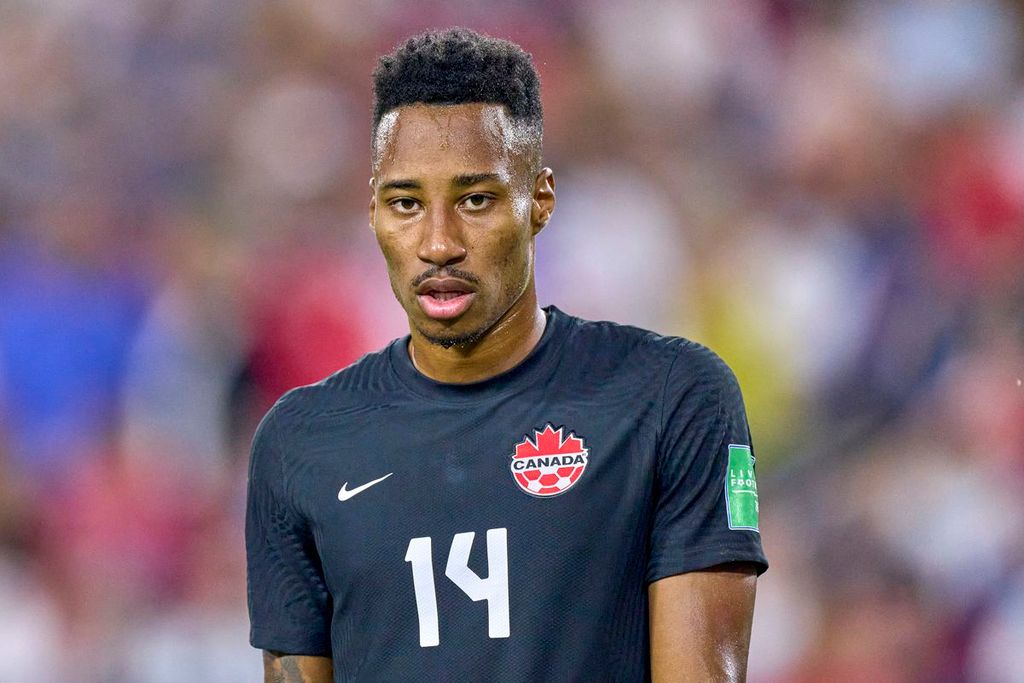 At the end of 2015, a 21-year-old Mark-Anthony Kaye unceremoniously left Toronto FC.

With just 21 appearances for TFC II to his name, it was a tough ending to his time with his hometown club for the Toronto native, who then took his talents south to the USL’s Louisville City.

But now, almost seven years later, Kaye is finally set to return home, as reports emerged on Friday that the 27-year-old midfielder is heading to Toronto FC via trade from the Colorado Rapids, with MLS’s Tom Bogert reporting that $1 million in GAM, a 2023 international roster spot, TFC’s 2022 first-round Super Draft pick and Ralph Priso are heading the other way, a move TFC officially announced later in the day.

It’s a huge price to pay for a player who once left the club for free, but that just shows how far Kaye has come, as he now returns to Toronto as a Supporters Shield winner, a one-time MLS All-Star and a full-fledged CanMNT international with 34 caps to his name, a far cry from the fresh-faced youngster he was back in the day.

In the midst of a big rebuild, one that has seen them furiously ship out a whole host of regulars, replacing them with the likes of Lorenzo Insigne and Domenico Criscito, among others, Kaye is a key addition for a TFC team needing midfield help.

Here’s a look at why Kaye could be the missing piece in that rebuild for Toronto, as he gets set to reunite with old LAFC head coach Bob Bradley north of the border.

Kaye among the best in MLS:

Make no mistake, despite his steep price, Kaye is a big addition for TFC, one that immediately bolsters their midfield group.

With 109 MLS appearances under his belt, in which he’s bagged 13 goals and added 18 primary assists, he’s known around the league as a reliable two-way midfield pivot, one capable of influencing the game on both sides of the ball.

In particular, he’s a very good tempo-setting midfielder, one that can help set the pace of the game through his passing and ball progression, allowing his team to control the middle of the field.

He’s also quite versatile, having played as a midfielder, a full back and as a winger over the past few years, in a whole host of different systems at LAFC, the Rapids and the CanMNT.

That’s reflected in the numbers, as if you look at his FBref scouting report, which compares him to his closest statistical comparables at his position in MLS on a per-90 minutes basis, his numbers pop up.

Compared to other midfielders in MLS over the past 365 days, he’s ranked in the top 20% of his position at non-penalty goals, non-penalty xG, expected assists, and non-penalty goals + assists, and is in the top 30% in in shots, shot-creating actions, progressive passes and progressive carries, reflecting his ability to create offence. And that’s despite being in what is seen as a down year for him, while often playing position.

(For reference, a look at what is seen as his best season, his 2019 campaign with LAFC, saw him in the top 15% of a lot of those categories).

So although there is no guarantee that he recaptures form, as it stands, he’s already a very good piece, and given the factors surrounding this trade, such as his return home and a reunion with Bob Bradley, there’s no reason why he can’t find his prior levels once again. 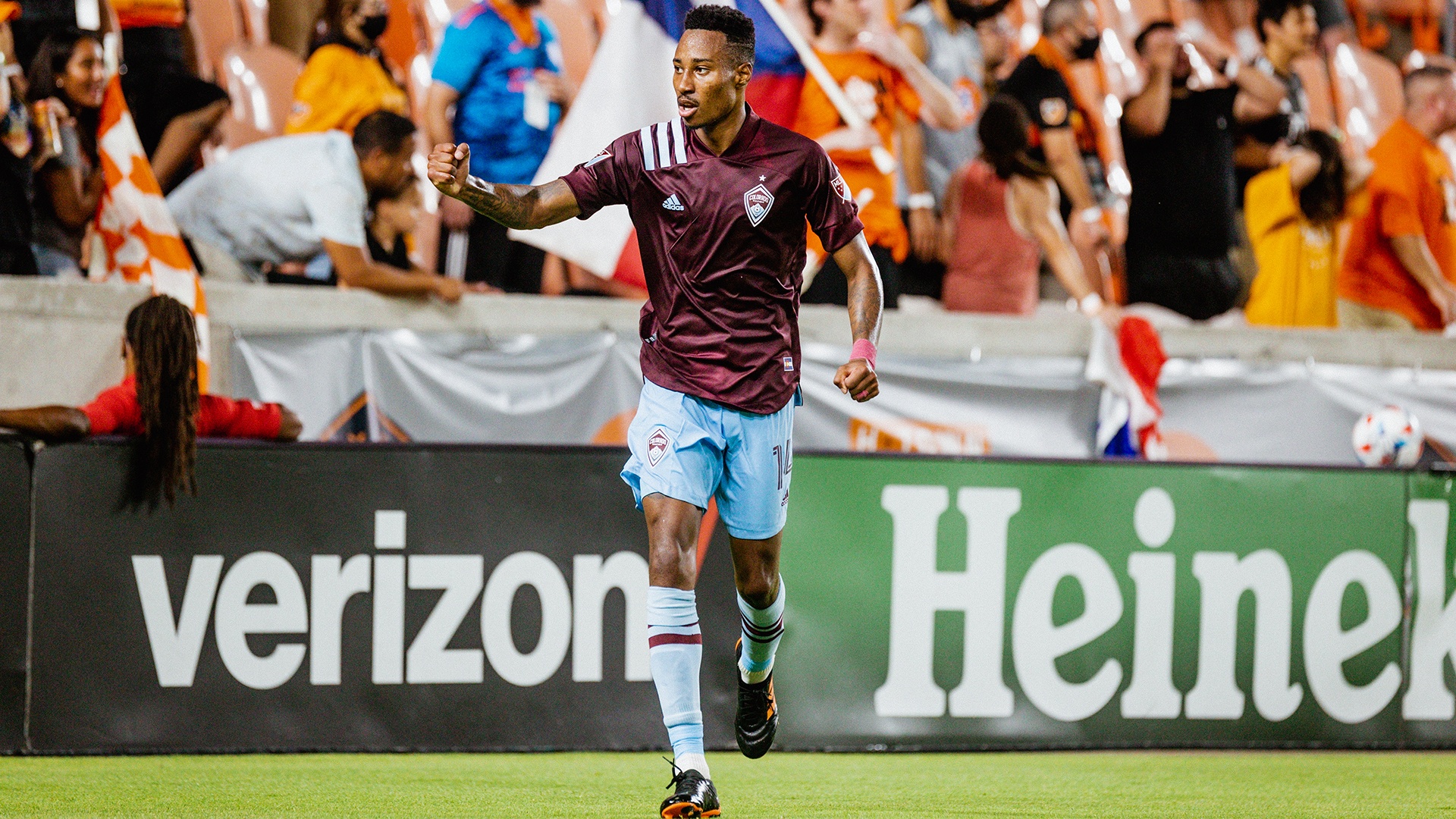 Fit a seamless one in TFC midfield:

Plus, one big component of this trade? The fact that Kaye is coming to a TFC team that sorely needs his services in midfield, giving him a clear path towards significant minutes at his preferred position, which is as a box-to-box #8.

Currently looking to play the 4-3-3 that he used in LAFC, it’d appear that the plan for Bob Bradley is to slot Kaye right into his old position in a midfield three with Michael Bradley and Jonathan Osorio, which you have to imagine is something that Kaye is quite excited about.

For a team that has a lot of attacking talent, especially with the addition of Lorenzo Insigne, along with the reported acquisition of Federico Bernardeschi, Kaye will also allow those two to get the ball more often, much as was the case with Carlos Vela and Diego Rossi back at LAFC.

On top of that, this is a good move long-term for TFC, too, as Kaye is still quite young, and as a non-DP domestic player, still allows them to make moves elsewhere, which could include signing a DP in midfield or in the defence (assuming Carlos Salcedo’s reported move goes through).

Therefore, this is a move that benefits TFC both today and tomorrow, which for a rebuilding team, is perfect, as they can really build around Kaye as a centrepiece in midfield.

For a hometown kid like Kaye, it doesn’t get much better than that, helping explain the excitement surrounding his return home.

The #CanMNT international was clearly feeling it today, as he nabbed his 3rd goal of the MLS season in a 2-0 win over Portland

And boy, was it a beauty. Cheeky dribble and finish

But while Kaye is the main piece in this trade, from a Canadian perspective, don’t sleep on the move of Priso to the Rapids, as the 19-year-old is a player with a lot of upside.

Able to play as both a defensive midfielder and as a #8, he has quickly become a prospect to watch for Toronto, where he’s already played 25 games in MLS over the past few years, scoring two goals.

More of a progressive ball-playing midfielder, he could be a good piece for the Rapids to work with long-term, especially if his stats are to mean anything. He’s only played 583 minutes over the past year, as he’s dealt with injuries, but despite that, his current FBref chart has him in the top 20% for midfielders in passes attempted, progressive passes, dribbles, pressures, tackles, interceptions and blocks, showing his ability to both destroy and progress as a midfielder.

That’s a skill that’s always valuable, especially for a 19-year-old like him, who is far from a finished product as a player.

Chasing a lead at home vs Atlanta, Priso has broken open the game late for #TFCLive, scoring a banger in the 79th minute to give his team the lead

What a way to score your first on the year. Banger from him#CanMNTpic.twitter.com/L8qzkJWCPw

So to head to a Rapids side where he’ll link up with head coach Robin Fraser, who has a reputation for working with young players dating back to his days as an assistant coach at TFC, is positive, both in terms of the fact that their paths probably crossed during that stint, as well as Fraser’s reputation.

Therefore, while Priso’s departure was a painful but necessary move for their club, there’s a lot to be excited about with his future, as he looks to break into the CanMNT one day.

He’s still a ways off, but if he can find his feet in MLS, there’s no reason why he can’t be in the discussion, especially with the opportunity that he’s about to get down in the Mile-High City.