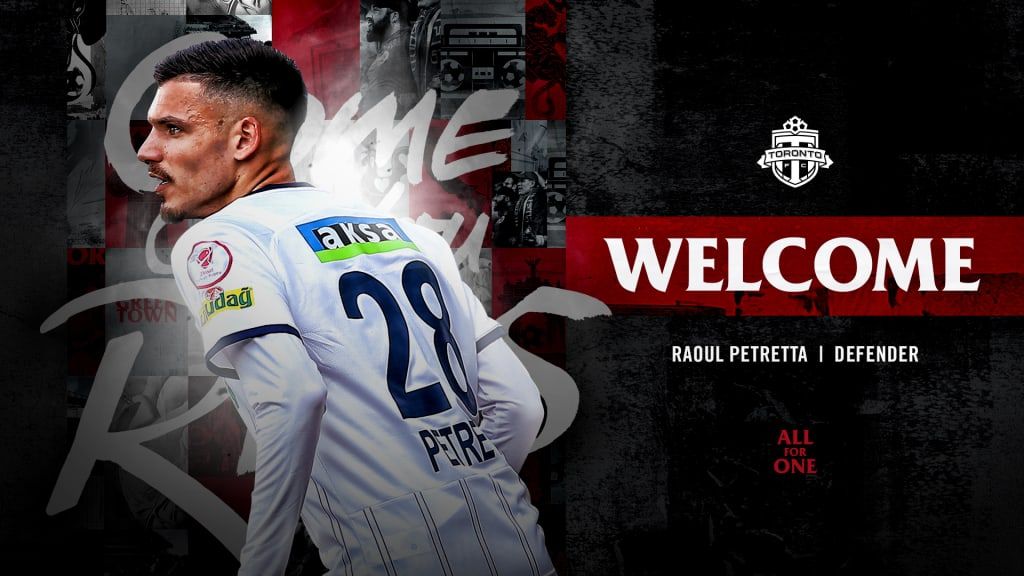 Toronto FC announced Tuesday the club has signed left-back Raoul Petretta out of Turkish club Kasımpaşa Spor Kulübü, using Targeted Allocation Money (TAM) through 2025 with an option for 2026 to complete the deal.

Petretta, 25, is described by head coach Bob Bradley as "an experienced young left-back who established himself in a strong European club and has gained experience playing at a high level in European competitions with FC Basel," with Bradley adding: "He is a smart passer, disciplined defender, and has the work rate to get up and down the left flank consistently.We are excited to have him join Toronto FC and strengthen our backline."

The Reds add Petretta having parted ways with their starting leftback from 2022, Domenico Criscito, who announced his retirement, left the city, then announced he would be returning to play just a few short months later before signing for his old club, Genoa.

Petretta brings with him four seasons of experience from FC Basel, where he featured 152 times across all competitions, scoring 10 goals and recording 12 assists along the way. The Italy youth international has also played in UEFA Champions League and Europa League fixtures.