PLATT: Breaking down the rebuild (so far) at Toronto FC

A legitimate case can be made that Toronto FC has been the worst team in Major League Soccer so far this season.

The Reds sit one point off the foot of the standings, propped up by the Chicago Fire and Vancouver Whitecaps. But it is their underlying numbers that present more cause for alarm: TFC’s expected goal difference (xGD) — a measure of the quality of their chances for and against — is a staggering -16.1, per FBRef, more than twice as bad as the next-worst team.

Toronto enters Tuesday’s Canadian Championship tie at HFX Wanderers winless in six, five of which have been losses.

Numerous injuries, illnesses, and suspensions amid what was already a massive roster overhaul following a disastrous 2021 season have combined to deal new coach Bob Bradley an almost impossible hand.

“This (process) is how you get to become a good team,” Bradley said after Saturday’s 2-2 draw at D.C. United. “This is the work. It’s hard work, I promise you. After every day, there’s a lot to do right now.”

In the short term, avoiding an upset in Nova Scotia will be far from straightforward. In the longer run, this may prove to be a more extended rebuild than most anticipated and the summer arrival of a superstar in Lorenzo Insigne will not solve all of the club's problems.

Amid the many challenges, there are some reasons for optimism.

Top of the list is the team’s effort level. In two of their three wins so far this season, TFC came from behind. They have also netted a couple of late equalizers to salvage draws.

Pointing out that the team does not simply down tools after conceding a goal may sound like faint praise, but on the back of last season it is a noticeable improvement. Toronto collected just 13 points from losing positions in 2021 despite spending an overwhelming amount of time trailing, conceding a league-worst 15 goals in the first 15 minutes of matches.

One of the first things Bradley did after being hired by TFC was to try to root out any players he did not sense were fully committed to taking the club forward. The list was long and headlined by two designated players in Yeferson Soteldo and Jozy Altidore.

But it still may not be complete.

Toronto’s third DP, Alejandro Pozuelo, spoke passionately in preseason about his desire to put a troubled 2021 season behind him and prove he is worthy of an extension to his contract, which expires at the end of the year. But Pozuelo’s form and work ethic has been inconsistent. In recent weeks, he has looked like a player who knows his time in Toronto is coming to an end. There is little expectation now that he will be offered fresh terms. 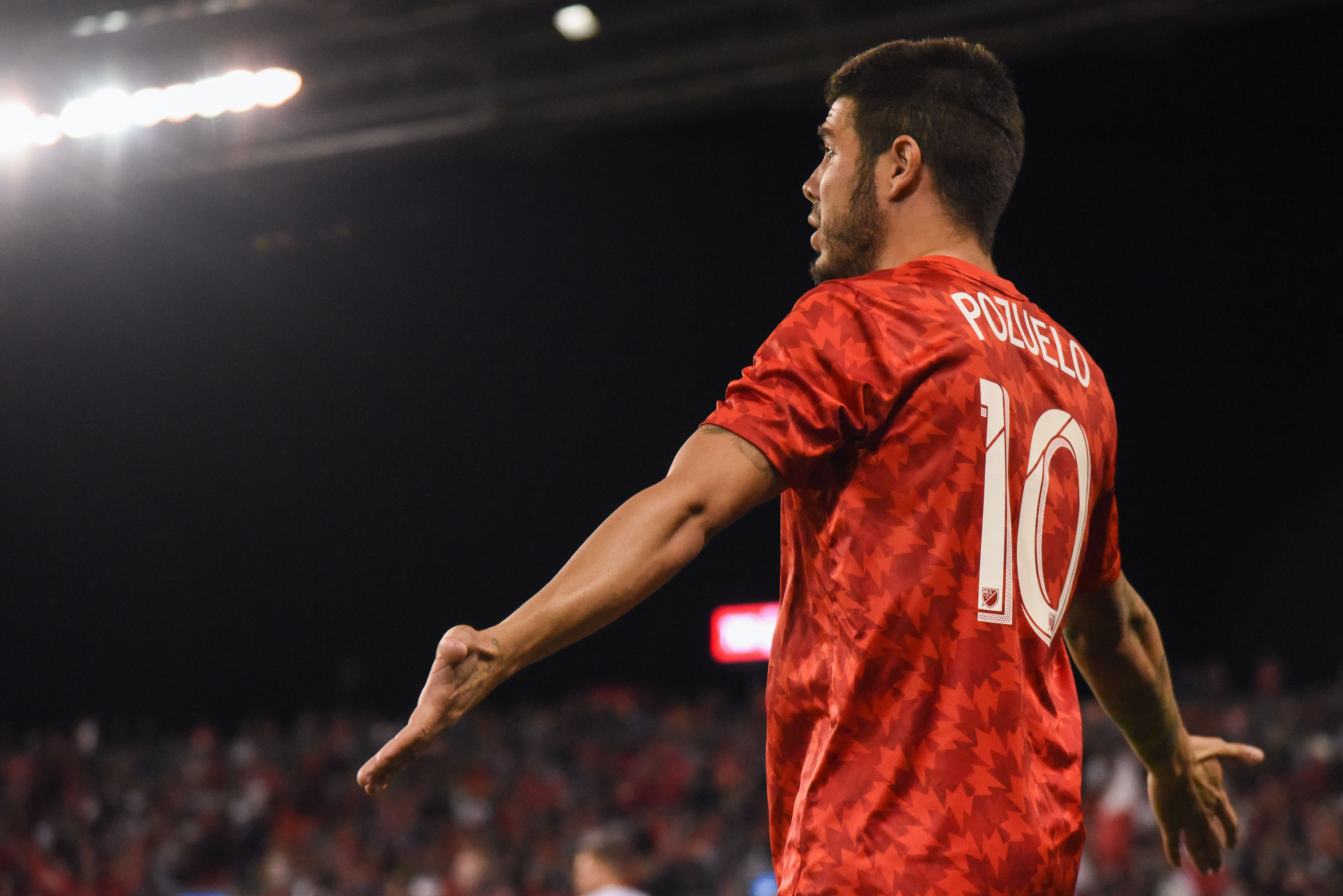 Unlike Greg Vanney, who found ways to hide the sometimes lacklustre defensive contributions of his star players, Bradley seems intent on building a more modern, high-pressing team. Pozuelo’s lack of awareness and intensity when TFC turn the ball over has made that challenging early on.

The roadblocks to a full implementation of Bradley’s tactical vision go beyond accommodating Pozuelo, however.

On Saturday against D.C. United, TFC’s problems early on were plentiful. Their attempts to press were disjointed and lacking urgency. When they attempted to trap D.C. on one side of the pitch, the hosts easily switched the play to the space on the other wing. In possession, Toronto tried to go forwards too quickly, resulting in a lack of sustained possession and an inability to organize themselves around the ball — which then made pressing when they lost it more difficult, and so the cycle continued.

Bradley reacted by changing from a 4-3-3 to a 4-4-2. TFC subsequently found it easier to defend the width of the pitch. A double pivot of Michael Bradley and Ralph Priso provided more presence in midfield. Jesus Jimenez linked the play well as a second striker, Ayo Akinola pushed the defence back, and DeAndre Kerr and Jayden Nelson found good spaces outside of D.C.’s central midfielders.

Ayo Akinola with the equalizer for @TorontoFC!

He just isn't missing from there. 🎯 pic.twitter.com/o6oDurAqaj

Bradley has given the team stability with in-game changes multiple times this season and deserves credit for it. But that he has frequently needed to do so points to his struggle to develop a consistent and coherent plan A with the players currently at his disposal.

“As a coaching staff, I think we find ourselves probably needing to adjust tactically at different times during the game,” Bradley said. “Once we get the team exactly where we want, that’s not going to be as necessary, that’s for sure.”

It is incredibly difficult to establish that plan A with lineups as young as TFC’s have been since Bradley took charge.

Toronto is currently second in MLS for minutes played by players born on January 1, 2000 or later with 3,840. That’s before you account for Lukas MacNaughton and Kadin Chung, who are older but also effectively MLS rookies.

New York Red Bulls lead the league in those minutes, but their two biggest contributors are Dru Yearwood, who was signed as a young DP, and Frankie Amaya, who cost around $1 million in allocation money. In third, New York City’s youngsters include imports such as Talles Magno, Santiago Rodriguez, and Thiago Andrade. In contrast, every player on the TFC list is an academy product.

Within that group, there has been some real positives.

Luca Petrasso has played with purpose on the left-hand side. Kosi Thompson makes a lot of good decisions for his age. Kerr has shown flashes of his athleticism and ability to progress the ball in dangerous areas. Nelson has moments of eye-catching invention. 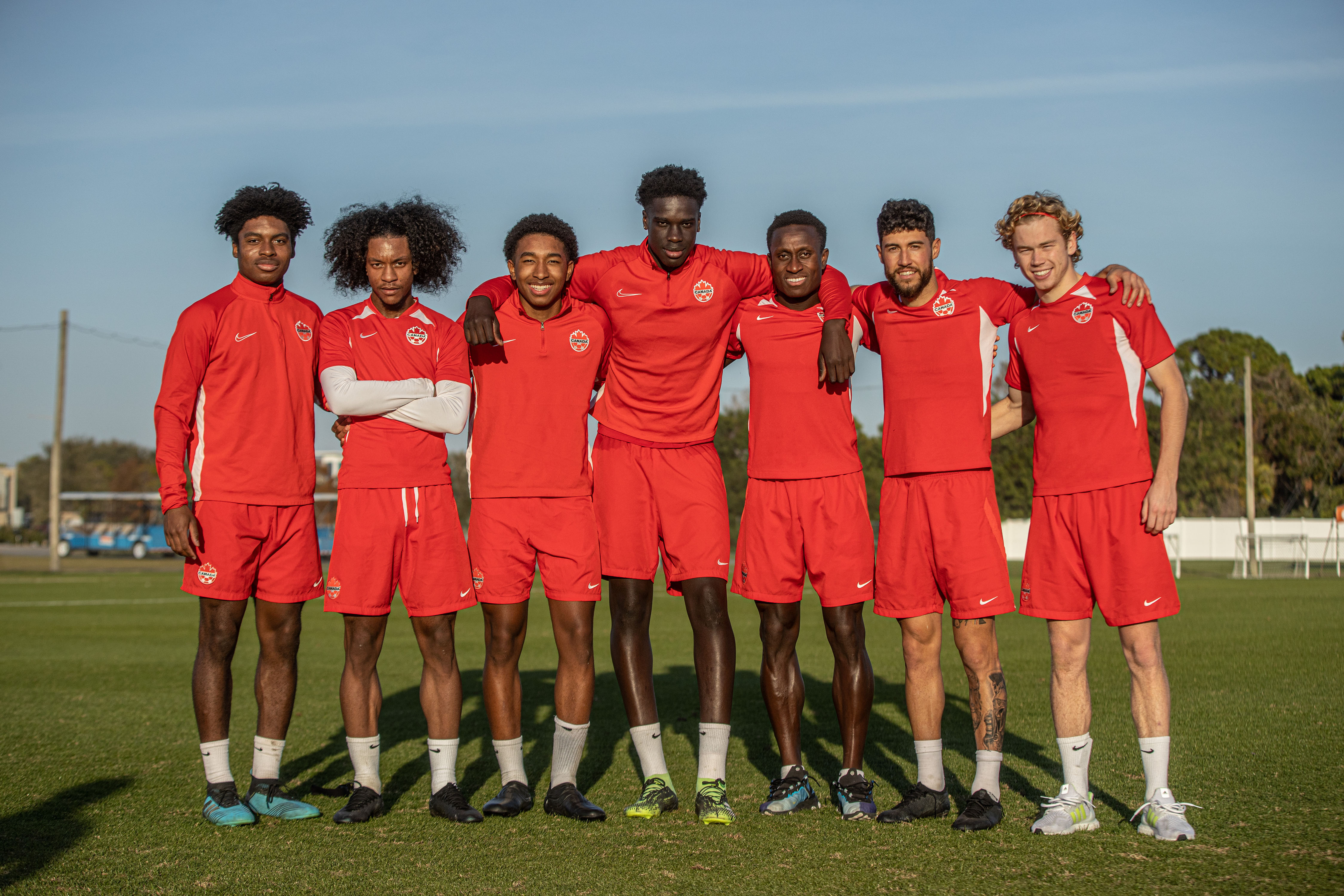 All of these players should have a future with TFC. But outside of Ayo Akinola and Ralph Priso, who are just getting going after long-term injuries, their presence in the starting XI feels way ahead of schedule.

A long list of exits and absences have combined to thrust them into roles they are not quite ready for. The hope will be that they emerge from this period as far better players than they entered it, even if that may be hard for them to appreciate in the moment amid all the losing.

If that is the case and TFC uses the next two transfer windows wisely, there could be real depth and competition in this squad in 2023.

For now, Bradley takes his team to Halifax searching for some relief for a beleaguered group.

Our OS Canadian Player of the Week

This is one of my favourite moments of the European season. Borjan is a champion of Serbia for the fifth time.

What a day for Milan Borjan! pic.twitter.com/TqmE1C8m9I

Another beautiful moment: Elijah Adekugbe, still working his way back to full fitness after an Achilles tear wiped out his 2021 season, grabs a late, late winner for Cavalry against Valour.

IMAGINE not watching 'til the end of this one 👀@CPLCavalryFC go up 2-1 over @ValourFootball with the THIRD late goal of this clash, as Elijah Adekugbe tucks home his game-winner 😎#CanPL | POST-GAME content 👉 https://t.co/hishXepRT3 pic.twitter.com/Uhun4zMZeF

“Your job now is to stand by your new manager. Me.” pic.twitter.com/enPlyHME1O