What happens next in Toronto has the potential to earn a significant chapter in the Major League Soccer history books. Arguably the league’s greatest coach will join forces with its highest-paid player in a city that has witnessed some of MLS’ highest highs and lowest lows.

The end result could be spectacular, but the road Bob Bradley will have to travel to get there is unlikely to be smooth. Lorenzo Insigne does not arrive until July, and before then Bradley’s to-do list includes implementing a new style of play, rebuilding the defence, breathing life back into the team’s only returning designated player, and nurturing several youngsters into first-team regulars.

Chris Armas faced many of the same challenges and the task proved too much for him. Bradley’s resume reads much longer; he feels like a natural fit for a city in which his son has had so much success. TFC is pointed in the right direction again, but can things come together quickly enough to make them relevant in 2022?

Who is the starting goalkeeper? Can two young, converted wingers adapt to full-back? Is Carlos Salcedo the man to lead a top-tier defence? What does Michael Bradley have left in the tank? Does Alejandro Pozuelo have the positional discipline and defensive aptitude to do what Bob Bradley will ask of him? Are there enough goals in the team with Ayo Akinola still sidelined by injury and Insigne a few months away?

There’s a few. But the one that will define TFC’s ability to get results out the gate will be how well this team plays without the ball, both in terms of its ability to press higher up the field and how a new-look back line defends the box.

Jahkeele Marshall-Rutty. The intensity of the spotlight shone on top Canadian prospects still does not quite compare to the most promising teenagers south of the border, but this 17-year-old is running them close.

Marshall-Rutty has been labelled the most exciting young player in North America since Alphonso Davies and had a $20 million price tag placed on his head — all before logging 500 minutes of first-team football. That number will grow this season as he enters the campaign as TFC’s starting right-back, a position at which his long-term future appears to lie having come through the system as a winger.

5 — The number of players (minimum 1,500 minutes played) who have scored more goals per 90 minutes than Akinola over the past two MLS seasons. They are Raul Ruidiaz, Chicharito, Ola Kamara, Daryl Dike, and Josef Martinez.

Can TFC stay in touch with the playoff line through the spring? If so, Akinola’s return, Insigne’s arrival, and further summer signings could spark a second-half surge that takes them into the postseason with momentum. 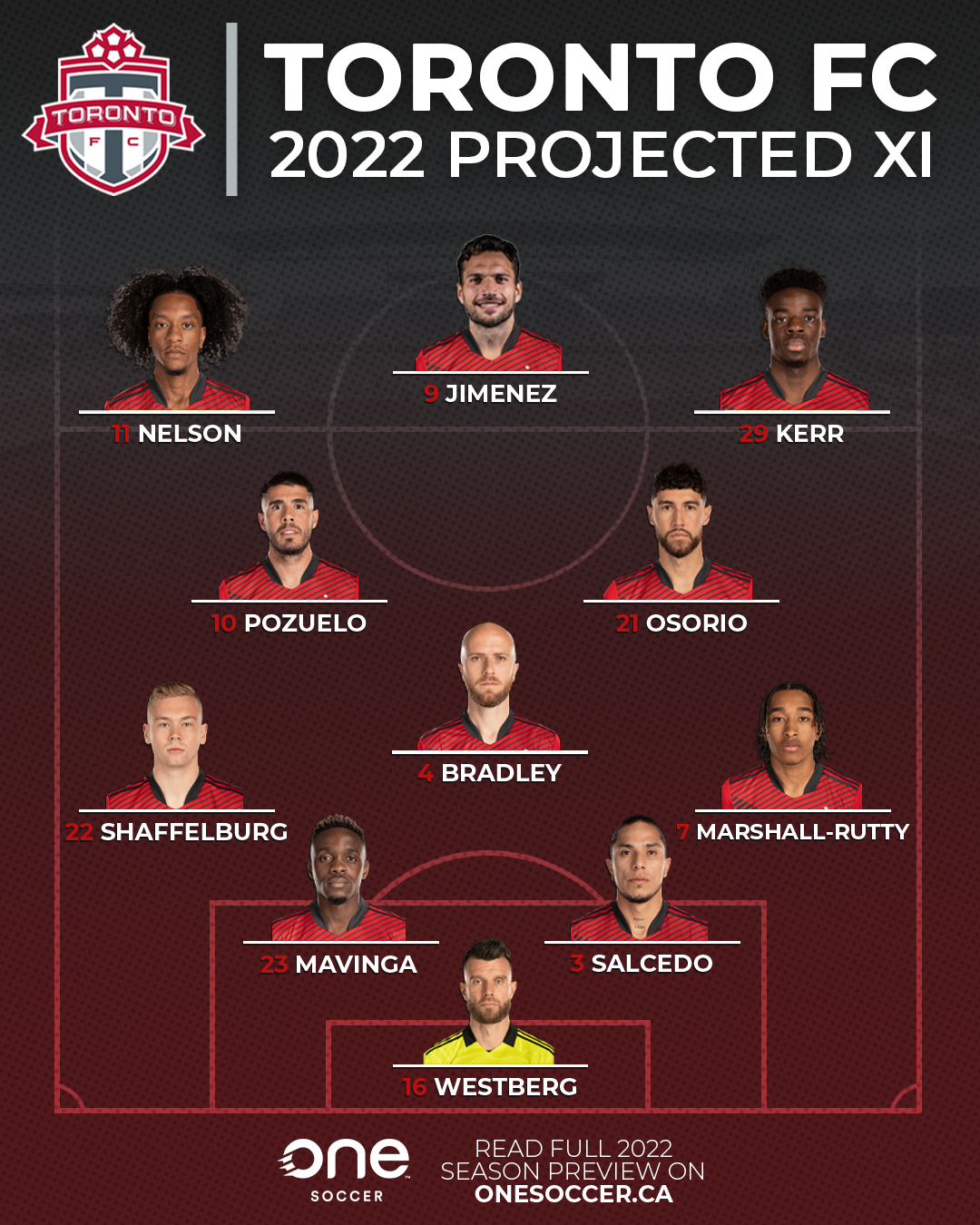