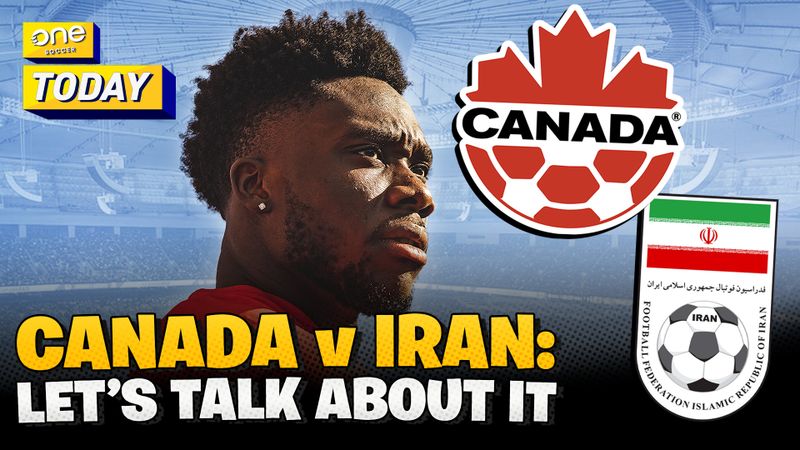 Spring rebirth or cold of winter: How far along is Toronto FC's rebuilding project? TORONTO – When you watch a football club change over the years, you tend to notice it gradually, as a leaf changes colours. A summer of flourish, the inevitable fall, the cold, long winter, and a spring of rebirth. Repeat ad infinitum.

Toronto FC fans reckon they're about to smell sweet spring flowers any day now; I'd offer they're still in frosty days, reminiscent, somewhat, to those of yesteryear under the aptly-named Aron Winter.

A quick look through the Reds' first Starting XI of the season suggests it, but the surest sign of it is the sudden emphasis on playing young, academy-graduated prospects.

The faith given to them often masks a harsher truth – the roster is nowhere near ready to compete, thus, we offer our own the opportunity instead. Grasp it if you can.

Trust the kids... for now

Much as Winter insisted the likes of Matt Stinson, Oscar Cordon, Keith Makubuya and Nicolas Lindsay represented a real and genuine opportunity for the team, new head coach Bob Bradley's first go at the helm of these Reds promises something of the same out of players like Jayden Nelson, Noble Okello, Ralph Priso, and, chiefly, Jahkeele Marshall-Rutty.

Each offer a level of composed play and skill beyond their years. Including them in season's planning makes sense, naturally.

Better yet, young, locally-developed players can be and are often forgiven for making mistakes that low-quality, anyone-will-do trade acquisitions, for instance, cannot - at least among the most ardent of supporters.

Much has been made of these young stars, highly-touted and attracting multi-million dollar interest from abroad.

Yet, it can be said with confidence that none would get a whiff of starting lineups on those sunny summer days of 2017.

No matter the level of optimism and hype surrounding these potential "next Alphonso Davies" hopefuls, their inclusion - in Marshall-Rutty's case, well out of position - represents the reality that Toronto FC remains smack dab in the cold middle of their rebuild. And that's not a bad thing. You can't add 20-plus new players over one off-season, logistically or otherwise.

Still, the rhetoric surrounding their inclusion is one of deep trust and faith.

"We had very young guys on the field today, but I think this is a positive for those individuals to have that chance, and for the club, for Bob in trusting those guys," offered Jonathan Osorio, following Toronto's 2022 opening 1-1 draw at FC Dallas. "We have to trust the young guys, and give them that belief that they can go and do that job."

Trust is a very difficult thing to find in the world of football, though.

It must first be earned.

"Jahkeele playing right-back, maybe it's not so familiar in this position in their careers yet, but for Bob to have that belief in him to go and learn on the fly? We know these are young players; we have to live with the fact that they're going to make mistakes. It's normal," Osorio continued.

"But I think Bob does a good job of emphasizing that they have to learn from those mistakes quickly, and the quicker they can do that, the better they're going to get, and the more they improve, the more they help the team."

That's the hope, certainly. But it is a pragmatic one. This situation does not arise if Richie Laryea and Auro Jr. chose to stay in Toronto. Marshall-Rutty's opportunity would have to come elsewhere on the pitch.

Therein lies the rub. If this chance is to become a permanent stake, these young players have to earn it right here, right now.

Let's be clear; none of this is to say that Marshall-Rutty and co. aren't capable of becoming the next big things in Major League Soccer.

By all early indications, Marshall-Rutty - a $20-million valued attacker - is living right up to the billing, MLS Team of the Week honours et al, early days still.

How's that for a first impression? 💫@jahkeelerutty gets the nod in the Week 1 @MLS Team of the Week.#TFCLive

And, perhaps, that's exactly the hope here anyway - give Marshall-Rutty a real and genuine chance to prove his potential before selling him to the highest bidder in Europe, all while continuing to move the pieces needed to really build a competitive Toronto squad over the course of many off-seasons and transfer windows.

Most importantly, it is a healthy indicator that the club's academy program is working beautifully. It should not be taken for granted that there are quality players even being developed locally, regardless of outcome.

Some of these young players can certainly become stalwarts of the club, much like Osorio. And there's a reason for optimism here, too.

Under Winter, TFC academy prospects were given that same chance, but failed to grasp it, and it all fell apart for a hundred different reasons, but the biggest? A lack of guidance.

"I know I'm one of the veteran guys on the team, so I have to help whenever they need my help, whenever they ask," Osorio offered. "I'm always available, and they know that. I'm at a stage in my career where I'm learning to lead in the best way possible.

"The young guys did great today and we've just got to keep pushing them and putting that belief in them so that they feel comfortable when on the field to express themselves, and play free. That's what it's about; players are at their best when they play free, and aren't so close-minded. So, this is a role I'm going to try to keep improving in."