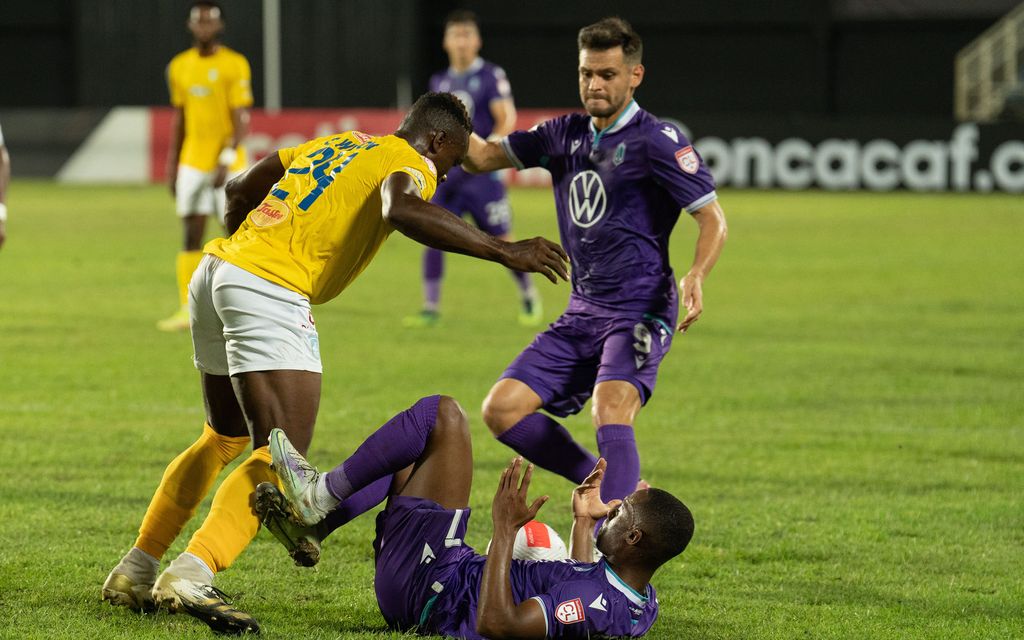 Pacific FC takes on Jamaican outfit Waterhouse FC in Leg 2 of the 2022 Concacaf League preliminary round, having drawn 0-0 in Leg 1. Here's everything you need to know about the return leg at Starlight Stadium (available on OneSoccer).

The task, in theory, is simple for Pacific FC on Tuesday night in Leg 2 of their Concacaf League preliminary tie. A win of any type over Jamaican side Waterhouse FC would be enough to see them through to the round of 16.

The Tridents find themselves in this position for the home fixture of this two-legged tie after last week’s game down in Jamaica ended 0-0 at Sabina Park. So, perhaps it’s advantage home side, as Pacific look to get the job done in front of a strong Starlight Stadium crowd. That said, the away goals rule does mean Pacific will have to be particularly careful not to concede after not scoring in the first leg.

“In this tournament you have to take care of the defensive duties because every moment counts,” Pacific captain Jamar Dixon said on Monday. “I told the boys I know we wanted a win [in Jamaica], but a 0-0 result is still beneficial for us coming back home. We know when we’re here, playing in front of our fans and family and friends, they’re like the 12th man so we’ve got to use that motivation.”

Since that game down in Kingston, Pacific added another three points to their total back in Canadian Premier League action on Saturday. They fell behind early in Winnipeg against Valour FC, but a pair of second-half goals within two minutes of each other from Alejandro Díaz were enough to reverse the deficit and claim a 2-1 victory.

Pacific briefly returned to the top of the table after that game, although Forge FC’s win on Sunday night put the Hammers slightly back in front on the wins tiebreaker, with both sides now on 32 points.

Waterhouse, meanwhile, have been fully focused on this second leg all week long, with their domestic season having wrapped up at the end of June. The club are traditional heavyweights in Jamaica, having topped the table the past three seasons (although they haven’t quite succeeded in the playoffs to lift the trophy). They score more goals than any side in Jamaica, and they concede fewer.

Plus, the Jamaican side does have recent experience in the Concacaf League, having been to the tournament’s quarterfinals in 2019 and the round of 16 in 2020. As such, they’ll have slightly more experience than Pacific in these knife’s-edge continental ties.

Still, there’s an abundance of confidence on Vancouver Island at the moment, with the club flying high in league play and knowing all they need is a win to advance to the next round of this tournament, where Costa Rican giants Herediano await.

Make your match picks prior to kickoff at canpl.ca/predictor for a chance to win prizes, including the grand prize of a trip to the 2022 CPL Final! To learn more about ComeOn!, click here.

All CPL matches are available to stream on OneSoccer, or on TELUS Optik TV Channel 980.

“They’re dynamic. They’ve got speed and power, and they like to play in those transition moments and caused problems some problems. They’re quite organized in their defensive shape as well. That’s part of a first leg, we learned a lot about them, about who we’re playing and what we need to do.” — Pacific FC head coach James Merriman

“It’s gonna take a lot of teamwork. It’s very simple from us, we know we need to keep goals out of the net, and we need to put a lot in on them, it’s as simple as that. We’ve done well in Jamaica to keep it level.” — Pacific FC captain Jamar Dixon