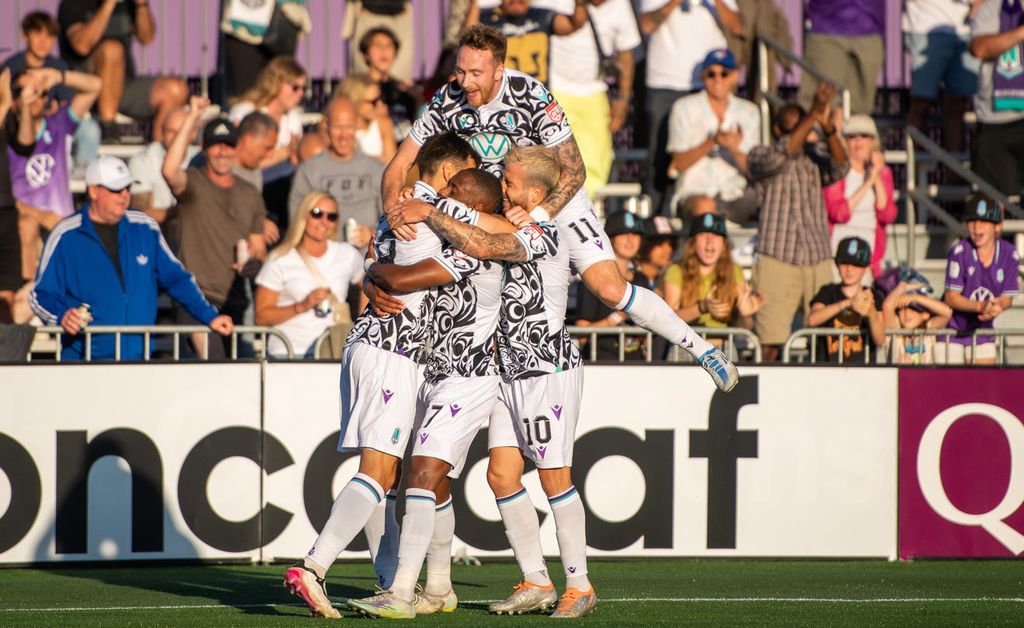 Pacific FC returns to Concacaf League action hosting Costa Rican outfit C.S. Herediano in Leg 1 of the tournament's Round of 16 - here's everything you NEED to know about the CPL's champs' chances.

After passing their first test with flying colours in the Concacaf League, Pacific FC will need to level up in a big way for the next round.

On Tuesday, they meet Costa Rican giants CS Herediano at Starlight Stadium for the first leg of the competition’s round of 16. In just their second ever Concacaf home match, Pacific will meet a team with a storied history both in this competition and beyond.

That was their first continental title, but Herediano has a long and storied history of winning since being founded in June of 1921. In the following century, they have picked up 29 Costa Rican league championships and have appeared fairly regularly in both the CONCACAF Champions’ Cup and the current-day Concacaf Champions League.

Herediano look like they are well on their way to picking up more silverware this year, as they have five wins and a draw through six matches this year in the Primera División Apertura. They lead the league with 13 goals scored, and have conceded just four.

“We know and we respect them and the players are extremely excited to test themselves, and measure themselves, and take on the challenge head-on,” said Pacific FC head coach James Merriman. “We’re in good form, we’re in a good way, there is a good energy within our team. Everyone is excited for the opportunity. We’re a team, but also individually for our players to test themselves against quality opposition and obviously some quality players in their squad. Overall, I think there is a real genuine excitement to challenge ourselves.”

Pacific have actually been in a very similar run of form to Herediano of late. They too have five wins and a draw in their last six league matches and have scored 16 goals in that time. They scored an additional six in a dominant home leg against Waterhouse in the Concacaf League preliminary round.

Ten of those aforementioned 22 goals in all competitions, including a hat-trick in Concacaf League, however, came from Alejandro Diaz who has since departed for the Norwegian second flight (where he has already scored). As a result, Pacific will need to find goals from different sources.

On the inverse side, however, they have also conceded nine goals during their last six matches. While only one of those has come in their last three, they have averaged roughly 1.3 goals against per match during CPL action this season.

Defensively they will have to be at their very best as away goals and home matches are both critical in Concacaf. Just ask Forge, who in last year’s Concacaf League competition matched up with Costa Rican side Santos de Guápiles in the quarterfinal. They would lose the away leg 3-1, but would then turn the tie around 3-0 at Tim Hortons Field.

“It is extremely important, especially knowing the night before the game you get to sleep in your own bed, you know what kind of food you are going to eat, you know what I mean?” said Pacific FC captain Jamar Dixon of Tuesday’s home match. “You know the pitch, and you know you have the fans behind you which is our 12th man. So it is great to have that, it is amazing to play at Starlight Stadium in front of our family and friends and these just amazing fans. Whenever we are here we always feel we have the upper hand”.

Pacific has lost just once at Starlight Stadium in 10 CPL matches so far this year. This is a trend that extends back to last season, where they picked up a league-high 29 points in 14 home matches.

Perhaps no bigger match, and certainly no more historic opponent, has graced the pitch in Langford than Herediano. As such, Starlight Stadium’s status as a fortress will be put to the ultimate test, but Pacific will be looking for yet another historic night on the Island.

All CPL matches are available to stream on OneSoccer, or on TELUS Optik TV Channel 980.

“We hope for a great crowd and a good energy from our supporters. We will run, and we will work and give everything that we can for them.” — Pacific FC head coach James Merriman

“I have talked to the guys and it is a matter of just taking care of what is in front of you. We can’t focus on the future. A lot of us have never been to this stage in our footballing career so I think it is important to just stay focused on the game at hand and don’t look to far ahead and we also forget we need to enjoy the moment as well.” — Pacific FC midfield captain Jamar Dixon