'Our most important trophy': Whitecaps revel in Voyageurs Cup glory with eye to road ahead

The Vancouver Whitecaps have shaken off Canadian Championship missteps of yesteryear, navigating a road fraught with obstacles, and now, on Wednesday morning, awake as the country's top club and winners of the Voyageurs Cup.

It was by no means an easy task, with the Caps' downing Toronto FC on PKs in the final on Tuesday evening inf ront of a raucous record crowd at BC Place.

In the process, they were able to erase years of torment that this tournament has provided, capping it off with a result against a team that has typically dominated them in this competition, making victory taste all that much sweeter. From their "CPL curse" to four previous finals losses against TFC, Tristan Blackmon's final penalty kick has officially turned the page to a new chapter in Whitecaps lore.

"We want to approach this tournament like it is the most important objective of the year," Whitecaps head coach Vanni Sartini proclaimed ahead of their first game against Valour.

"This is a priority; I'd say even a bigger priority than MLS," he added.

The road to this moment of glory was paved in triumphs and tribulations.

A 2-0 win over Valour in the preliminary round wasn't without an early scare, and it also took a late equalizer and penalties for the Whitecaps to squeeze by Cavalry FC. Add to it a narrow 2-1 semi-final win over York United, and it's not as if the Whitecaps had come into the final having blown the door down.

Contrast that to Toronto FC, who squeezed past HFX Wanderers FC in the quarter-finals before making quick work of CF Montreal in a 4-0 semi-final result, and the Reds showed their credentials as a team who has won this trophy eight times prior. It made it hard to see how the Whitecaps would be able to finish the job in the final, particularly with the added injection of new Italian and Canadian internationals in the squad.

You could only wonder how the Whitecaps would respond to facing off against an improved team that has haunted them so often, especially given their past struggles in big games. It was a tall ask for Vancouver.

But sometimes, to make steel, you have to go through the fire, and despite having all of those factors against them, the Whitecaps didn't shy away from any challenge right from the first minute. 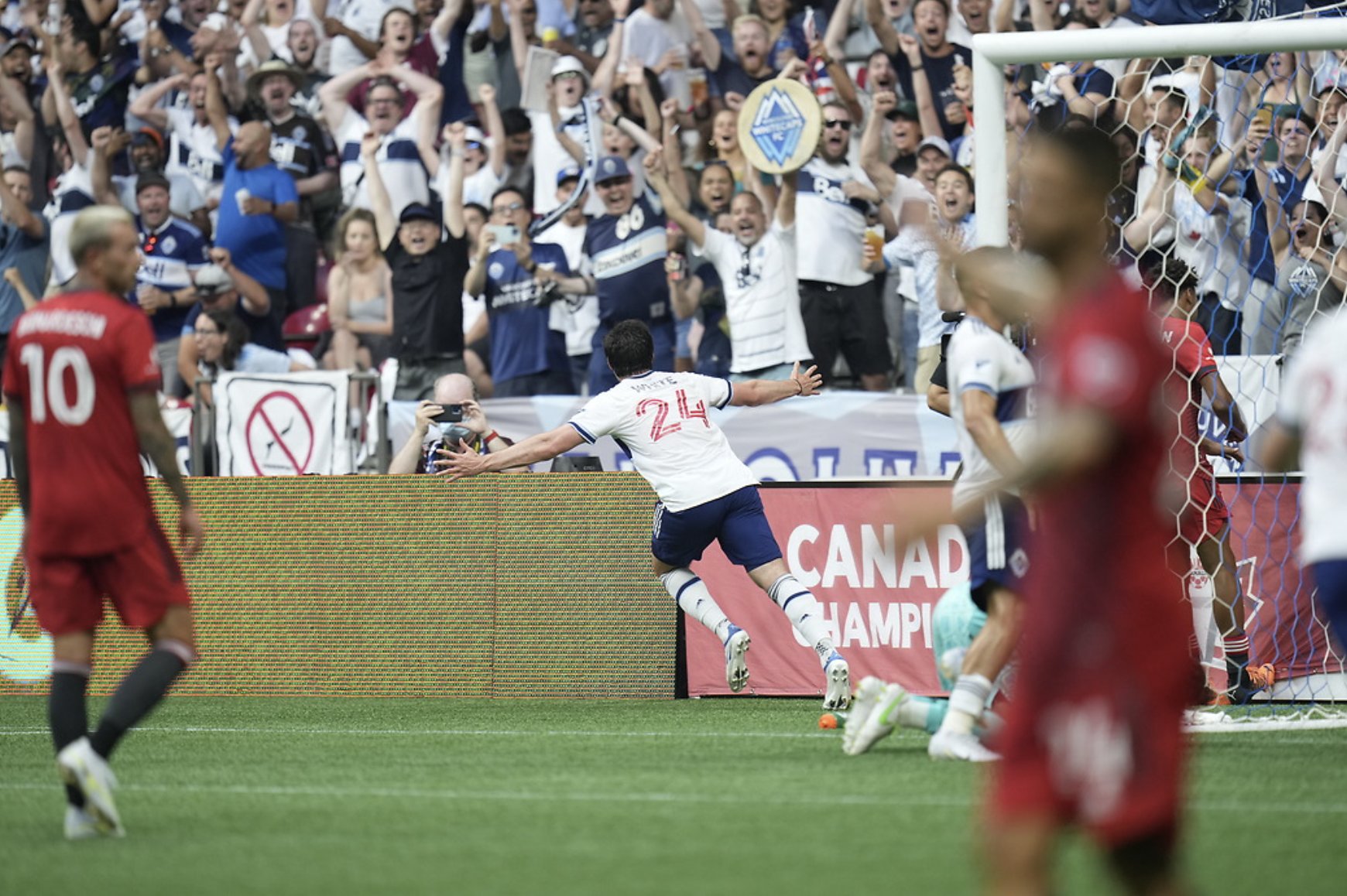 With a squad they've been carefully building for the past three seasons, scouring lesser-viewed leagues and trying to unearth any market inefficiency possible despite calls to chase after bigger fish, the plan all came together in this one-legged final.

The Whitecaps sat resolute in their 3-4-2-1 formation, and bent but didn't break as Toronto tried to run play through their talented Italian attackers, who were hardly given an inch to work with for most of the game from their Vancouver counterparts. A first-half 1-0 lead helped boost confidence, too.

Of course, as is so often the case with the Whitecaps, they made things tougher for themselves in the end. All it took was an extra half inch conceded to Federico Bernardeschi, who punished them with a glorious assist to send the game to penalties. But despite that set back, the Whitecaps otherwise had a lot to be satisfied with how they approached the game, particularly in defence.

It was quite the journey to get there, but finally, they'd made it back to the spotlight, making good on the promise that they made a few months prior.

"We said from day one that the Canadian Championship was our most important trophy," Sartini said, post-game. "We didn't do well in the last previous years, so it means everything because it shows that we’re a very good team."

Now, not only have the Whitecaps conquered this mountain, but they stand confident in their mission to conquer the many more that lie ahead.

It feels easy to forget, but this team did qualify for the MLS Cup playoffs last year, the lone Canadian side to do so, and are certainly in the race to do it again this year.

Plus, they'll also have the Concacaf Champions League to contend early next year, another competition they're looking to take quite seriously, particularly after Seattle's own recent triumph.

So although the moment of enjoying a trophy that they suffered so hard for feels extra good for them right now, the hard work is far from done for Vancouver.

"If we play like this for the next 12 games in the league, we are going to be good," Sartini said, assuredly.. "It's something we have to build on."

He added: "Tonight, it's beautiful; we will get drunk, and tomorrow we rest... but Saturday, we go to Nashville to chase three points again."