Nagelsmann: Davies 'feels fine' but must remain disciplined in recovery 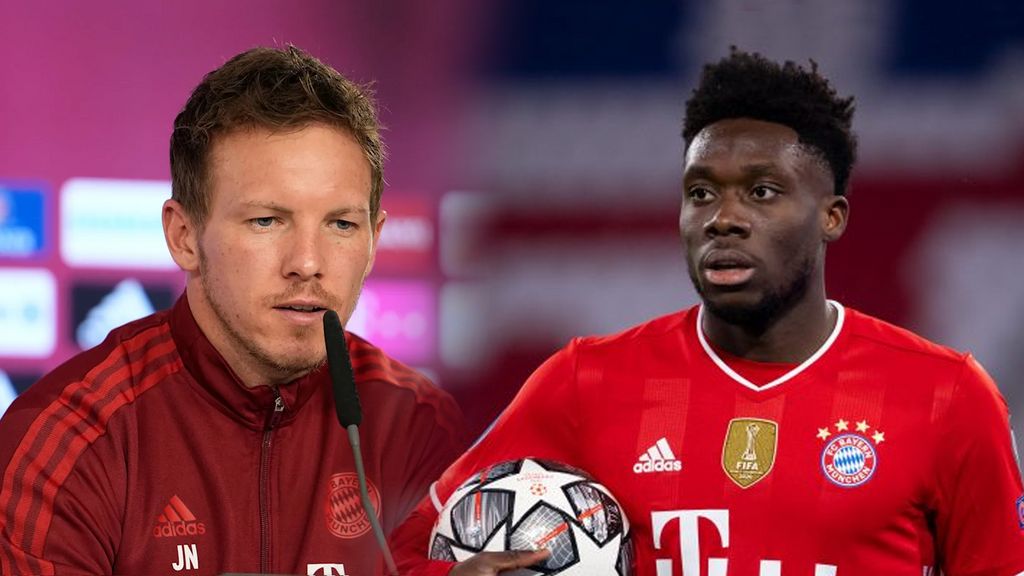 Bayern Munich head coach Julian Nagelsmann offered an update on Canadian superstar Alphonso Davies on Friday, telling reporters that Davies in good spirits and has been "extremely professional" about his recovery.

Davies, 21, was diagnosed with a mild case of myocarditis following a positive COVID-19 infection, and was sidelined for Canada's January World Cup Qualifying window as a result.

While Canada would go on to take all nine points out of Honduras, the United States and El Salvador without Davies in the ranks, the absence of the Canadian superstar was still felt in camp.

Davies, instead, took to his Twitch channel to offer his live reactions to Canada's successes in WCQ, as he continued his recovery at home.

But, speaking to the assembled German press ahead of Bayern Munich's next match against Eintracht Frankfurt on Saturday, Nagelsmann cautioned "cold, hard discpline" when dealing with the stages of recovery.

"With Alphonso Davies, we have to wait for the results of the examination, but I just saw him; he’s fine," Nagelsmann offered the club website, via translation.

"That’s the problem with all these cardiac issues - you don’t always feel what’s going on, so you need this cold, hard discipline to listen to your body. He's extremely professional though, particularly considering his age."