MLS IN REVIEW: Back three for TFC & Whitecaps' midfield woes

Nine games and not a single victory. It's something of an understatement to say that Canada's three MLS clubs remain a work in progress.

All have offered glimmers of hope, but who is going to figure things out first? Let's dive into another weekend's worth of action.

Can Montreal dig themselves out of a hole?

Let’s be clear: no coach who wants his team to build out from the back is asking them to do this:

What a sequence for @NYCFC. pic.twitter.com/MxBnWVR03E

That produced this half-time reaction from Montreal coach Wilfried Nancy:

Triple sub at HT and Wilfried Nancy says on the TVA broadcast: "We need to think when we play."

I’m not suggesting, as some do, that there is ‘a time and a place’ for this kind of build-up play and Sebastian Breza should hoof the ball long any time he senses any kind of risk.

So, how much trouble are they in after a third consecutive defeat? Excluding the 2020 COVID-affected season, Montreal is the sixth team since 2016 to have started 0-0-3. Three of the previous five made the playoffs and two didn’t. It’s not quite time to press the panic button.

Nancy thinks his team will need 13 wins to make the playoffs, and there’s plenty of time to get them. But Atlanta will not be an easy place to end the losing start on the back of another midweek tilt against Cruz Azul.

Is a back three the answer for TFC?

Toronto’s 2-1 loss at Columbus was a mixed bag. On the one hand, we saw their best 30 minutes of the season and what felt like some good solutions to the problems present in the first two games of the campaign. On the other, the remaining 60 minutes comprised of near-constant Crew pressure that eventually saw the Reds’ resistance break.

Bob Bradley’s switch to a back three was logical. If he is committed to his young full-backs, adding an extra centre-back gives them the security to be go forwards and play to their strengths. Michael Bradley has struggled to break up play in midfield and sliding him into the middle of the defence makes the outside centre-backs the more aggressive ball winners instead. This all makes sense. 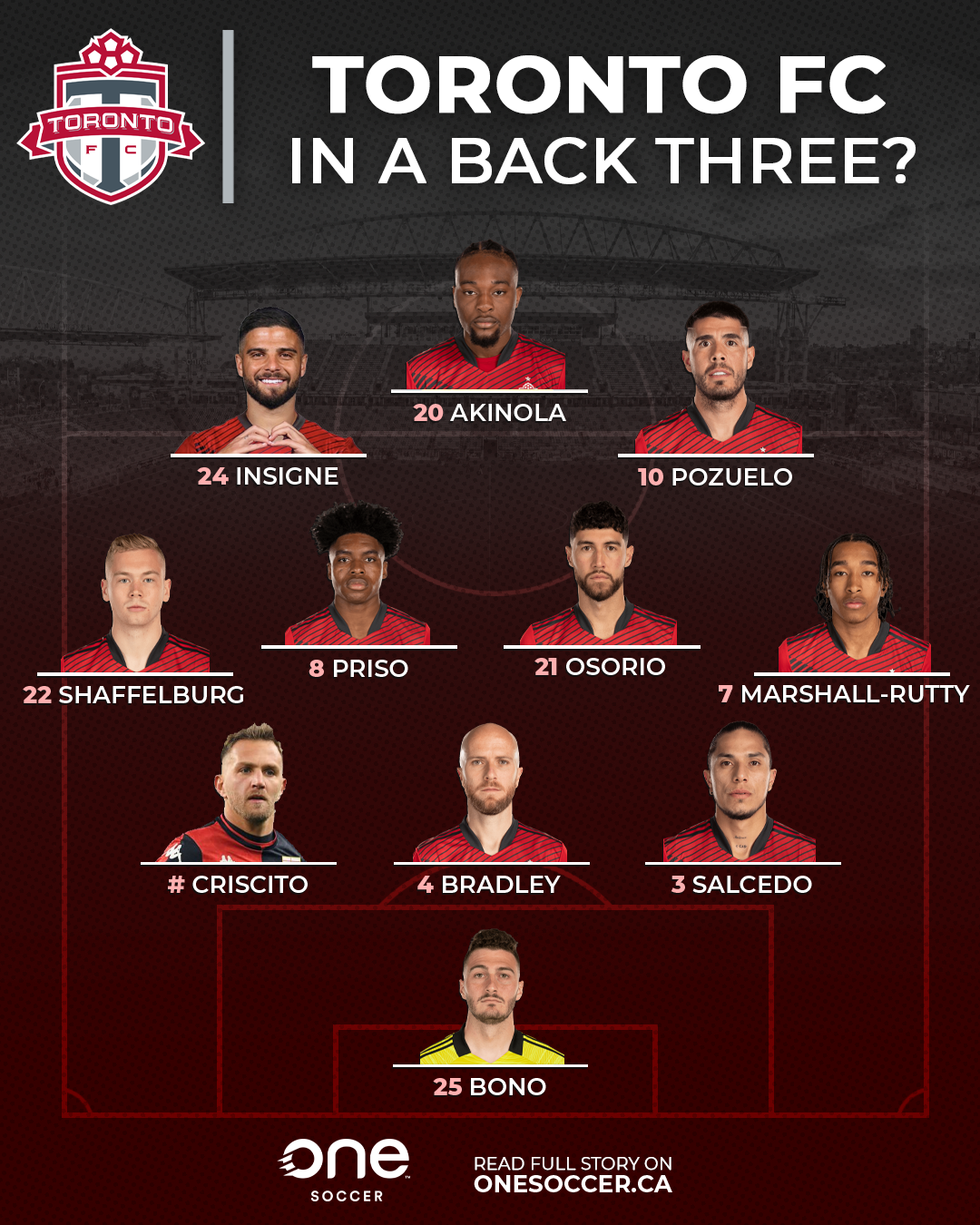 The other significant conclusion it’s becoming difficult to avoid is that Alejandro Pozuelo cannot really be considered a midfielder.

He wants to play close to the striker(s), he can’t be trusted with too much of a defensive burden, and trying to change that feels like a waste of time — especially when he continues to be so productive when operating in those advanced areas.

There seemed to be an acceptance of that in Bradley’s system change, which saw Pozuelo play more as part of the front three. The Spaniard responded by creating four chances from open play — double his output in the first two games combined.

TFC lacks a calming influence in midfield and makes too many careless errors — hardly surprising given the inexperience of the team right now. I said at the start of the season that the immediate task is to stay in touch with the playoff line and build a team for Lorenzo Insigne’s arrival. There will be losses in that process. This is what a rebuild looks like.

How can Whitecaps fix their midfield?

It’s becoming hard not to sound like a broken record on the Whitecaps, but here we go again: while both are honest players, you cannot expect to make much noise in this league with a midfield pairing of Russell Teibert and Leonard Owusu.

The problem for Vanni Sartini right now is the lack of alternatives. Michael Baldisimo was benched after a difficult first start in Columbus. Caio Alexandre has not been seen since August. Sebastian Berhalter may be worth a shot — and may get one at LAFC next weekend.

In Houston, two Dynamo midfielders took control. Panama international Coco Carrasquilla ran the show and Darwin Quintero made the difference, scoring both goals. LAFC has been rolling out Kellyn Acosta, Ilie Sanchez, and Jose Cifuentes. How can you expect Vancouver took get any kind of foothold in that game?

Vancouver has a slot open for a designated player that can be given to either a young DP or one earning no more than $1.6 million. The transfer window does not close until May 4.

Right now, the Whitecaps feel too much like Toronto: a team having to work really hard every week to grind out the points it needs just to stay in touch with the playoff line. TFC is starting from scratch. Vancouver was supposed to be kicking on after a return to the playoffs last year.