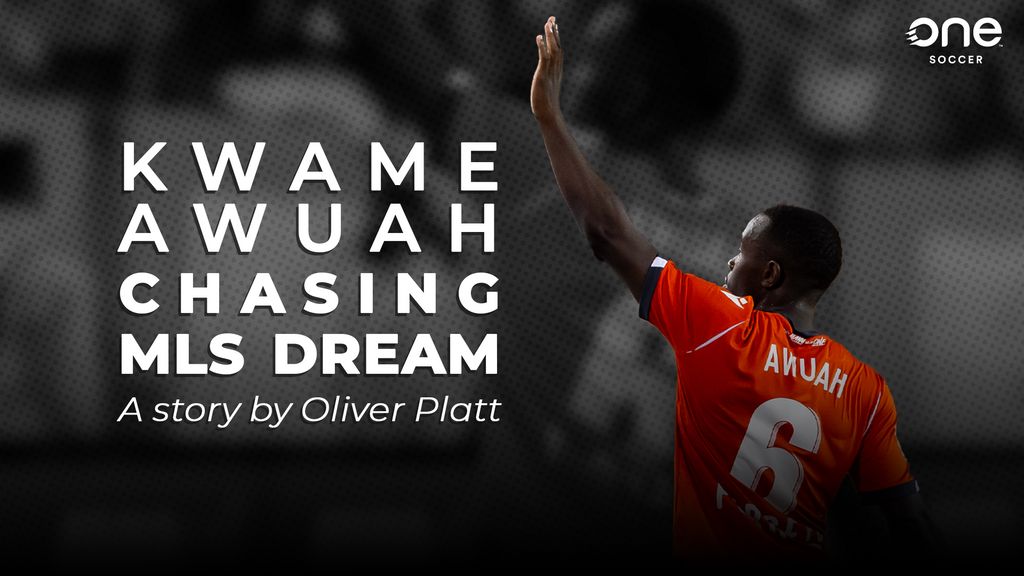 There is Richie Laryea, who grew up across the street from Awuah and attended the same high school while both received their footballing education in Bobby Smyrniotis’ Sigma academy. Cyle Larin was at Sigma, too, along with many others now in the professional game.

Then there was his first stop on the pro circuit. At New York City FC, Awuah was immersed in the glamour of the City Football Group, learning from coach Patrick Vieira and teammates that included David Villa and Andrea Pirlo. Jack Harrison, drafted first overall by NYCFC the year before Awuah was taken 16th, now plays for Leeds United in the Premier League.

There is inspiration to be found in the stories of those he has shared a pitch with.

And as Awuah takes the plunge of walking away from Forge and the Canadian Premier League in a bid to advance his career, they serve as constant reminders of where he wants to be.

“Three years ago, you didn’t know if (Laryea) would even have a team after leaving Orlando City,” Awuah told OneSoccer. “Three years later, he’s at Nottingham Forest.

“Everyone has their own pathway. I look at these guys like, damn, I’d like to be in their place, but it’s not from an envy point of view. It’s always from a (view of) wow, if they can make it, then I can make it too because we were all at one point at the same level.

“Those are guys I’ve actually seen live and played with live. I like to see them doing damage to the guys that we grew up watching.”

Awuah decided to leave Forge after winning two Canadian Premier League titles in three seasons, determined to prove that he was good enough for MLS.

His first opportunity came with the Vancouver Whitecaps, who invited him to their preseason training camp. A contract offer was not forthcoming, but Awuah came away reinvigorated by his experience with Whitecaps head coach Vanni Sartini.

“That was like, at least I have some reassurance that if it’s not meant to be here, because of the roster situation, I can definitely do it somewhere else.”

Awuah will have to wait a little longer for the MLS return he has been striving for. But in the coming days, he will be signing with a club that will give him a strong chance of fulfilling that ambition in 2023.

With the advent of the CPL and the national teams thriving, there has never been a better time to be a Canadian footballer. But the climb up the ladder of world football remains a gruelling one.

There’s evidence of that in how hard Awuah has had to work for his next opportunity. He has been on a constant mission to add to his game season by season, absorbing the coaching of Vieira and Smyrniotis and developing a particularly obsessive attention to detail since joining Forge.

“Because of my drive to get back to MLS, I was like, no, it has to be soccer 24/7,” Awuah explained. “Any opportunity I had, I’d watch my game film, watch my actions, good or bad, every game.

“After a season I’d watch all my actions throughout the whole season and analyze what I could have done better. Even if I made a good decision, what was a better decision with all the options?”

The level of care was evident in his play. Forge may have lost the CPL final but the quality of their football has never been higher than it was in 2021, and Awuah’s best season as a professional was an integral part of it.

Few who watched him would argue that he is not ready for the next step. But ability is only part of the equation; he also needs someone to give him a chance.

“Sometimes you’ve got to take a step back to take two steps forward,” Awuah reflected. “Sometimes it’s just, maybe it’s not my time but I’m going to keep working hard.

“Eventually there’s going to be someone out there that’s going to look at your game and say, ‘I need this in my team.’”