Janine Beckie on CanWNT fight for equality: 'In our eyes, equal pay is equal dollars'

Coming off a 0-0 draw against South Korea in a preparation match for next week's Concacaf W Championship (available on OneSoccer), the newly-minted Portland Thorns winger provided an update on how things stand when it comes to negotiations for equal pay, after the topic was raised by their CanMNT counterparts amid their own match protest.

"I think the collective mindset is the best possible format for all people and teams involved," Beckie told OneSoccer, in the video above. "I think that's the premise that we're operating on.

"There are still conversations to be had, and things to be done, but we're moving in a really positive direction.

"It will be a monumental deal regardless of what the terms end at.

"It's safe to say we're moving very much in the right direction, with some work to be done, but we won't settle until we're happy with what's happening." 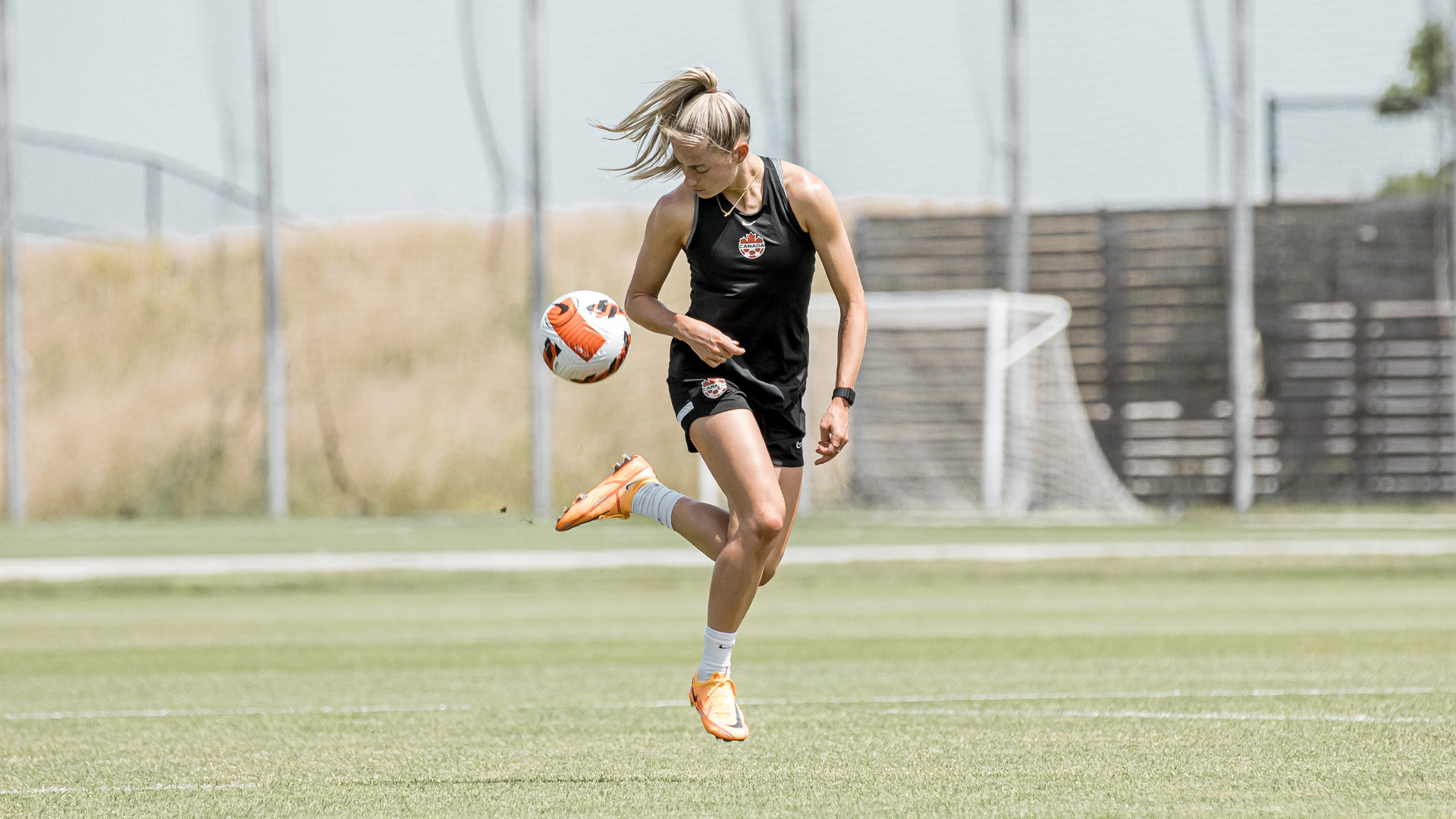 Beckie and her teammates are heading into a World Cup and Olympic and Concacaf W Gold Cup qualification tournament, looking to secure their spots in all three competitions with as high a finish as possible in the Concacaf W Championship, and, with it, make another run at Olympic gold, while hunting to become the region's – and the world's – top team, too.

While the men's national team successfully qualified for the 2022 FIFA World Cup – ending a dry spell extending to 1986 – their next match window proved controversial, as the team first protested playing against Iran, and then opted to sit out and cancel their appearance in a friendly against Panama.

The players released a list of desired changes for Canada Soccer, which included a new equitable pay structure with the women's team.

And, while captain Atiba Hutchinson later came out in support of an equal pay arrangement, Beckie and her CanWNT teammates are making it clear - equal pay means equal pay.

"In our eyes, equal dollars is equal pay," Beckie affirmed. "How we get there has yet to be determined. Those conversations are happening.

"There are a lot of moving pieces to it; that's what a lot of people don't understand. It's not as black-and-white as it sounds.

"It's a big discussion, the discrepency in FIFA money that teams receive when they qualify for a World Cup – that's something that has to be taken into consideration."

Beckie added: "If Spain, Holland, the U.S. are signing equal pay deals, the next step is to put pressure on FIFA to close that gap, because then it makes it not as difficult on federations to give equal pay to both teams, which is absolutely what every federation in the world should be doing. It makes it more difficult when the discrepency is so big.

"That's a call to action for FIFA to change that. Hopefully we see a raise in the FIFA prize money next summer, which we're planning on seeing."

Ultimately, for Beckie, the need for change comes down to a simple desire – improve things where they can, so that future generations experience fewer barriers to success with each passing cycle.

"It's not our job to just kick a ball around a field; it's to make this a better place to live, and a better federation to play in than it has been this whole time," Beckie offered.

"We want to leave places better than we found it. We're well on our way there."