'It was worth it': Lisandro Cabrera reflects on 543-day wait for York United debut

That’s how long York United’s striker Lisandro Cabrera had to wait to make his much-anticipated debut for the club that signed him on November 18th, 2020.

On May 15th vs Valour FC at IG Field in Winnipeg, the 24-year old Argentine striker finally saw the pitch for the Nine Stripes.

Five hundred and forty-three days. It may very well be the longest wait in world soccer history. It was so long a wait that when Cabrera signed for York United, they were still called York9 FC.

How do you survive exile for so long?

"Luckily, I was never not playing!" Cabrera told OneSoccer, when reflecting on his extended absence from the team he so eagerly awaited to join. "I was staying in rhythm, staying fit and in competition.

"It would be very different if I hadn't been active ... honestly, I would have looked for another option." 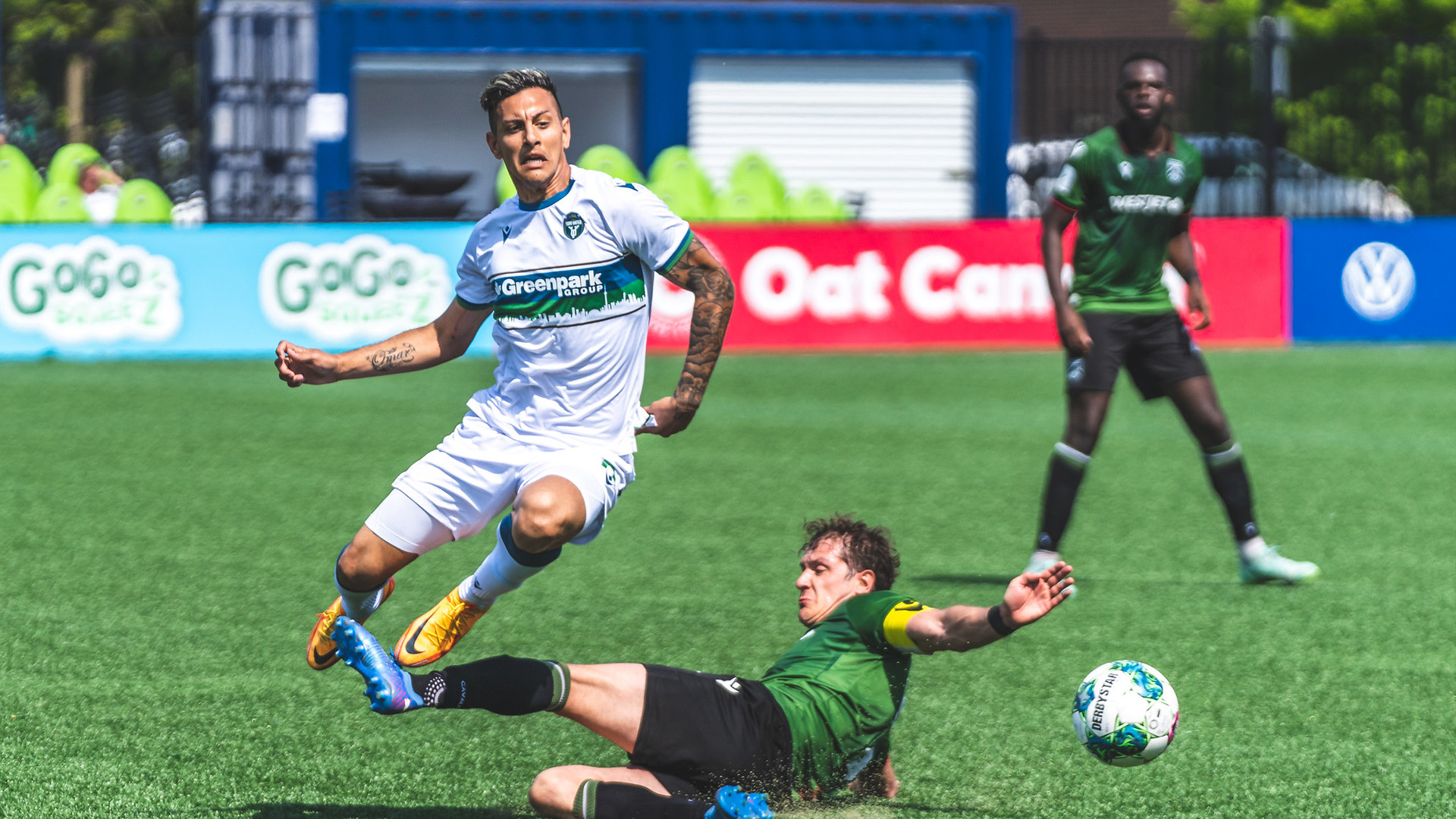 If there is anything that the last two years have taught us, it's the value of patience. And Cabrera had no choice but to be patient.

Cabrera knew staying in Argentina was not an option. While York United was getting ready to play a bubble tournament on Prince Edward Island, Cabrera was dealing with embassies and governments, trying, like many of CPL's internationals in limbo, to sort out a visa situation in the middle of a global health crisis.

York United, however, was clever. Rather than force the issue and miss out entirely, the club managed a new arrangement. A team called Atletico Pantoja in the Dominican Republic desperately needed a striker.

Suddenly, Cabrera was headed to the Caribbean on loan.

"They told me there was a big cup tournament to play in, and that it was important," Cabrera recalled. "It would be a great place to showcase myself. It would help me stay competitive.

"And it was a beautiful experience."

Making history, away from his future

York United supporters first heard of Cabrera's exploits before he had ever kicked a ball for their team.

In another bizarre twist to this tale, Cabrera made Canadian Premier League history without ever actually playing in the CPL.

Atletico Pantoja had been squared up against Liga MX side Monterrey in the CONCACAF Champions League back in April.

With a cheeky goal between the 'keepers legs, Cabrera became the first ever contracted CPL player to score in the most prestigious competition of the region.

"That kind of accomplishment makes you proud," he reflected. "To be a part of the history of a club, and an entire country as well? It's a great feeling."

History was made in @TheChampions last night... by a @yorkutdfc player!

So what kept Cabrera motivated all this time?

When some players may have given up and tried to get out of contract, Cabrera stayed put – in part because of the "constant contact" that York United's staff maintained with him over those 546 days.

"Honestly, I looked at the league and I wanted to experience this," Cabrera said. "I wanted to come and give my all, to reach my fullest potential. But the truth is, yes, I had to wait a long time.

"York have been very good to me. Even if I couldn't come in, they sent me out on loan. But that desire remained. So I put up with the wait. They were always checking up on me while I was away. That felt very good, because they kept me in mind, even if I wasn't with the team."

York United has finally got their man in camp. On May 15th, 2022, Cabrera finally made his Nine Stripes debut.

Now, he's working to adapting to a new environment – a challenge for any player, local or international. Nailing down the tactics, working under a new manager, playing on turf as opposed to natural grass, all obstacles to overcome. Not knowing the language is another big one. It takes extreme discipline to train by yourself. Luckily, in Mateo Hernandez, Cabrera has found a friend – and a roomie – to learn alongside.

The rest is about the soccer.

"The manager is slowly easing me in because he sees I may still have a ways to go or he doesn’t want me to get injured," Cabrera explained. "These days, it's about taking things slow. Obviously, I want to come in and score goals for this team – it hasn’t happened yet, but I'm craving them." 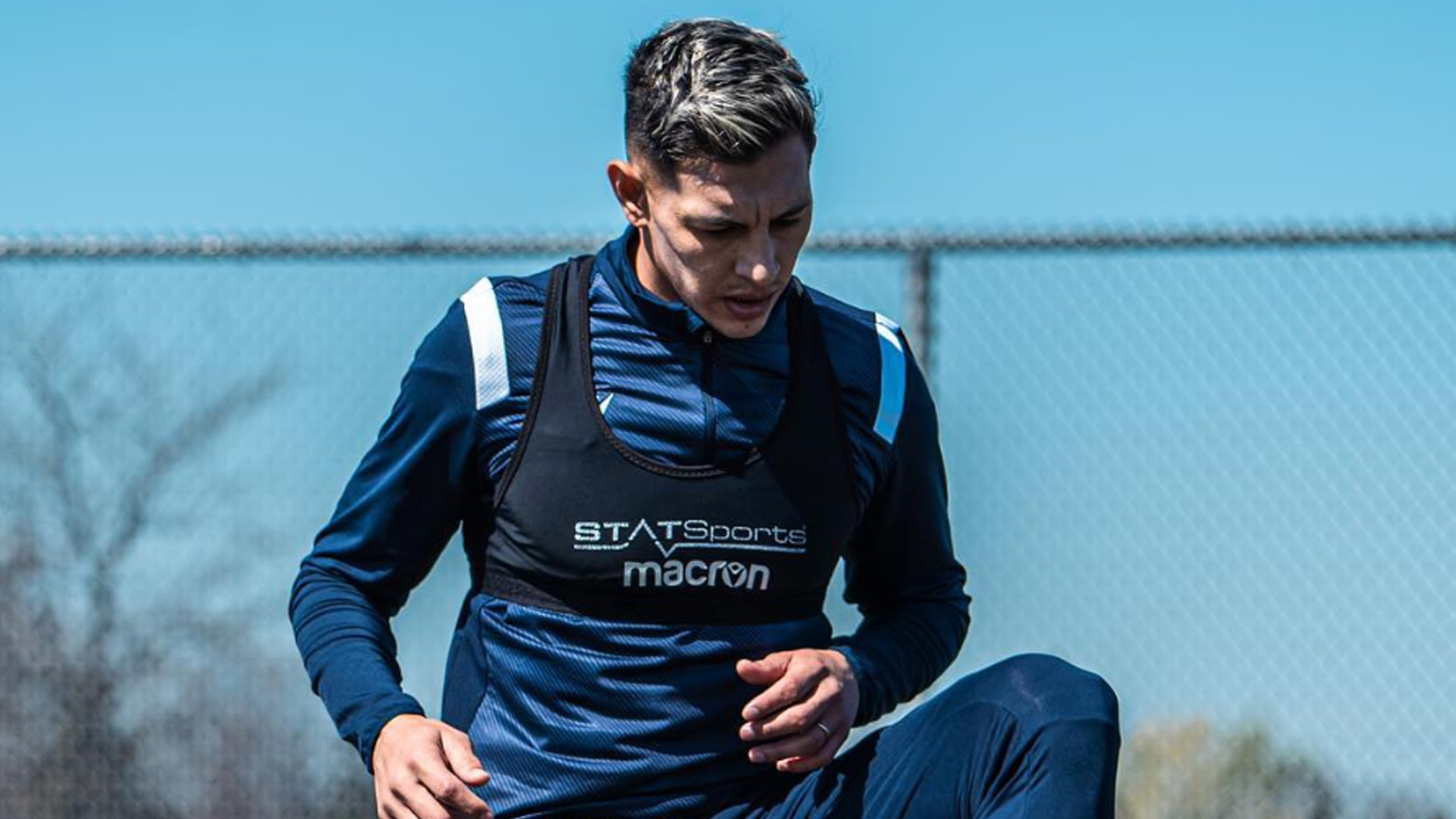 The 24-year-old striker is clearly hungry. While he may not have lifted a trophy at the several clubs he’s been at during his young career – where he has scored six goals in 52 professional appearances across all competitions in the the Americas – he’s come to York with a purpose. He's here to win, no matter what.

"You've got to have those ambitions. You work so hard for that. Nobody does this to not want to win," Cabrera affirmed. "It may happen, it may not, but on a personal note, I'm going for everything.

"I want to be a champion. I want to accomplish big things with York. I want to qualify for the Concacaf Champions League. These are important things. I want them all."