TORONTO – As Toronto FC chases a record-ninth Voyageurs Cup on Tuesday night in Vancouver, all eyes will be on Lorenzo Insigne and Federico Bernardeschi.

The two Italian internationals made their much-anticipated debut on Saturday in a 4-0 win over Charlotte FC, and Toronto FC head coach Bob Bradley confirmed the two are "ready to go" for the 2022 Canadian Championship final on Tuesday, available on OneSoccer (10PM ET / 7PM PT).

Form and fitness remain question marks for both Insigne and Bernardeschi, though their 45-minute spell against Charlotte suggests the transition to MLS action won't be particularly bothersome for either player.

"The main thing you try to do when you try to bring players into the team – especially talented guys like that – is make sure that everybody gets a sense of what things they bring to the team, the spots that they go to look for the ball, their ideas when they get the ball, etc," Toronto head coach Bob Bradley said ahead of the match.

"Both have qualities to make passes, move forward, create opportunities, and both give us good options on set pieces."

Those qualities were immediately felt on the field, as both Insigne and Bernardeschi notched their first assists in TFC red, with the latter also scoring an excellent debut goal.

The two were subbed out at half-time in anticipation for the final, a decision Insigne called "a good choice" after the match.

"I just want to recover and be ready for Tuesday," the former Napoli man said.

The addition of the two Italian wingers completely changes the way the 2022 Canadian Championship final will be approached.

Whitecaps head coach Vanni Sartini said as much, when previewing the match with Andi Petrillo.

"Our strength is our organization. We need to limit their top players. We don't have to hide that," Sartini told OneSoccer.

He continued: "In my opinion, if Insigne and Bernardeschi are at 100 percent of their fitness, they are the best players in the league – number one and number two. There's no Bale, there's no Vela, there's no nothing. They're the best. So, in order to limit the best players in the league, the only way is to limit the source of service to them. If you go 1-on-1 with those players, sooner or later, you're going to be beaten.

"We need to be aggressive in the right way; win a lot of balls in the middle third, not play too much in our final third, and try to exploit the fact that Toronto is a team that like to attack with a lot of players, so sometimes they leave space, especially in transition, on the counter-attack." 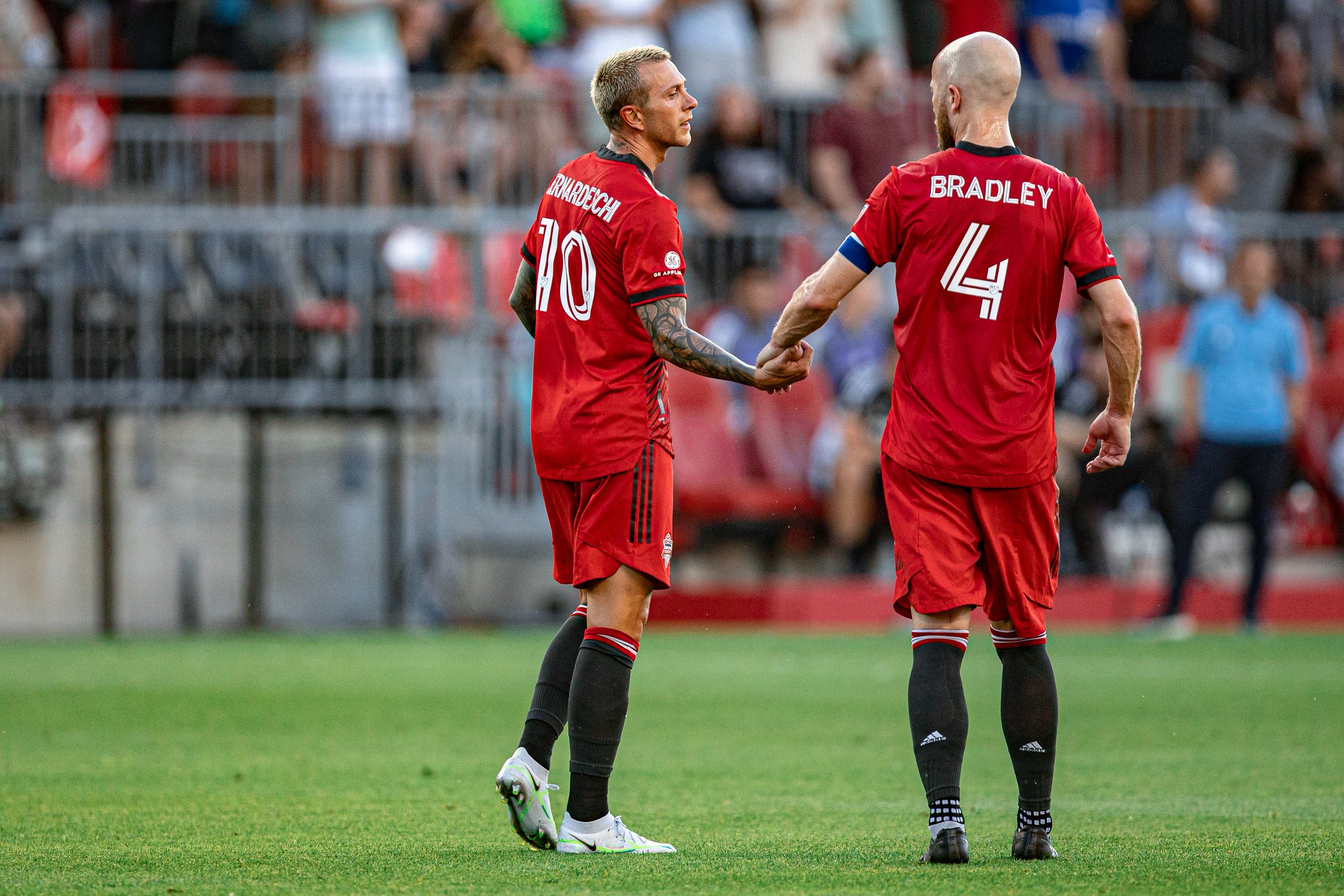 For Toronto FC captain Michael Bradley, the opportunity to clinch the Voyageurs Cup serves to kick off the next chapter of the club's ambitious rebuild.

"It's been great in every way," Bradley told reporters, of the arrival of Insigne and Bernardeschi.

"They've come in and just established right away how excited they are to be here. Of course, when training starts, you can see the quality. You can see the experience they have, the skill, the way that they can, just in a few short days, raise the level of what we're doing."

Though the Reds remain outside the playoff line, Bradley hopes a strong showing in the Canadian Championship final helps ignite the momentum needed to make a late-season push.

"One game at a time. That's where we are right now," Bradley said. "It's the only way for us to approach things. We have thirteen league games left, and a cup final, and it's one game at a time."