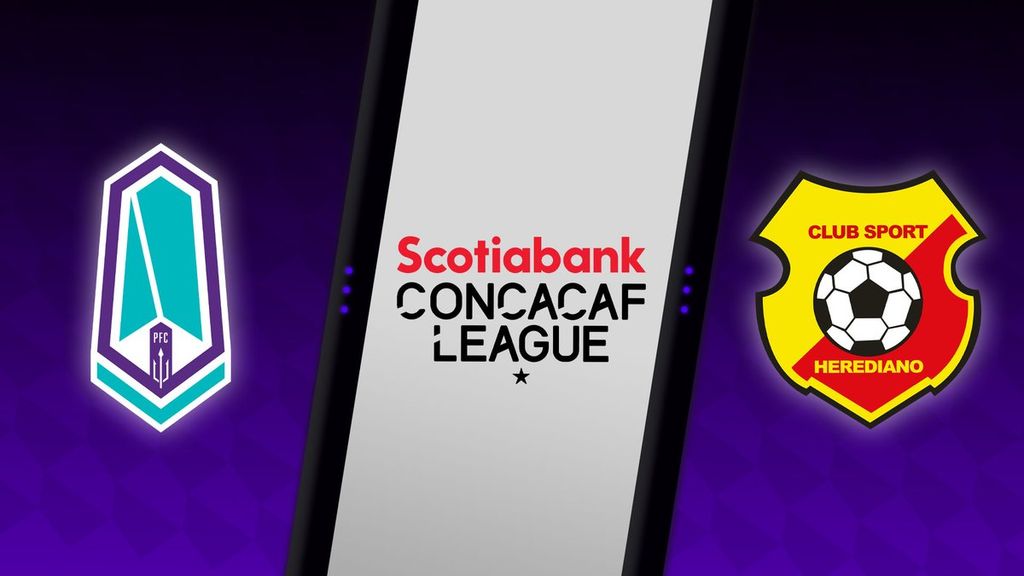 Recap + highlights from Leg 1 of Pacific FC's 2022 Concacaf League Round of 16 clash vs. C.S. Herediano of Costa Rica, available here on OneSoccer.

It was heartbreak at Starlight Stadium for Pacific FC as a strong home performance was undone by a late goal as they fell 1-0 to C.S. Herediano in the first leg of their round of 16 Concacaf League tie.

After the sides traded chances throughout, Jefferson Brenes scored the lone goal of the match for Herediano in the 83rd minute. The critical away goal gives the Costa Rican side the advantage heading into next week’s second leg.

Controlling possession in the early going, Herediano had the first chance of the match as John Jairo Ruiz dispossessed Pacific captain Jamar Dixon at the top of his own box. Dixon was able to recover enough, however, to put off Ruiz’s strike which trickled harmlessly into the hands of Callum Irving.

Herediano would nearly be the architect of their own downfall just a few minutes later as a pair of miscommunications at the back allowed Djenairo Daniels to break in alone down the right side. The Pacific striker tried to ball roll Esteban Alvarado in the Herediano net but failed to control the ball properly and gifted it right to Alvarado.

The Costa Rican side would start to demonstrate their technical ability as the half wore on, with attackers beating Pacific defenders with clever skill on multiple occasions. For the most part, however, the hardworking hosts were able to cover for one another and make sure that those momentary advantages didn’t turn into any real opportunities.

In fact, Pacific made sure things were difficult on the visitors from the opening whistle as they adopted a physical approach. Should a Herediano player beat them in transition, Pacific was more than willing to stick out a foot or an arm to make sure their counterpart go no further. This approach resulted in 12 fouls for Pacific in the opening 45 minutes and bookings to Daniels and Nathan Mavila.

Pacific nearly allowed Herediano a breakthrough in the 33rd minute, however, as a poor cross forced Mavila to shield the ball through a dangerous area. He initially did well to spin past his Herediano counterpart, but then played a ball directly into the path of Douglas López. López, however, rushed his shot from the top of the box and couldn’t beat Irving.

Late in the second half, it was Daniels again who came close for Pacific. This time a brilliant cross from Marco Bustos found the head of the striker, whose excellent glancing header hit the post. It was a result of a good spell of possession for Pacific, who started to demonstrate their attacking ability. That would be the final action of note in the first half as the sides went back to their respective rooms tied 0-0.

Pacific continued to press the issue to start the second half. Again it was Daniels who had the best chance during a strong spell of possession as he found himself on the end of a cross from Kunle Dada-Luke but this time wasn’t able to direct it goalwards.

Due largely to the fact that he was on a yellow card and committed a few fouls thereafter, Daniels was then removed from the match in favour of Gianni Dos Santos. The Pacific attacker made an instant impact, winning a free kick in the 68th minute.

Pacific had yet another free kick in a very dangerous position in the 75th minute after Dada-Luke was brought down on the right flank. The initial ball, swung in by Bustos, was cleared, but a second phase ball from the Pacific attacker to Amer Didic looked to be threatening for a moment, only to be caught comfortably by Alvarado.

Herediano then provided a major gut punch in the 83rd minute. A chipped cross from Keysher Fuller found substitute Brenes all alone in the middle of the box. Brenes’ header beat Irving and provided the Costa Rican side with a critical away goal.

The two sides will renew acquaintances in a week’s time in Costa Rica for the second leg on Tuesday, August 23 (5:15 p.m. PT/8:15 p.m. ET). While the away goal will unquestionably give Herediano the upper hand, it is still all to play for down in Heredia.