GANGUE-RUZIC: Why the 2022 Canadian Championship is the best one we've seen yet 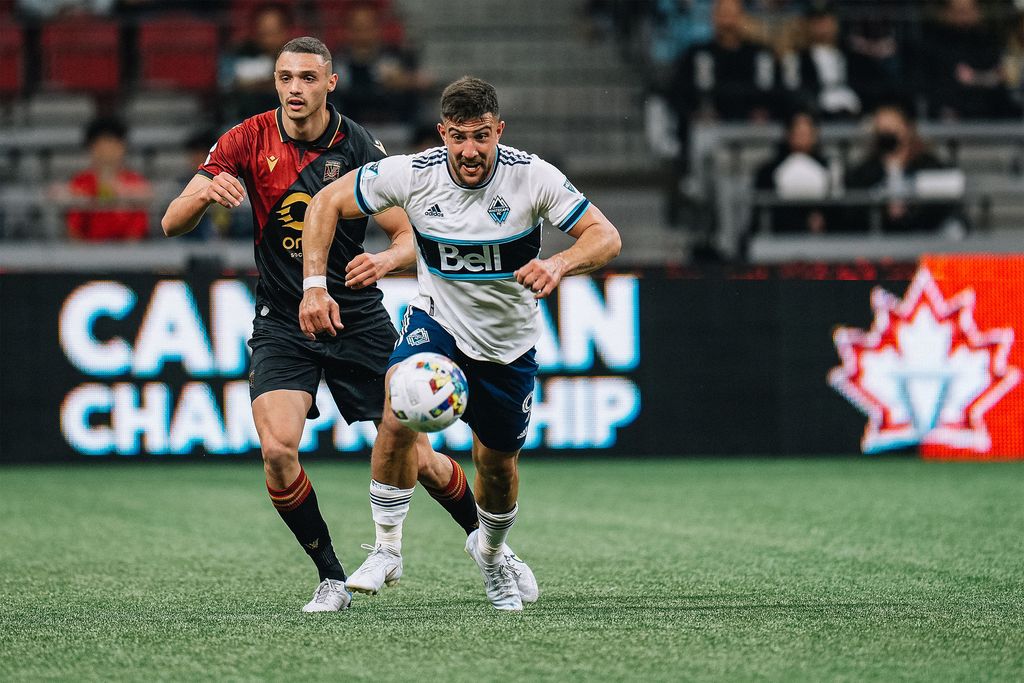 A sublime goal by Brian White to open the scoring; wave after wave of attack by Toronto FC, resisted; then, as has been typical of this tournament, things got fun at the end. In the 75th minute, TFC won a corner, Federico Bernardeschi hit a trivela cross right to Lukas MacNaughton, who headed home the equalizer.

Game back on. Final whistle, blown. To spot kicks we go.

When Whitecaps centre-back Tristan Blackmon calmly converted home his side's fifth perfect penalty, he launched BC Place into a rapture of noise to provide a fitting end to a memorable edition of the 2022 tournament.

His penalty sealed what was one of the most memorable Canadian Championships, ever.

There have been several magic moments in this tournament over the years. But, in terms of how things unravelled from start to finish, this one stands alone in terms of the intensity of the competition it provided.

From the first kick of the ball at Guelph's Alumni Stadium in the preliminary round, to Blackmon's penalty at BC Place, this tournament delivered the goals, the big saves and those dramatic moments across each and every round of action.

With four games going to penalty shootouts, a high number of goals scored past the 70th minute, and a whole host of games that went down the wire, this tournament was as wide-open as ever, with several teams all having legitimate shots at the Voyageurs Cup.

It's a reflection of the growth that the Canadian Championship has enjoyed over the years; there has been significant improvments to the quality of the competition.

Through the 13 teams that now participate, this tournament was genuinely hard to split, with only two of the 12 games finishing with a spread of more than two goals. Just one of those two matchups funnily enough was an all-MLS matchup between Toronto FC and CF Montreal.

Despite some intriguing tilts between semi-professional League 1 Canada and pro Canadian Premier League sides, as well as another handful of enjoyable CPL vs. MLS offers, these games were all close, competitive and fun to watch, something that hasn't always been the case over the years.

Amer Didic rescues the result with the LAST KICK of the match and this #CanChamp clash between @PacificFCCPL and @YorkUtdFC is going to penalties!#CanPL | #CanChamp | 🔴 https://t.co/7JFAUhgjL6 pic.twitter.com/uiPATIQDet

As a result, each participating team is starting to take the tournament more seriously than ever, and are more willing to play their best teams, something that the eventual champions of Vancouver did in every round despite playing three CPL teams along the way.

Long a tournament that was just a forgotten interlude in the middle of the season, true meaning is starting to be attached to the competition, as teams want to do well and make a genuine run at the Voyageurs Cup.

That was sorely lacking in previous years. Now? Things have changed.

We are just getting started with the growth and development of the Canadian Championship as a competition.

As more and more professional clubs enter the CPL, more teams will be raring to show their mettle in this tournament. You can bet a new CPL team in Vancouver will want to make an immediate impact.

Plus, with the continued emergence of new leagues such as League 1 BC, the pool of teams competing in the opening round will expand, too. That's key.

It's no coincidence that the tournament's quality has shot up significantly since when it expanded from five to 13 in 2019, as the more teams that play, the harder it is to win the trophy, thus increasing the competition.

So as the focus now shifts to the 2023 tournament and beyond, it's important that growth continues to occur. As seen around the world, domestic cup competitions are a special and sacred venture. Now, Canada is finally starting to put on a tournament that can really fit that description.

Of course, it might not be an FA Cup or a US Open Cup quite yet, with those tournaments having existed for far longer... but it's certainly well on its way.

As Canada continues its push to become a soccer country, these sorts of sporting infrastructures remain an underrated aspect of what can help drive them towards that, and for good reason.

Therefore, as the dust settles on this memorable 2022 edition, it's really set the table for what can be done in the future, one that can hopefully include continued expansion (including adding more semi-professional and amateur clubs), more rounds, a women's tournament and much more.

It'd require big ambition, yes, but as the Canadian soccer scene continues to expand and grow, more and more dreams are becoming a reality, so in the case of the Canadian Championship, why not dream big?

The 2022 tournament is just the tip of the iceberg, now, it's all about finding a way to capitalize on this momentum, pushing into 2023 and beyond.