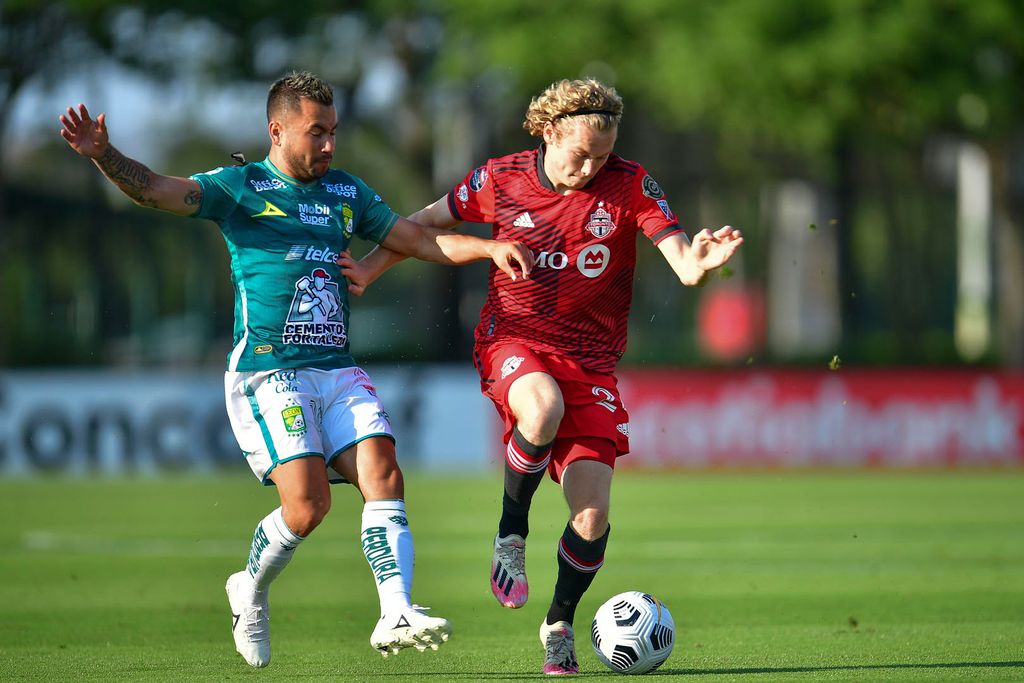 VANCOUVER – In a surprising move, another young Canadian left Toronto FC this week, continuing a worrying trend for the franchise in recent months.

Following the loan of Jacob Shaffelburg to Nashville SC on Tuesday, the list of Canadian Toronto FC academy graduates who have left the club this past year has now grown to five – Shaffelburg, Julian Dunn, Liam Fraser, Rocco Romeo and Ralph Priso.

Not only that, but all of those players left while they were still 23 years of age or younger, as well, with Priso, who was 19 when he was traded to the Colorado Rapids as part of TFC's deal for Mark Anthony Kaye, leaving as the youngest of the lot.

It's raised an important issue for Toronto FC; despite a call to get more young Canadians involved and playing, not enough of them are actually cracking the first team roster successfully, and if they do, it's often out of necessity, not by virtue of having earned their shot.

Then, once they’re in the first team, the path towards progression is often filled with unusual obstacles, making it even harder to stamp out a role with the club.

Take Shaffelburg's move to Nashville as an example. Loaned with an option to buy, Shaffelburg's story with TFC isn't technically over ... but the writing is most certainly on the wall for the 22-year-old with this move, which is a big surprise considering where he stood within the team's ranks just eight months ago.

Fresh off of a great end to the 2021 campaign with Toronto – where he stepped up big as the team struggled with injury and roster turnover and even nabbed the 'Best Young Canadian Player' award for the 2021 Canadian Championship – many hoped Shaffelburg would build off of that form in 2022.

Instead, after tallying a solid four goals and seven assists in 28 games (all competitions) as a winger, he was shoehorned in at full back after the team lost every other option, a role that didn't suit him as much as further up the wing, where his ability to take on defenders and whip in dangerous crosses from the left side proved so valuable in 2021.

Because of that, he then went from player to watch to one on the move in a matter of months, now leading him to this new opportunity with Nashville SC.

That's emblematic of Toronto's struggles at integrating players into their set-up. In fact, in their history, other than Jonathan Osorio's emergence as a key regular for the MLS team, there haven't really been many to stick around and have any long-term impact with the club this past decade. 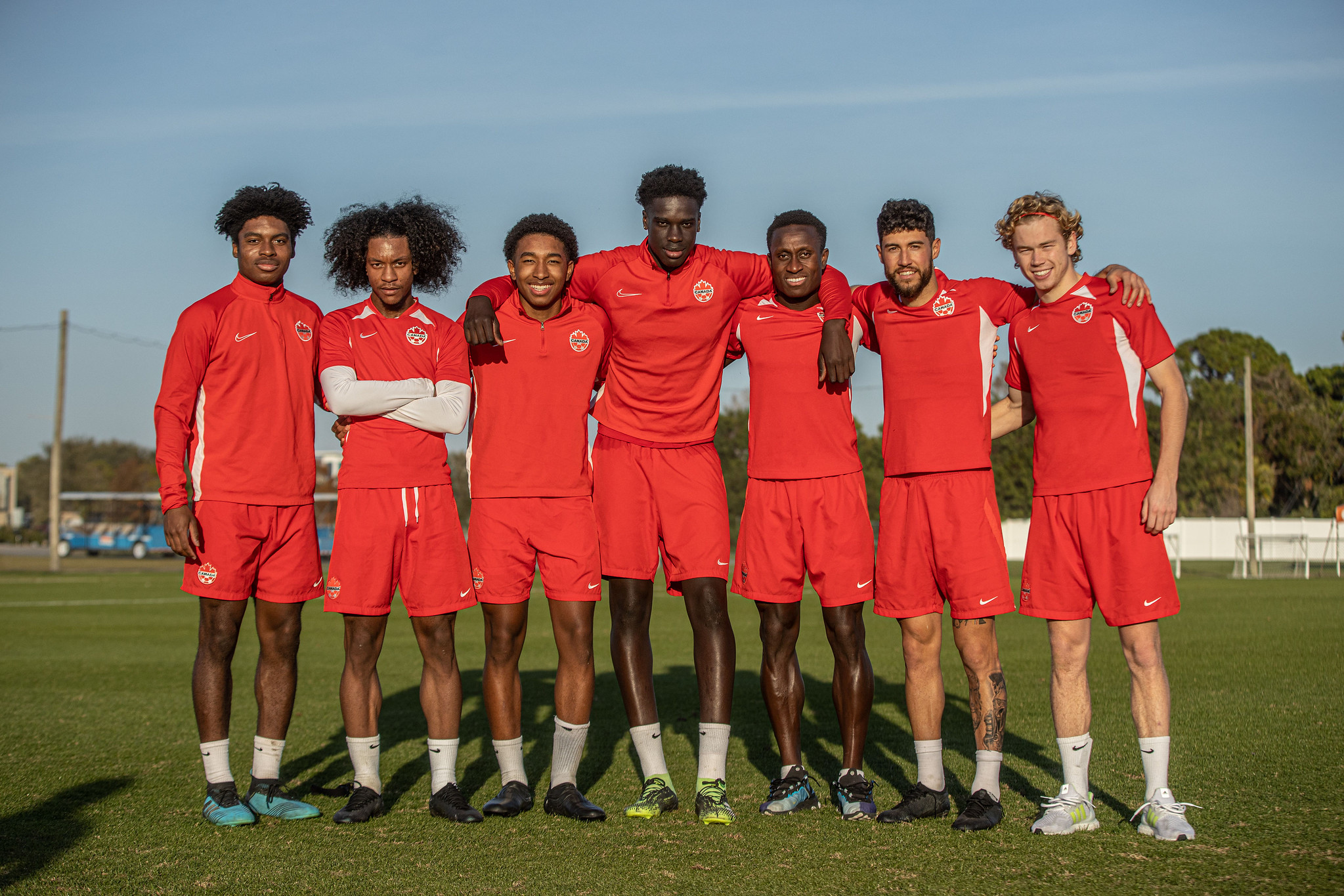 It's not for a lack of talent, as the success of the likes of Mark-Anthony Kaye, Doneil Henry, Raheem Edwards and Liam Fraser elsewhere have shown that these players can play, but just not for TFC, especially not in their formative years.

Reaquiring Kaye meant the Reds lost even more trade asset in the middle of their rebuild, while missing out on Tajon Buchanan and Alistair Johnston from their own backyard has raised something of a question mark on their scouting effectiveness, too.

A lack of a clear plan with a lot of youngsters has been a big reason for those players blossoming elsewhere, with players' stints at TFC often consisting of them sitting on the fringes of the squad, or sent out on panic loans just to get minutes.

Because of that, there remains a key issue for the club to address as they try and push towards the future. While it may have been a non-issue in the past, as the team's success with Sebastian Giovinco and co. made long-term goals less of a worry, the new MLS is becoming a younger and younger league, and teams that successfully integrate young players are getting rewarded for doing so.

The opposite is also true.

As seen in the club right now, between the likes of Ayo Akinola, Jahkeele Marshall-Rutty, Jayden Nelson and Luca Petrasso, there is a promising group of youngsters that could help the club step forward into that new era, even if the overarching strategy is to invest heavily in star players.

But if they're to have an impact, they need to be nurtured and brought along properly, with a clear plan towards ensuring that they can help TFC in the long- and the short-term.

If not, they could eventually join the list of young Canadians left to prosper elsewhere.

The way #TFCLive mismanages their academy to first team pipeline is astounding. Look at #DTID, #DOOP and #RBNY. Even #CFMTL are doing it better and #VWFC is slowly addressing it as well. https://t.co/NqvdJUHVfk

While paying to bring back Kaye was a fun move that legitimately bolstered Toronto's midfield and righted a wrong from many years back, avoiding making future mistakes like that would go a long way towards TFC's push to add another MLS Cup to their trophy cabinet.

Of course, it's still too early to see if Shaffelburg will become such a player that they'll sorely regret missing out on, as with Priso, Romeo, Dunn and Fraser. But the odds certainly aren't in their favour when considering the totality of those departures.

In the midst of this major rebuild, TFC's losses could be another team's gain. In a league that is more competitive than ever, those sorts of margins could come back to haunt the Reds in the future.

As we've seen with the Canadian Premier League of late, Canadian talent is no longer being overlooked, so if the opportunities that these players need aren't being provided closer to home, more journeys elsewhere are being provided, too.

In Shaffelburg's case, that meant a ticket to Nashville, one he'll look to take full advantage of now, sending a message back to the club with which he looked poised to be a key part of just months ago.