From Club America to Pacific FC, how Wero Diaz 'found a home' on Vancouver Island 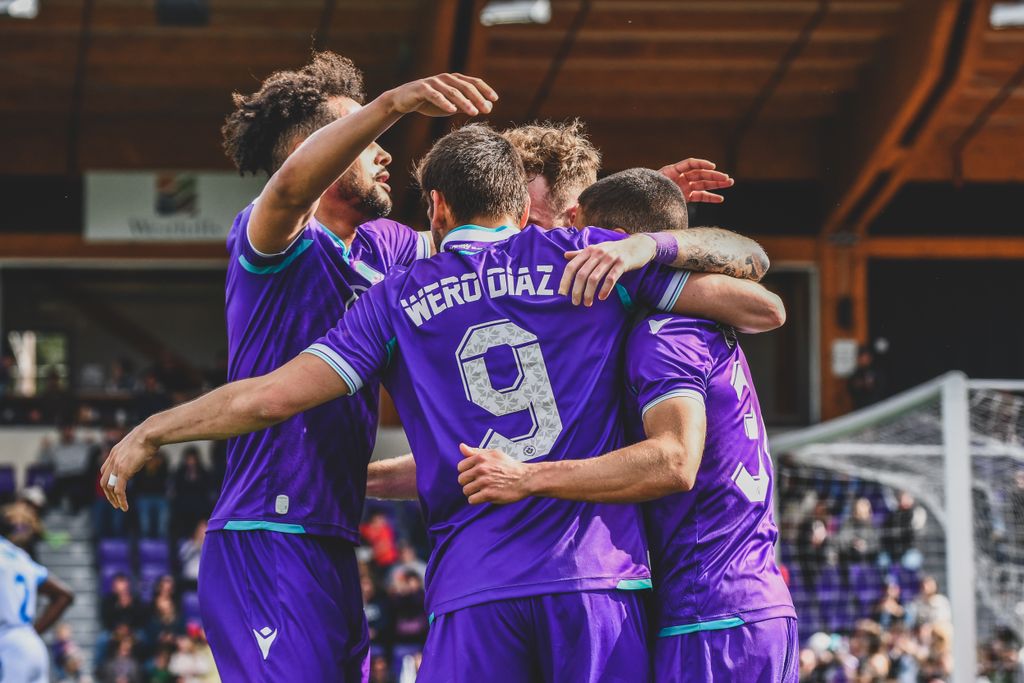 As far as playing experiences in the Canadian Premier League go, very few footballers can claim to have called the Estadio Azteca anything other than enemy territory.

Very few... except Alejandro "Wero" Diaz of Pacific FC, that is.

The 26-year-old Pacific FC forward once donned the iconic yellow of Liga MX giants Club America, good for 40 appearances in all competitions from 2014 to 2020.

Yes, that Club America – the most successful club in Mexico, boasting one of the largest fan bases in Latin America, comparable only to the likes of Boca Juniors and River Plate in Argentina, and Flamengo in Brazil.

There is nothing like playing at the Estadio Azteca, as they say – it's hallowed ground, after all; host to the majesty of Pele and Diego Maradona, after all.

"There's a lot of pressure over there," Diaz told OneSoccer, as he reflected on his time in Mexico City. "That's the one thing I learned from there; how to play under pressure."

These days, life is a lot more laid back. Call it a perk of island living. And that's not to say the football isn't intense. But the world around it?

Far removed now from the ghosts of the Azteca, Diaz has found himself – and his keen eye for goal – in Canada, helping build something new.

The gap may not be as wide as it first appears, though.

"This league is new, but it's growing very fast," Diaz offered.

"Forge faced Cruz Azul this year in the Concacaf Champions League and did an impressive job in Hamilton. You can see the level of the CPL, that we can compete with Liga MX teams and also MLS. This is amazing for Canadian soccer.

"Back home I was talking to some friends about how far Canada has come. It's not anymore one giant in concacaf. Everyone is noticing. Players, coaches, organizations. 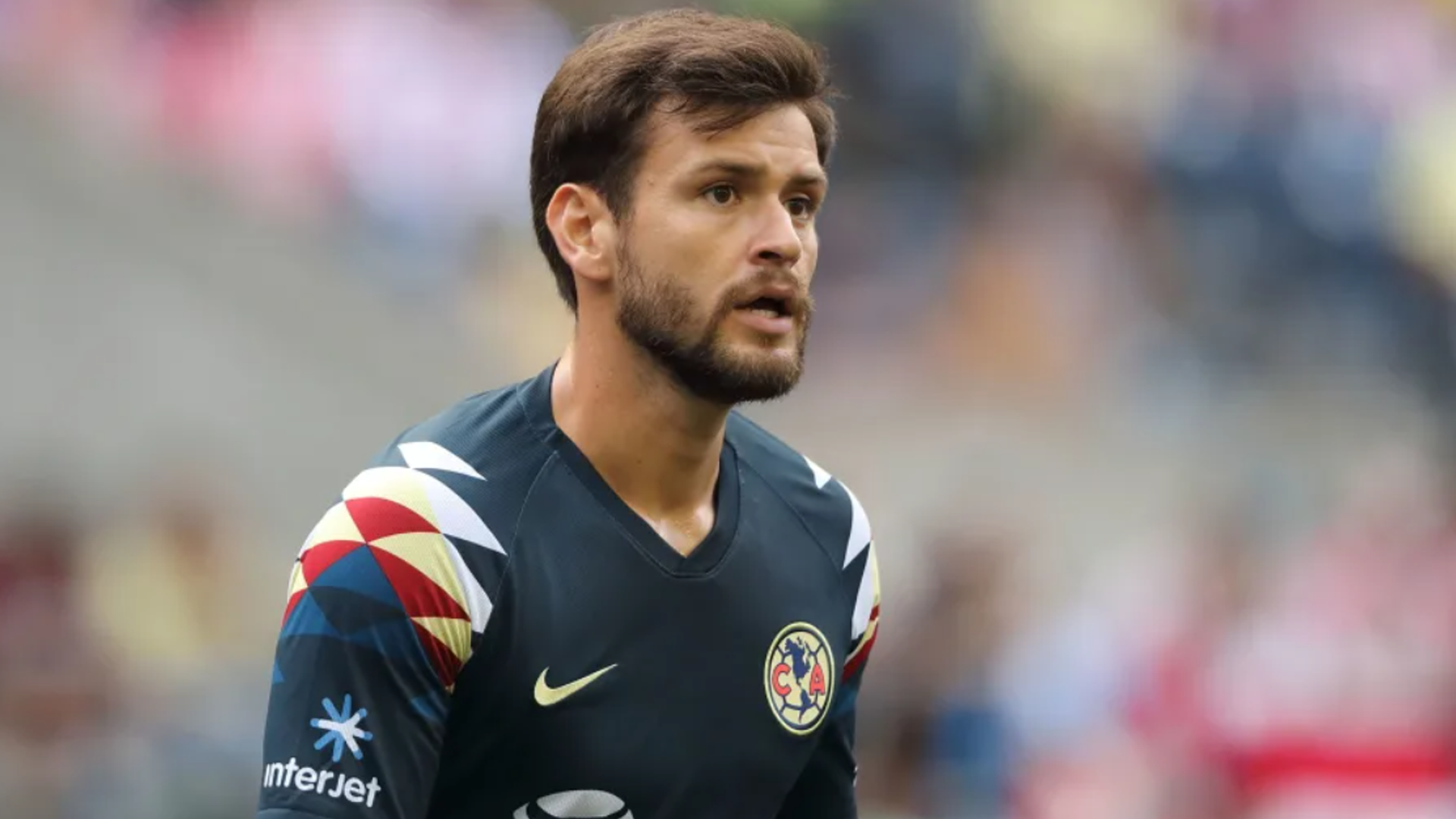 That journey to the summit has been paved in purple, too. By merit of emerging as champions of the 2021 CPL season, Pacific FC now head onward into their own Concacaf adventure in the 2022 Concacaf League.

Standing alongside his Pacific teammates at the club's watchalong party in downtown Victoria, Diaz learned that his team's first stop would be against Jamaican outfit Waterhouse FC.

A good first test for the Tridents abroad.

"This is our first experience internationally for the club, so that will be amazing for us to experience," Diaz said.

"It's a different kind of football than in Canada or Central America, these hard games, on different fields, with different types of grass than we're used to playing on.

"We have to adapt fast – I'm confident we will."

He continued: "You have to be strong mentally. That's the most important thing.

"Everyone trying to play with the time, the referee. Everything counts. It's not just the ball. You have to play with all those factors.

"We have to be smart. We have to play our game, control the game. If we can do that, then we have a good chance."

Journey to being the very best

Diaz has been good for 21 goals over 51 appearances for Pacific FC of Vancouver Island, and currently leads the scoring charts in the 2022 season with six goals to his name.

While his exploits rank nowhere near the weight in significance compared to those at Club America, Diaz has found joy in the work all the same.

But, while his time at Pacific has been fruitful, fans at Starlight Stadium haven't seen the full story of their star striker, either.

Clearly, Diaz has the skill to change matches. But, he's been often overshadowed by teammates like Marco Bustos, or by fellow striker Terran Campbell, now at Forge FC.

Pay it no mind, though. Diaz is out to prove himself all the same.

"For me, I have to think I am the best," he said. "If they consider me the best, that's just opinions. I just focus on myself."

Stars are made in memorable moments, which could explain why Diaz is still proving himself at Pacific, too.

Last year, Diaz was absent for the 2021 CPL final in Hamilton, and had to watch from a phone screen as former head coach Pa Modou Kah and his team lifted the North Star Shield.

Meanwhile, Diaz was in Mexico City, getting married.

"It's a long story!" Diaz said, with a chuckle.

"It was because of COVID. We had to change the wedding three times! So the last one? Of course, we couldn't change it!

"It was okay because at the time, though. I spoke with Pa, 'Hey, can I do this date?' And he told me yes.

"Then the league released the schedule and the season was supposed to be finished... but Forge kept pushing on in the 2021 Concacaf League.

"They kept rescheduling games, until... the most important day of my life. It was an amazing day. A double celebration! My wedding, and we're also champions with the team. Double the happiness for me!"

A homecoming, of sorts

Diaz feels grateful to Canada, and for the opportunities that have been presented to him. He plans to stay at Pacific and build a legacy.

"Honestly, yeah, my wife and I love Canada," Diaz said. "It's a beautiful country. I found a home in Canada."

A home found, but a chance to lift the trophy himself?

Wero Diaz is "super hungry" for that chance, too.

We have got ourselves a game!

Against the run of play, @Pacificfccpl capitalize on their chance with Alejandro Diaz sliding the ball into the bottom corner. @TorontoFC still lead 2-1#CanChamp | #CanPL 🇨🇦 | 🔴 https://t.co/hishXepRT3 pic.twitter.com/NL89HLGL9i

"We have everything we need to make it to the final," Diaz said of his 2022 team.

"We're in a really good place. First in the table right now. We cannot let any more points drop on our way.

"We have to stick to the plan and do an amazing job until the end of the season. And do the best in the playoffs, and challenge to be champions again.

"We have to make that happen."