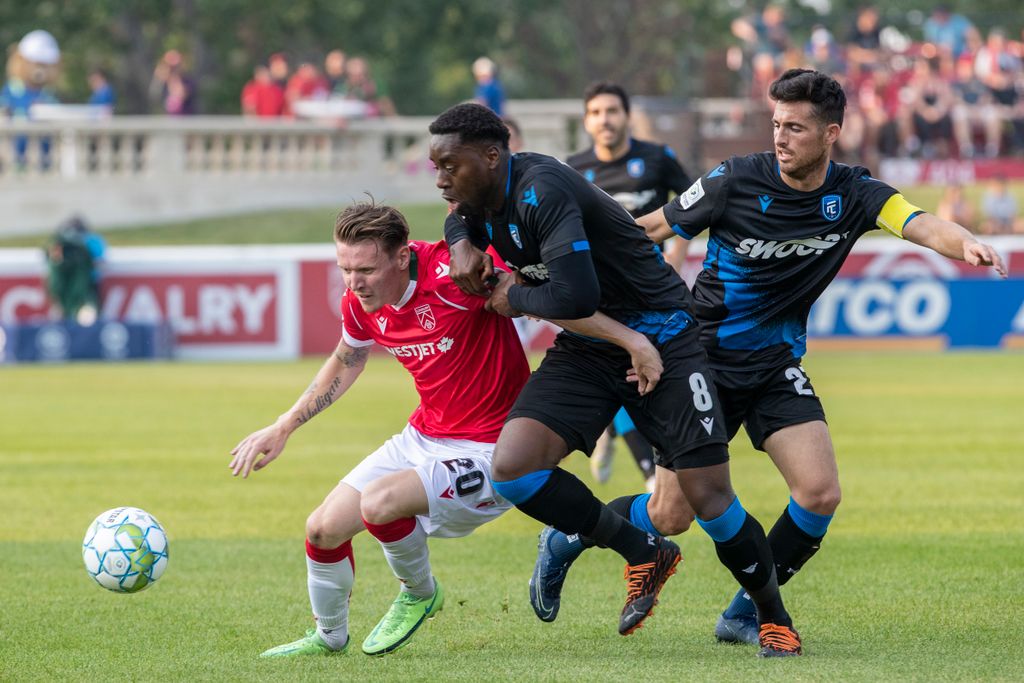 The Canadian Premier League announced Thursday its full 2022 season schedule and format, with all eight teams enjoying a full 28-match campaign ahead of a four-team playoffs (now featuring home-away legs in the semi-finals).

Now, while the narrative of a season can't be foretold at this time, there are a few scintillating early-season match-ups worth circling on your calendars ahead of time, should 2021 form and strength carry on into this next campaign.

It's true that we can't predict which teams will emerge as contenders just yet - but, for the first two months of the season, here are five matches to watch: 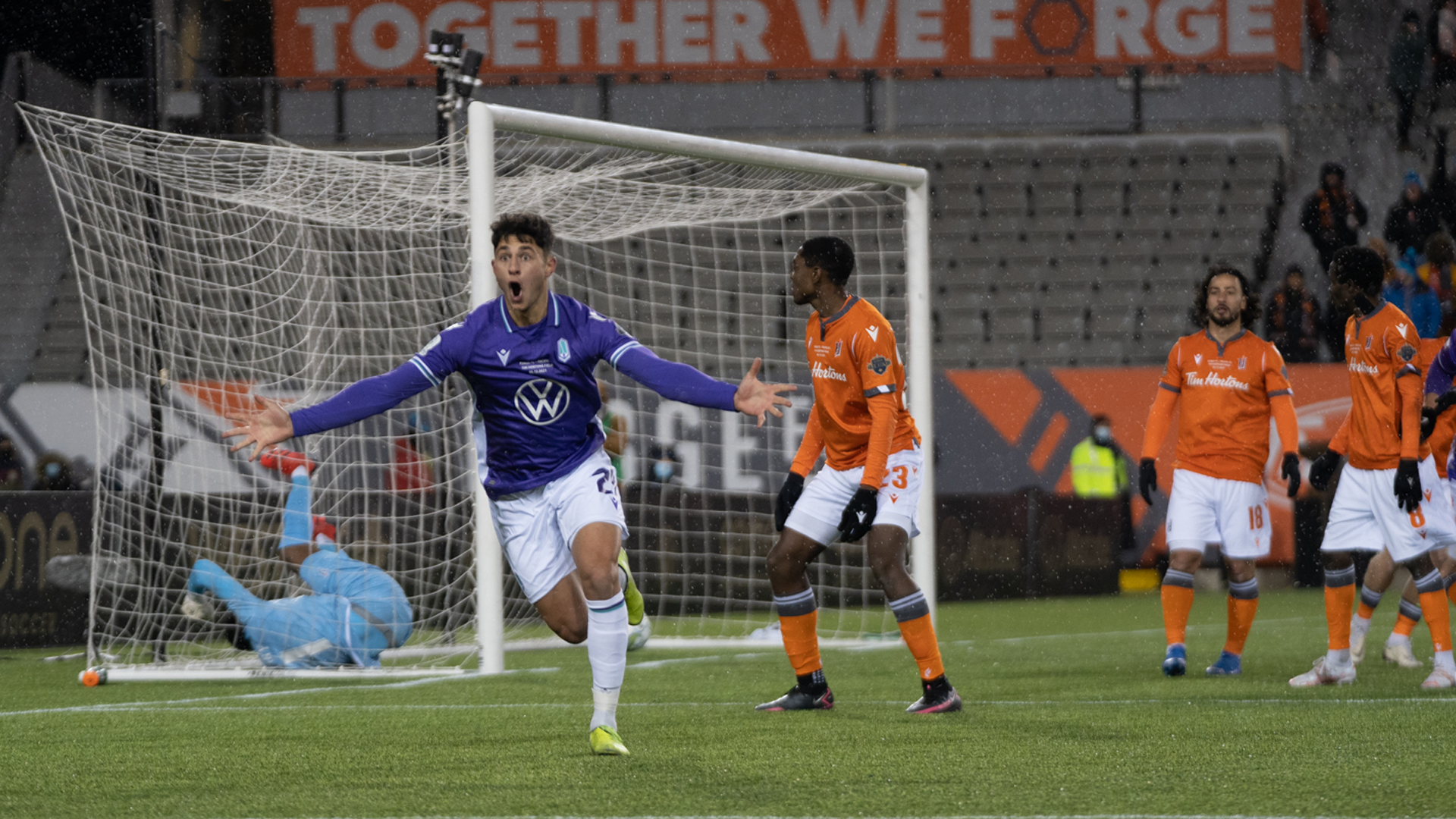 Kicking things off right on opening weekend is a rematch of the 2021 Canadian Premier League final, featuring champions Pacific FC and a dethroned Forge FC going head-to-head at Starlight Stadium.

While a match-up between two league giants is always good fun, this year's opening clash could prove even more lucrative for neutral onlookers, as Pacific's top forward Terran Campbell - as well as standout midfielder Alessandro Hojabrpour - both swapped the purple of Vancouver Island for Forge FC orange in 2022.

That kind of mutiny won't go unpunished by the Tridents' faithful in the stands, so whatever love is there - or now lost - will be on full display as Campbell and Hojabrpour make a quick return to their old stomping grounds.

And, if you're into Forge FC, you'll be treated to another exciting match-up just a few days later...

The fiercest rivalry in the Canadian Premier League comes to the forefront once again, as Forge FC returns home once more to open Tim Hortons Field - which recently hosted the Canadian men's national team for a 2-0 win over the United States in World Cup Qualifying.

Visitors Cavalry FC have plenty to prove this season, as their barren trophy cabinet itches for silverware to match their would-be successes on the field.

It is true that Cavalry FC is, perhaps, the most dangerous-looking outfit in the CPL on their day, but have been hampered by injuries and absences. Those should largely be mitigated this season, so we'll be curious to see what a rejuvenated Cavs lineup can do against a Forge FC team with some Champions League matches under their belt heading into this fixture.

A stunning away win could just set the tone of the 2022 campaign for the Calgarian outfit, or once again firmly stamp Forge as title favourites.

There are a number of question marks surrounding both Atletico Ottawa and Valour FC heading into the 2022 Canadian Premier League season.

With both teams bringing on new head coaches, the biggest question is whether either will build and improve on their stop-start 2021 campaigns.

Valour FC's Phillip Dos Santos and the yet-to-be-named Atleti bench boss will need to do a whole lot of answering this season as a result of this natural inquisition, and we may be treated to a much clearer picture when the two meet at TD Place in the nation's capital near the end of the opening month.

If you recall, Valour began the 2021 campaign in blistering form, but petered out as the season wore on; can they find the same momentum - and keep it rolling - in 2022?

Or, no longer newcomers, can Atleti Ottawa finally stake its claim to any such title talk this season? 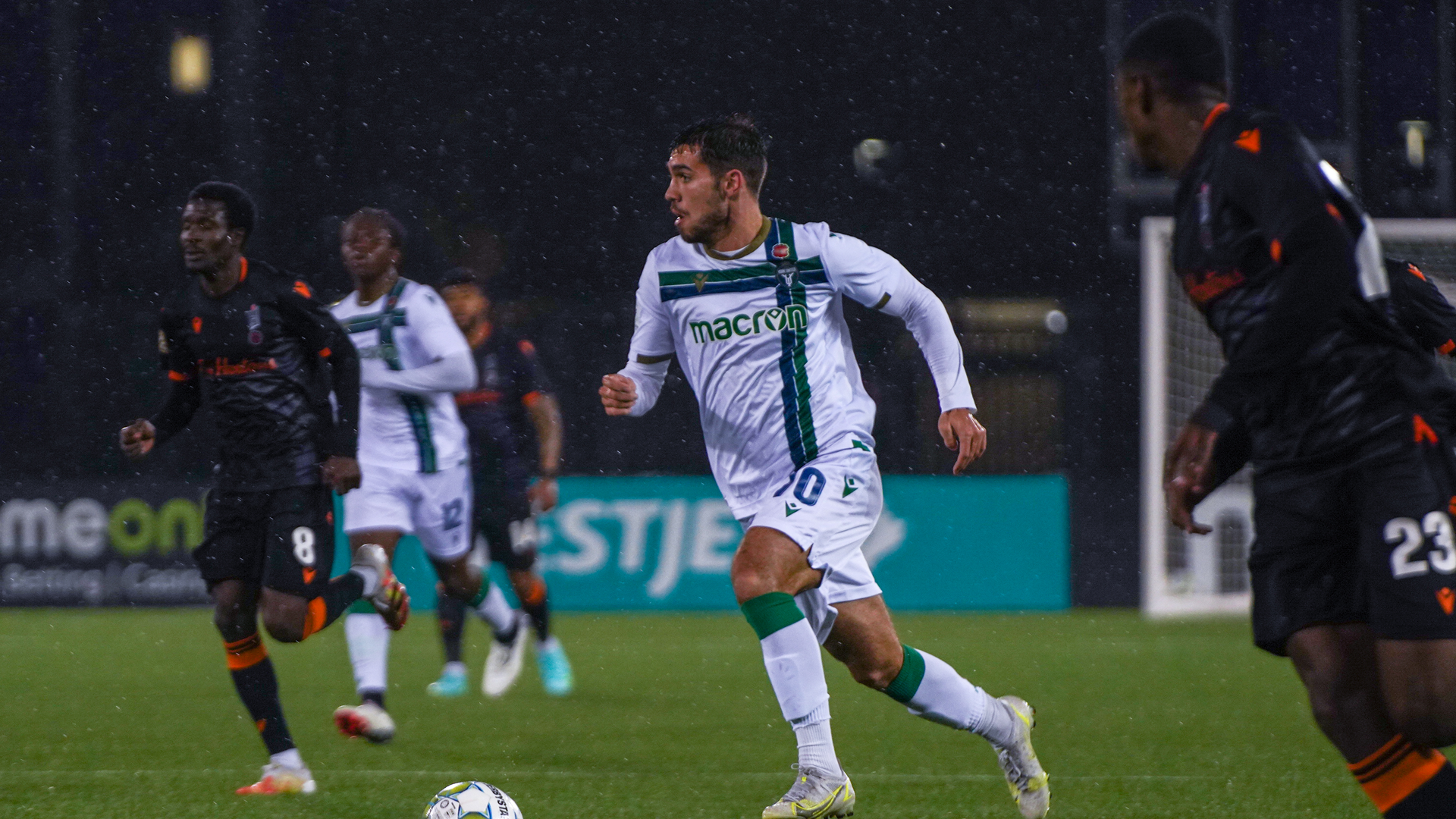 It's the 905 Derby, and York United are actually getting better and better each season, despite very few onlookers rating them quite highly enough at the start of the 2021 season.

Forge will want to make short work of York right off the get-go, as the Nine Stripes pose an actual threat to their title chances (especially in double-legged elimination semi-finals, where anything can happen).

And for York? A chance to beat their cross-town(-ish) rivals under new head coach Martin Nash is certainly one worth relishing.

So, this one should be a fun one to kick-start an exciting day of action, as the game that follows...?

That's right - we've got an Al Classico rivalry right after York vs. Forge, as FC Edmonton hosts Cavalry FC to kick off the Battle of Alberta for 2022.

The Wild Rose Cup is up for grabs once again, but the Eddies will need to quickly figure out what life looks like without Easton Ongaro up top if they are to stake their claim for provincial bragging rights.

In fact, Edmonton heads into 2022 with a lot of question marks of their own, though success on the field would help quite a bit with some off-field changes the club may be facing this season.

Under Alan Koch, the Eddies have tangible progress - let's see if they can take another step forward in 2022.