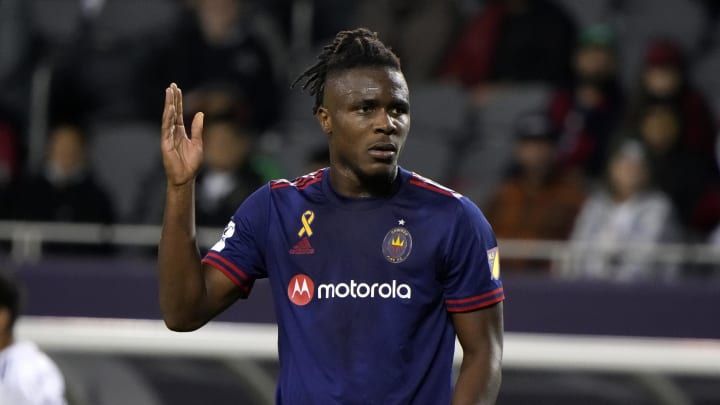 VANCOUVER – As they watched their Canadian neighbours Toronto FC and the Vancouver Whitecaps get busy this summer transfer window, CF Montréal sat by and waited patiently.

As the lone Canadian team currently sitting in an MLS playoff spot – third in the Eastern Conference, fifth in all of MLS – Montréal knew that there wasn't much that needed to be done. Hence, a quiet summer.

In the midst of what has been a very solid campaign (besides a sore Canadian Championship exit at the hands of TFC), Montréal knew that any moves made needed to be the right ones.

You don't fix what isn't broken, as it were.

Still, the club is in possession of a single Senior Designated Player spot (should they choose to buy down Bjørn Johnsen), and knew that if they were going to fill that, they'd want to do so with the right player.

As the window came to a close this week and still in possession of both of those spots, Montréal instead made a last-minute play on deadline day for 22-year-old Nigerian attacker Chinonso Offor from the Chicago Fire.

It wasn't a big move, as Offor comes to Montréal having just scored two goals in 41 MLS appearances with Chicago ... but, it is one that gives Wilfried Nancy’s team some much-needed attacking depth.

With his young age, Montréal has now added a bit of youth in what is an otherwise older-skewing attack. While they have Sunusi Ibrahim (19) and Mason Toye (23) as options up front, they've also relied heavily on Romell Quioto (30) and Kei Kamara (37), giving them a need for some younger legs at the striker position.

"This is an opportunity that came up late in the window," Montréal's sporting director, Olivier Renard, said of this trade in a release. "I know the player from his time in Europe, and his situation in Chicago allowed us to make this move for the future. He's a young player who is strong and powerful, one who has an excellent profile for MLS, and is a long-term project for us."

Yet, that's what makes this move most intriguing for Montréal. At first glance, trading $325,000 for someone with just two goals and two assists in 41 games as a striker seems odd, but seeing that they're doing this with an eye on the future, all of a sudden it makes sense.

Especially given their recent shrewd dealings on the trade market, where they've really been able to construct a solid core of players, they've certainly proven to be a team that knows how to look within MLS for talent.

There is potential there, as evidenced by Offor's 16 goals in 35 games in Latvia's first tier, as well as his numbers in MLS, which as per FBRef's scouting report, have him as one of the top defensive strikers in the league, as well as a decent shot-creator and dribbler, but it's just up to him to fulfill it.

And seeing how Montréal was able to turn Quioto, Mihailovic, Johnston, Miller and Toye into at minimum very useful contributors, if not borderline all-star and even MVP-type players, this could be the place for Offor to find his legs.

Especially given that Chicago's actually eating the cost of the transfer fee they paid to Latvia for Offor (which would've counted on the books), as well as his salary for the rest of 2022, he has a chance to find his legs in a rather pressure-free and cheap situation.

Therefore, while the clock is still ticking for Montréal to fill some of those DP spots, especially with some of their players set to head to Europe, as seen by their run this season, their ability to fill out their roster with shrewd acquisitions can't go unnoticed.

Because of that, while Offor might not offer the flash that some want today, he could bring it tomorrow, as Montréal tries to unearth the latest gem to flash by unnoticed in a busier-than-ever MLS trade market.