PLATT: Selecting an all-Canadian CPL Team of the Year (so far!) 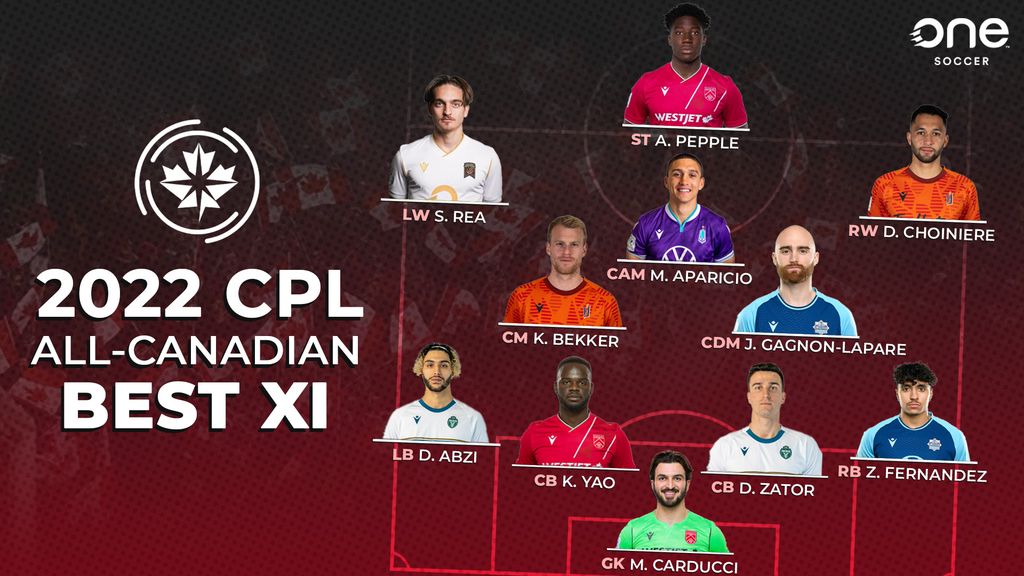 With the 2022 Canadian Premier League season approaching the halfway mark, here are my choices for an all-Canadian Team of the Year so far. There are some difficult decisions to make as domestic talent continues to flourish in our country's top flight.

This was a close-run race between Carducci, Valour's Jonathan Sirois, and FC Edmonton's Andreas Vaikla (who has played for Estonia's national team but was born in Toronto). Carducci wins out having kept four clean sheets in nine games since making a remarkable return from testicular cancer, playing no small part in propelling Cavalry to top spot after a slow start to the campaign.

I don't know what they're doing in Quebec, but they know how to develop a wing-back. The latest to emerge is the 20-year-old Fernandez, who has been a bright spark down Halifax's right-hand side in partnership with Sam Salter.

Reunited with another ex-Cavalry man in new head coach Martin Nash, Zator has led York United to the best defensive record in the league with just 10 goals conceded in 12 games. The 27-year-old has played every minute of the season so far in league and cup.

A dominant presence at his best. Yao has won more aerial duels than any other player in the league, has pace that makes him almost impossible to beat one-on-one, and passes cleanly out of the back (a rare error against Pacific this week aside). Still just 21, he should be considered one of Canada's top centre-back prospects.

Abzi was comfortably the top left-back in the CPL prior to his departure for French side Pau, where he will have the chance to further his career and national-team ambitions in Ligue 2. In 10 league appearances the 23-year-old created 12 chances from open play, more than any other defender.

New season, same Bekker. Forge's captain became the first player to reach 100 appearances for his club this week — and has played more games on his own than any other CPL team has played in its history. Whether sitting deeper or in a more advanced midfield role, Bekker continues to be the player that makes Forge tick.

When you've played more matches than any other *club* in the history of the league.

Perhaps the most underrated player in the CPL. Gagnon-Lapare is as complete a central midfielder as they come, ranking in the top five in the league for passes, chances created from open play, tackles, and recoveries. Most telling of all is that Gagnon-Lapare was not in the starting XI for either of Halifax's meltdowns against Forge.

June has been a rough month for Aparicio — after missing five games due to injury, he returned against Cavalry on Thursday night only to receive a questionable red card that could now sideline him a little longer. Through Pacific's first eight games of the season, he was putting together a compelling case for CPL Player of the Year. A pressing monster out of midfield, James Merriman's side was 5-1-1 before Aparicio went down and has gone 0-4-3 since.

When Choiniere has been on his game this season, he has been capable of torching an opposition defence like no other attacking player in the league. The Forge winger has notched three goals and two assists in nine appearances and leads the CPL with 16 chances created from open play.

After a promising 2021 campaign at Valour, Rea has taken his game to another level this season. The CF Montreal loanee has contributed eight non-penalty goals and assists in 11 games, tying him for the league lead in that category with Pacific's Alejandro Diaz. Not bad for a player who only turned 20 in May.

GOAL🎖️@willyakio gets a break towards the @ForgeFCHamilton goal and puts one home to open up the scoring, giving @ValourFootball a 0-1 lead in #CanPL action🔥⚽️

(Honourable mentions in the wide/attacking-midfield positions go to Tristan Borges, Gabriel Bitar, Sam Salter, and Ballou Tabla, all of whom — among others — are enjoying excellent seasons.)

The breakout player of the season so far? Pepple became the first player in CPL history to score in five consecutive games on Thursday night, netting his sixth of the campaign against Pacific. He has started just four games. Cavalry has already seen one talented youngster snapped up this season in Victor Loturi and at this rate, it may not be long before Pepple follows suit.

We've got an INSTANT CLASSIC here, folks @CPLCavalryFC turn around a 2-0 deficit to go up 3-2 over @Pacificfccpl just before the hour mark, with ARIBIM PEPPLE scoring his league-leading 6th goal (5th game in a row!)#CanPL | 🔴 https://t.co/7JFAUhgjL6 pic.twitter.com/S9KSImm6h6 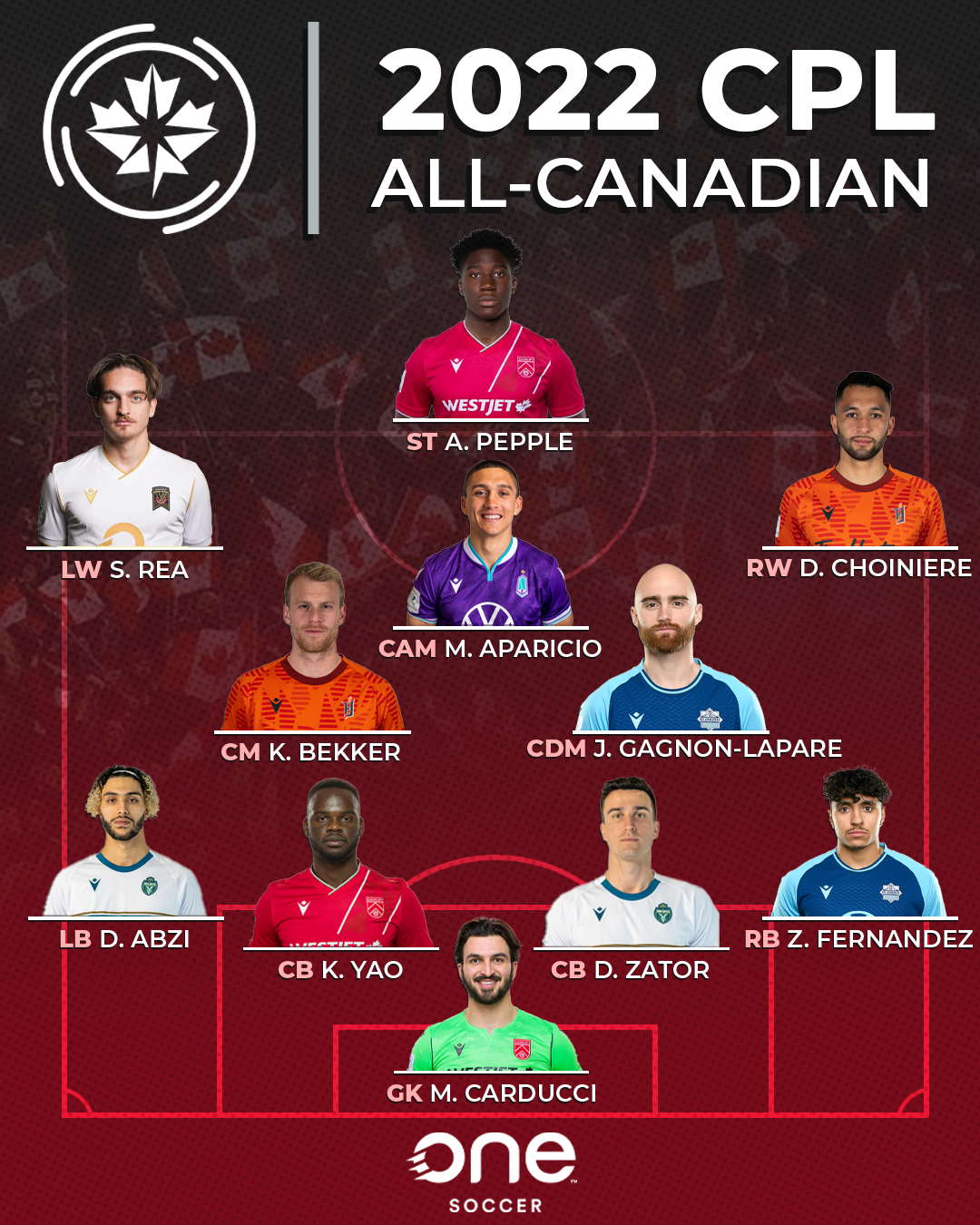