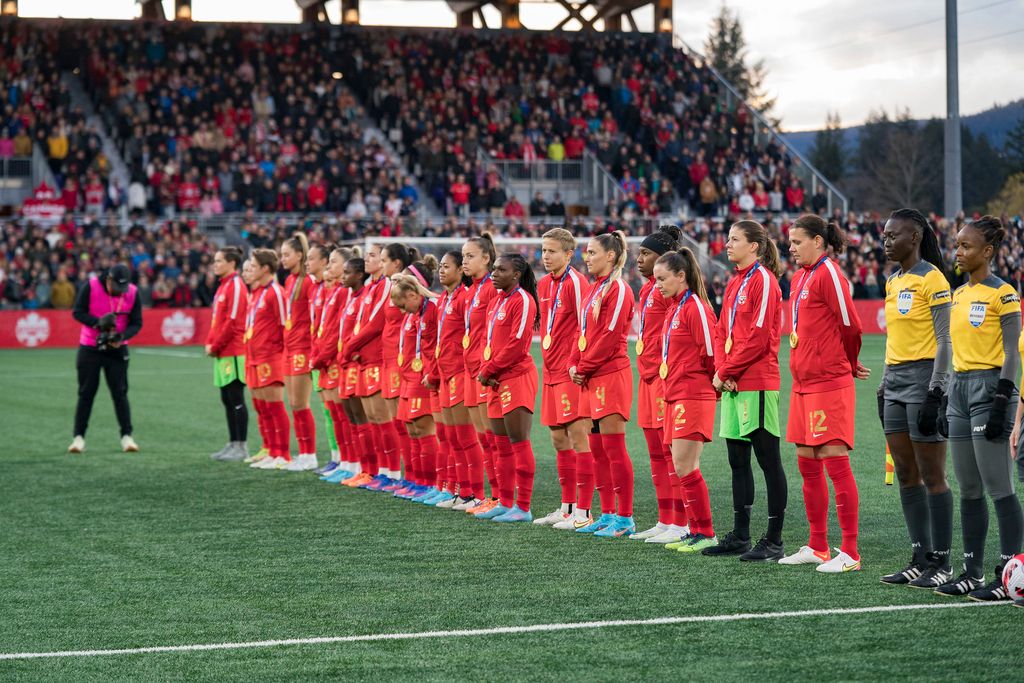 Canada Soccer’s Women’s National Team will face Korea Republic in a Women’s International Friendly match presented by GE Appliances Canada. The Sunday 26 June match at BMO Field in Toronto, Ontario will help Canada prepare for the upcoming Concacaf W Championship which doubles as both the qualification route for the FIFA Women’s World Cup Australia & New Zealand 2023 as well as the Paris 2024 Olympic Games. The Concacaf W Championship’s Group Stage will see Canada face Trinidad and Tobago on 5 July, Panama on 8 July, and Costa Rica on 11 July.

“This summer is a critical part of our new mountain and so we are pleased to secure a home game against a difficult side such as Korea Republic as part of our final preparations for the new Concacaf Championship tournament as well as face an Asian opponent ahead of the FIFA Women’s World Cup,” said Bev Priestman, Women’s National Team Head Coach.  “We love playing at home in front of our fans and it will give us the perfect send off and motivation to give both the World Cup and the early qualification for the Olympics our best shot.”

Tickets for the BMO Field match will go on sale to the public on Friday 20 May at 15.00 ET / 12.00 PT via Ticketmaster.ca. In advance of the public on sale, members of Canada Soccer’s CanadaRED fan membership program will have access to purchase tickets via exclusive presale windows. On Thursday 19 May, CanadaRED+GOLD members will have access to an initial priority presale window, followed by CanadaRED+WHITE members later that same day.

On Friday 20 May, all CanadaRED members will have access to an advance presale window leading into the public on sale at 15.00 ET / 12.00 PT.  Fans looking to access the advance CanadaRED+GOLD or CanadaRED+WHITE presales must register by 11:59pm ET on Wednesday 18 May.

The Canada v Korea Republic match will kick off at 15.00 local on Sunday 26 June (15.00 ET / 12.00 PT) and will air live and exclusively on OneSoccer, with details to be confirmed in advance of the match.  Fans will find extended coverage across Canada Soccer’s digital channels on Facebook, Instagram, Twitter, and YouTube featuring the hashtag #CANWNT.

Canada has a record of seven wins and one loss against Korea Republic, dating back to 2000. The last time Canada faced Korea Republic was in the final of the Algarve Cup on 5 March 2018, when Canada won 3-0. Two of Canada’s goals came from Christine Sinclair while one came from Jessie Fleming.

Already this year, Canada have posted an even record across one win and one draw against Nigeria as part of the second leg of the Women’s National Team Celebration Tour in April. Canada also posted an even record across a win, a draw and a loss at the 2022 Arnold Clark Cup in February, with notably Canada’s first-ever clean sheet victory over two-time FIFA World Cup champions Germany.