Canada's World Cup 2022 roster: Who's on the plane and who's in contention?

On Wednesday, Canada's men's national team has a chance to qualify for the 2022 World Cup when it faces El Salvador.

It's a long shot, requiring a win in San Salvador and three other results to go their way, but that the possibility even exists with a full window still to be played is testament to an outstanding qualification campaign.

For Canada to clinch a spot in the World Cup on Wednesday night the following needs to happen:
🇨🇦 win (away to El Salvador)
🇺🇸 lose (home to Honduras)
🇵🇦 lose (away to Mexico)
🇨🇷 to not win (away to Jamaica)

So, let's start talking about it: when (not if) Canada boards the plane to Qatar next winter, who will be in the travelling party?

In normal times, World Cup rosters comprise of 23 players, three of whom must be goalkeepers. In a COVID world, the rules have often been more lenient, with this year's Africa Cup of Nations permitting 28-man squads and last year's European Championship expanding to 26.

With those uncertainties in mind and months of club and international soccer still to be played, it would be foolish to try to nail down an exact list. But we can start to break down each contender's chances.

Locks are players who will unquestionably be in Qatar barring injury.

Probables are one step down — players who have a very good chance of being on the roster but will need to maintain their level in 2022 to confirm it.

Players on the bubble have work to do, needing to carve out a clear role for themselves or fight off a direct competitor.

Lastly, the wild cards — players who are not in the picture right now but whose progress or situation should be monitored.

Tajon Buchanan
If Buchanan has a positive first year in Belgium — and the early signs are good — Qatar could be the stage to take his career to the next level.

Jonathan David
Not long ago the subject of some premature concern over his performances, David now leads the Octagonal in goal contributions with four goals and three assists.

Stephen Eustaquio
Only turned 25 in December and likely to get his first taste of the Champions League next season. The best is yet to come.

Atiba Hutchinson
It's hard to see Hutchinson returning to play such a big part in these qualifiers and then deciding to hang them up before the World Cup itself. And if Atiba wants to be there, he will — and should — be there.

Alistair Johnston
Irreplaceable on the right side of Canada's back line. Finding a backup is one of Canada's most pressing areas of need. 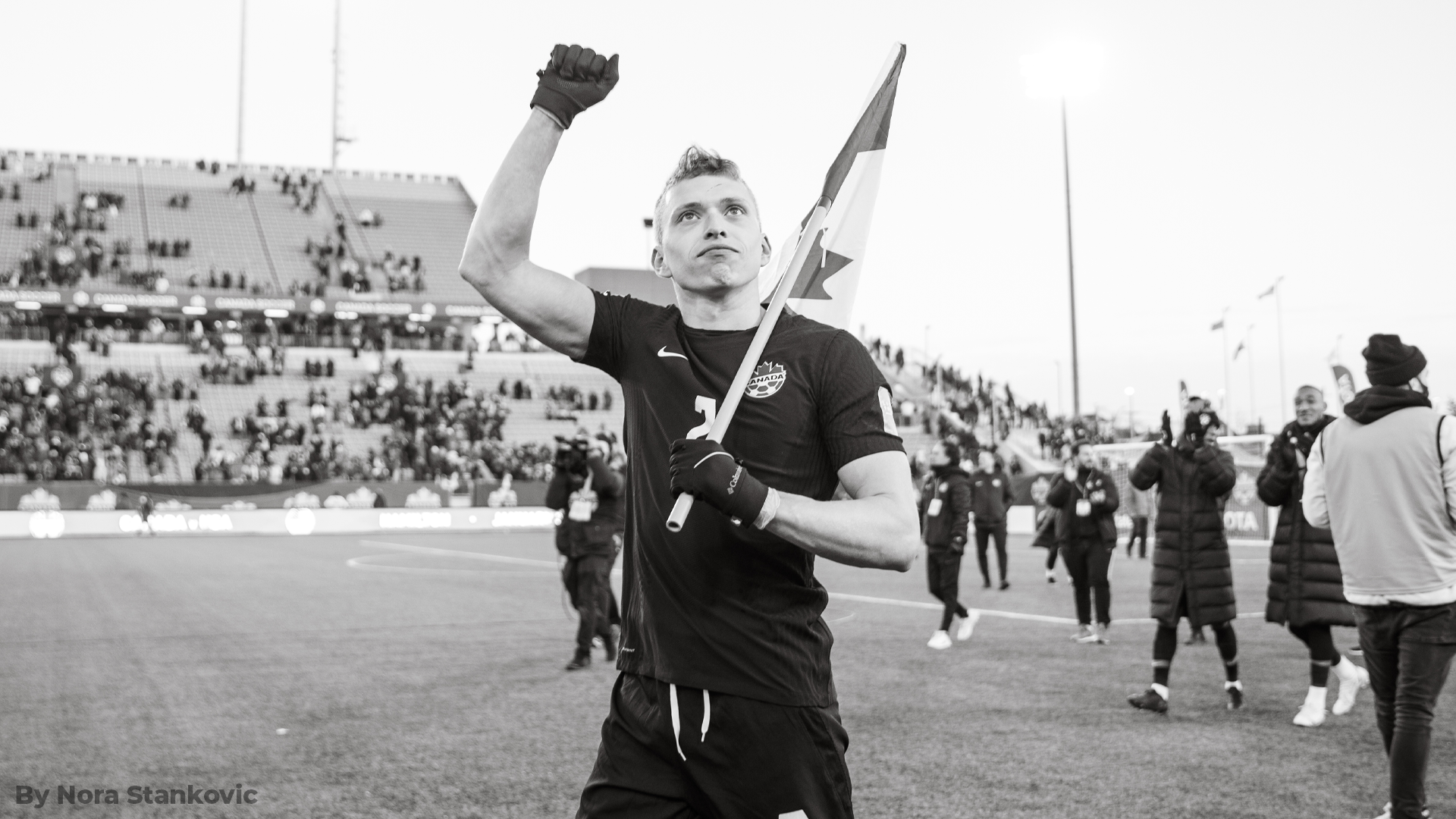 Cyle Larin
Canada's all-time leading goalscorer will be inundated with offers as a free agent when his Besiktas contract expires this summer.

Richie Laryea
Laryea's combination of quality and adaptability makes him one of the most valuable members of the squad.

Sam Adekugbe
I want to put him in the group above and I probably could do.

Maxime Crepeau
It would take a serious change in fortunes in Los Angeles for Crepeau's place to come under threat.

Junior Hoilett
The biggest question with Hoilett will be his health. He has played 45 minutes or more in four of the five qualifiers he has been available for.

Mark-Anthony Kaye
Kaye has made the most compelling case to be Eustaquio's post-Atiba partner in central midfield.

Scott Kennedy
Right now, Kennedy would appear to have the edge over Derek Cornelius to split left-sided centre-back duties with Kamal Miller.

Kamal Miller
A lock if not for the fact that in Kennedy and Cornelius, he has good competition.

Jonathan Osorio
Osorio may not be an automatic starter, but he has the technical and tactical level to succeed at a World Cup and saves his best for the biggest moments. 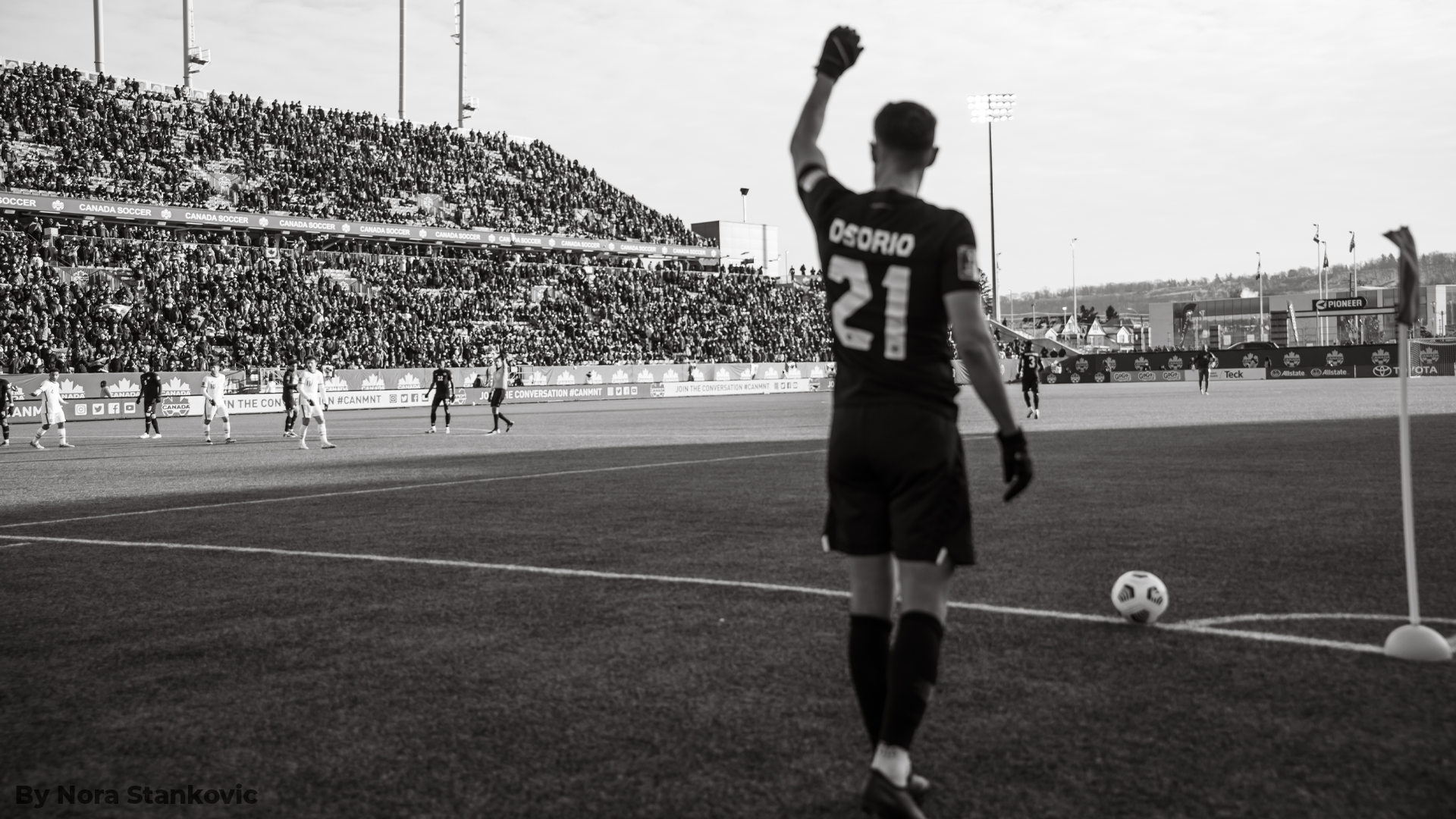 Ike Ugbo
It's early days for Ugbo in a Canada jersey, but as long as he is playing regular club football his role should grow.

Steven Vitoria
Another one that could be a lock. Vitoria may now be 35 but he has hardly put a foot wrong through qualification and unless age catches up with him very suddenly, it's hard to imagine a successor emerging before the World Cup.

Ayo Akinola
It looks as if Toronto FC might be ready to hand the keys to Akinola, which will give him an excellent chance of playing his way back into the squad so long as his recovery from an ACL tear is smooth.

Zachary Brault-Guillard
Next on the depth chart at right wing-back after Laryea, but has yet to play in the Octagonal and may be more likely to feature on the standby list.

Lucas Cavallini
Needs to have a big, big year with Ugbo and Akinola presenting new competition, but he offers something different to Canada's other strikers.

Theo Corbeanu
An enormous talent and potential game-changer, but he hasn't featured in the Octagonal.

Derek Cornelius
Is doing all the right things both with his club and when called upon for Canada. But he will need to outplay Miller or Kennedy.

Cristian Gutierrez
See Brault-Guillard, but for the left side.

Doneil Henry
Henry is an important emotional leader who Herdman will want to have in the camp. But he still needs to prove he can be relied upon on the field and his performances have been up and down.

Liam Millar
Playing very well in Switzerland, but still has work to do to turn Herdman's head in such a talented attacking group.

Samuel Piette
A totally reliable veteran with a superb attitude. But can he hold off younger players starting to make their case in central midfield?

David Wotherspoon
In a race against time to get fit and back into good club form after suffering an ACL tear in December.

Mathieu Choiniere
The 22-year-old broke into CF Montreal's lineup last season and has drawn strong reviews out of training camp.

Marcelo Flores
Canada could hardly have made a stronger case to the Arsenal prodigy, but for now it appears Mexico has the edge in the race to secure his international commitment.

Daniel Jebbison
Jebbison continues to impress in England. The offer of a place at the World Cup could secure his commitment, but will Herdman see a player who does not turn 19 until August as ready and deserving?

Jahkeele Marshall-Rutty
A long shot, but if Marshall-Rutty lives up to his billing as Canada's top prospect since Davies things could move very quickly.

Stefan Mitrovic
An intriguing prospect, Mitrovic was set to be involved in Canada's January camp before it was called off. Has played for Serbia at under-21 level.

Ralph Priso
Priso has enormous talent and could be a regular starter for Toronto this season. One to keep an eye on.

Joel Waterman
Waterman made big strides last season and could become an interesting option if he plays in between Johnston and Miller in Montreal's back three this year.