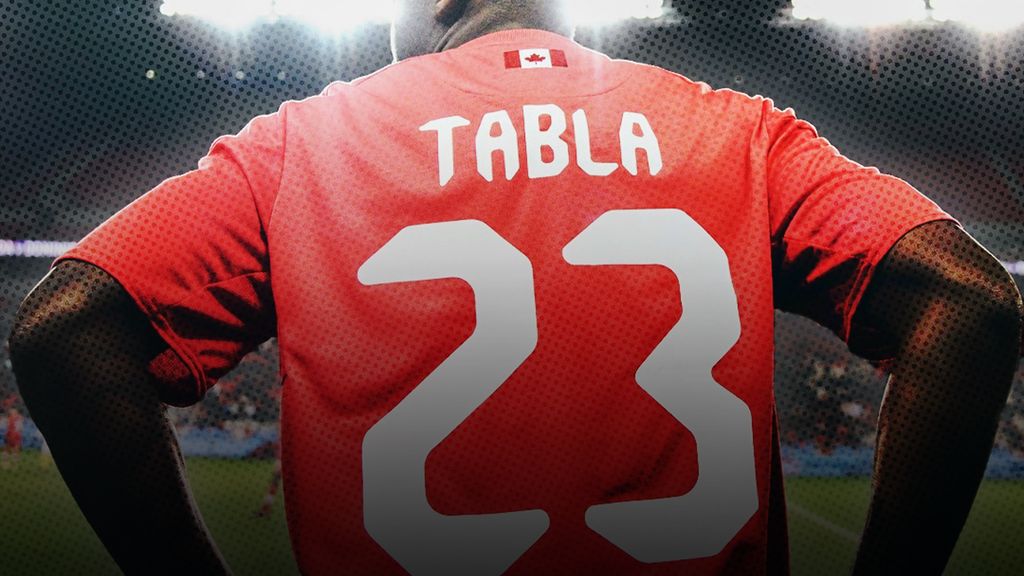 TORONTO – If you were to look back for some hint at what is now a golden generation in Canadian men’s soccer, you might land upon a Sunday afternoon in Doncaster, England, in March of 2016.

In front of a few thousand people at Doncaster Rovers’ Keepmoat Stadium, a Canadian under-20 team produced a shock 2-1 win against an England side led by Marcus Rashford, who had scored the winning goal in the Manchester derby a week earlier.

Rashford was the only 1997-born player in an England starting XI that otherwise consisted of players born in 1995 and 1996. What made Canada’s win even more notable was the presence of two players in Gale’s lineup far younger than that — one born in 2000, and another in 1999.

Their names were Alphonso Davies and Ballou Jean-Yves Tabla, and they had the potential to change everything.

The two followed similar paths, with Tabla’s family arriving in Canada from the Ivory Coast when he was a child and Davies’ doing the same from Liberia via Ghana. Tabla would be taken in by the then-Montreal Impact’s academy, while Davies was picked up by the Vancouver Whitecaps. 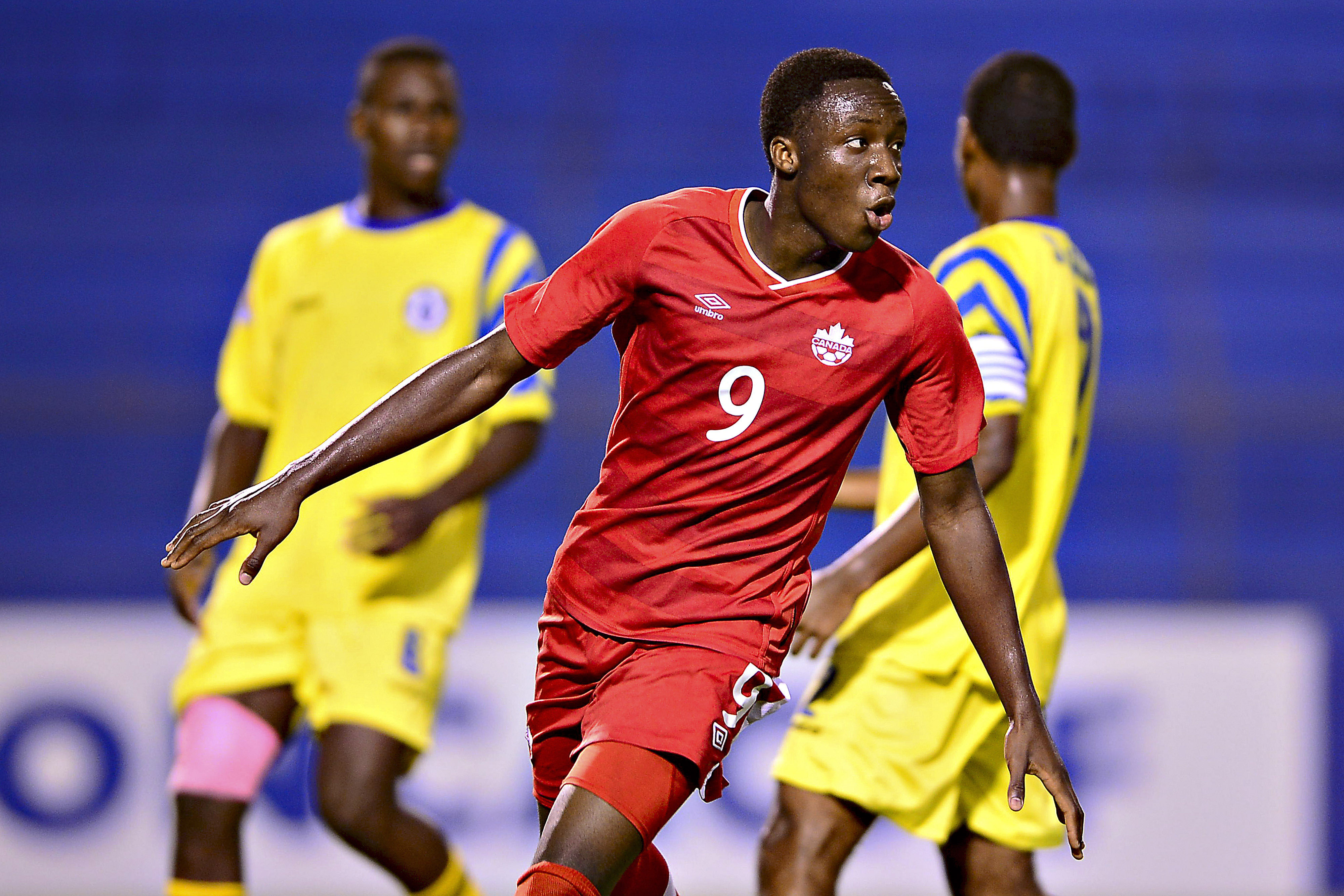 By 2018, Tabla was on his way to Barcelona. Later that year, Davies agreed record terms with Bayern Munich.

It was at that point that their trajectories began to diverge. While Davies became a sensation in Germany, Tabla was soon sent back to Montreal — first on loan, and then permanently. At the end of 2021 season, after multiple long-term injuries, Montreal decided not to extend Tabla’s contract. As he nears his 23rd birthday, he will now attempt to rebuild his career in the Canadian Premier League with Atletico Ottawa.

“(My goal is) just to enjoy football again,” Tabla told OneSoccer from Atletico’s preseason camp in Spain. “To enjoy the game and to be at the top, where I’m supposed to be, without injuries and without anything else except the field.”

The pressures of being a top prospect

Tabla’s lack of success since returning to Montreal is generally attributed to two things.

The first is his injuries. Tabla suffered an adductor injury at the MLS Is Back tournament during the COVID-shortened 2020 season, ruling him out from mid-July until October. Then, in Montreal’s 2021 preseason, he suffered the same injury in the other leg and did not return until September.

Then there are the critics of his approach to the game. Tabla has already been the subject of more scrutiny than many players experience in their entire careers. In one report published by the 98.5 FM radio station in Montreal, various anonymous sources called his attitude into question. At the same time, others have been willing to go on the record to defend him.

What is hard to avoid is that both Thierry Henry and Wilfried Nancy seemed to feel the need to send a message to Tabla at one point or another. In a match against New York City FC in October 2020, Henry brought Tabla on as a substitute only to haul him off 14 minutes later. A year later, Nancy left a healthy Tabla out of the squad for a game against Philadelphia despite not having enough other players to fill his bench.

“I don’t really pay attention to (media criticism) because they don't know what’s happened, what’s going on daily in my life and in every training (session),” Tabla reflected.

🚨 Welcome to the Atleti family Ballou!

“I can have a conversation with the coach and some fans can see it or some journalists can write it a different way. It just comes back at me, about my professionalism and things like that.

“I’m confident. Right now, the only thing I regret is my injuries. I didn’t participate these last two years and that frustrated me because I love this game and I love playing football.

“But the rest of that... people are talking because today, if I’m not giving them what they want, they’re not happy. But tomorrow, if I’m doing good, the same people will be happy. I’m confident about myself, so I’m just waiting.

“Sometimes I hear things that people tell me and I’m just laughing about it. They don’t really know what’s happening in my life.

“They just read and then they have their opinion, you know? But the only thing I can control is the football and the way I can be professional and help my team and my coaches.”

What is still not in doubt is his talent. When discussing the comparisons between Davies and Tabla as teenagers, one former teammate pointed out that for a while, Tabla was the top prospect.

His gifts were on show in Montreal’s Canadian Championship tie against HFX Wanderers last season. With the game tied 1-1 as added time approached, Tabla rifled in a brilliant finish from 12 yards to win it. Before the whistle, he had engineered and converted a superb third goal.

For a tantalizing few minutes, he looked a cut above everyone else on the pitch.

@clubdefootmtl get ANOTHER from the foot of Ballou Tabla, and are heading to the Canadian Championship semi-final after dispatching @HFXWanderersFC! #CFMTL | #CanPL | #CanChamp | 🔴 https://t.co/hishXeHsKB pic.twitter.com/jGvWHEAMGR

“We know he is a very talented player,” new Atletico coach Carlos Gonzalez said. “But we have to try to protect his mind so that he starts to have the self-confidence that he needs to give us his best level.”

As Davies has led the men’s national team to new heights, Tabla’s recent involvement in the program has been limited.

After featuring at the under-23 Olympic qualifiers last year, Tabla had a conversation about his future prospects with John Herdman’s assistant coach Mauro Biello. He says that Biello — who brought him into the first team in Montreal — expressed confidence that he has what it takes to return to Herdman’s senior group.

Tabla, for his part, has no doubts on that front. 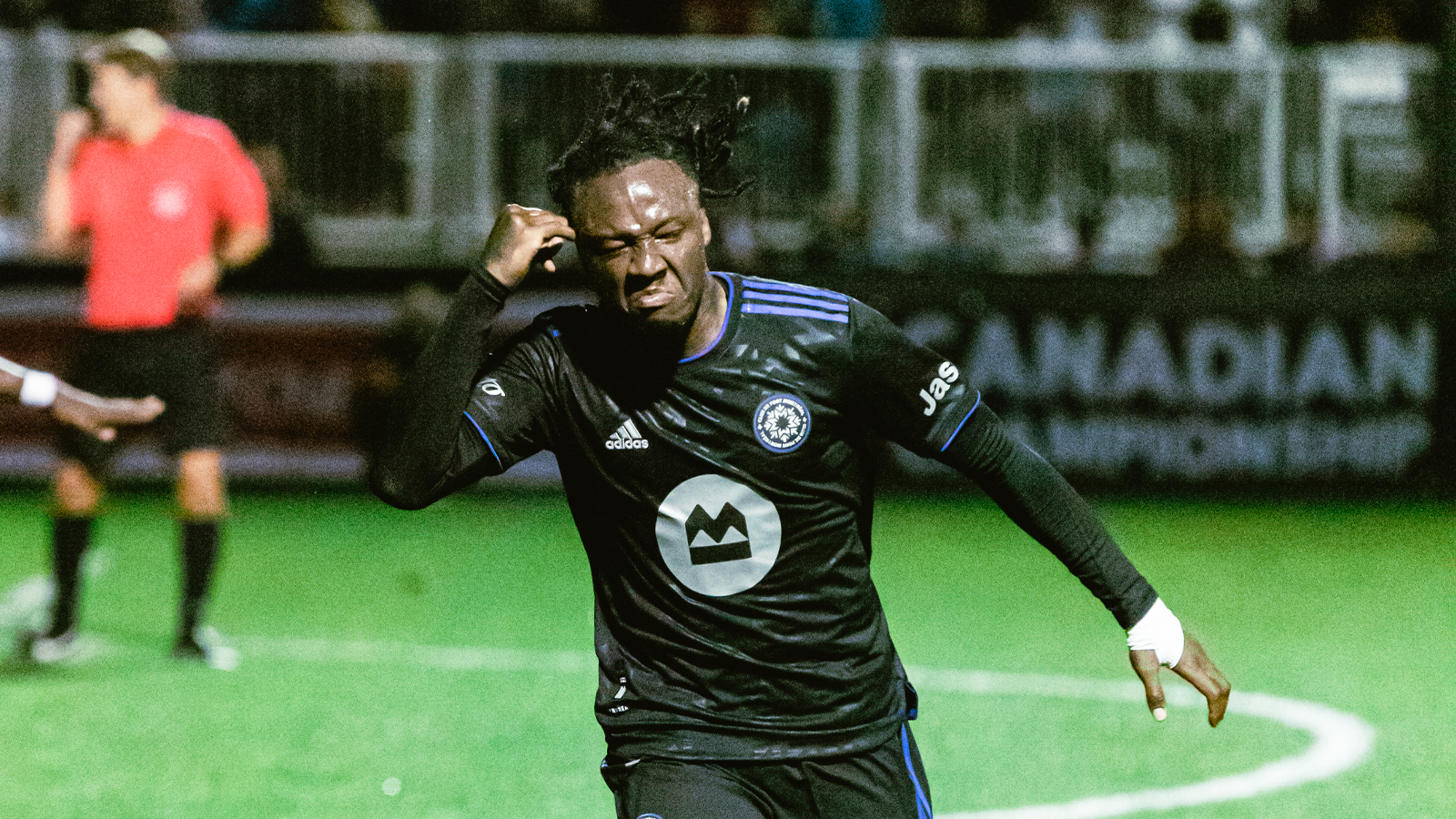 For now, he is focusing on rediscovering the joy he played with on that remarkable day in England six years ago – and leading Atletico Ottawa to a CPL title.

“Of course, when you've been injured and in a situation with a club where there's no positive stuff… the mentality is not good, you know? You don't feel happy, you ask yourself so many questions,” Tabla admitted.

“It's difficult to be happy and to enjoy football. But I'm happy right now. I'm free, my mind is free, I'm in a good environment, and I cannot wait to enjoy it.”