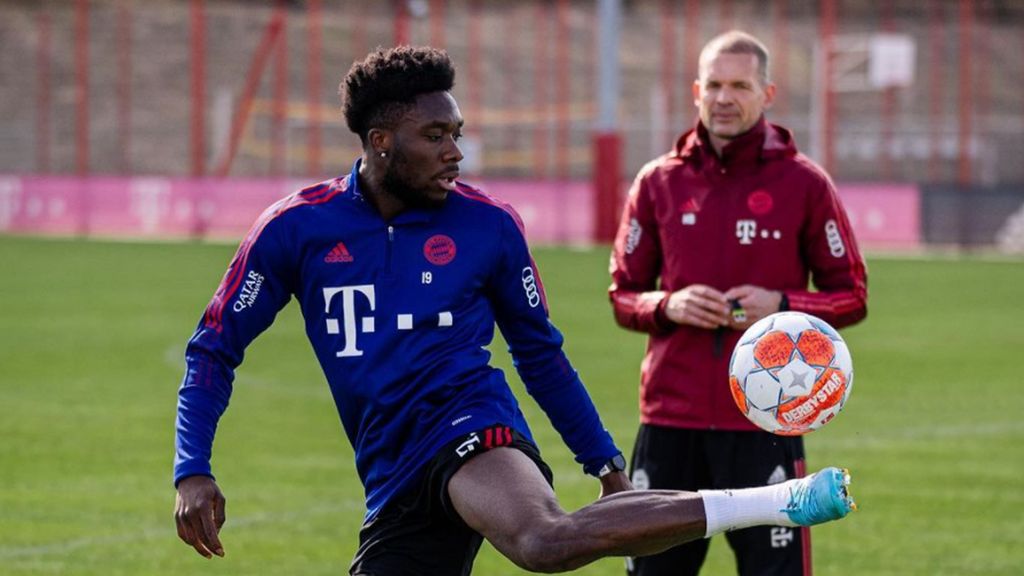 Alphonso Davies has returned to Bayern Munich training, with manager Julian Nagelsmann expecting the Canadian superstar to become available in the next 2-4 weeks.

"Phonzy will still be out for two, three to around four weeks," Nagelsmann said, as quoted by ESPN's Derek Rae, after Bayern's 1-1 draw with Hoffenheim on Saturday. "The exam he underwent has shown that the best-case scenario occurred and the fluid has disappeared from his heart muscle. We're happy about that and hope he'll be back soon.

“He will be allowed to be pushed only on a moderate basis come his first week back & will then be examined again. But everything is looking good.”

Davies has been ruled out since mid-December as a result of heart complications following a bout of COVID-19, and missed Canada's World Cup Qualifying window in January as a result.

And, with a timeline of 2-4 weeks away from full recovery, Davies would likely not be made available to John Herdman for the final WCQ window at the end of March, either.