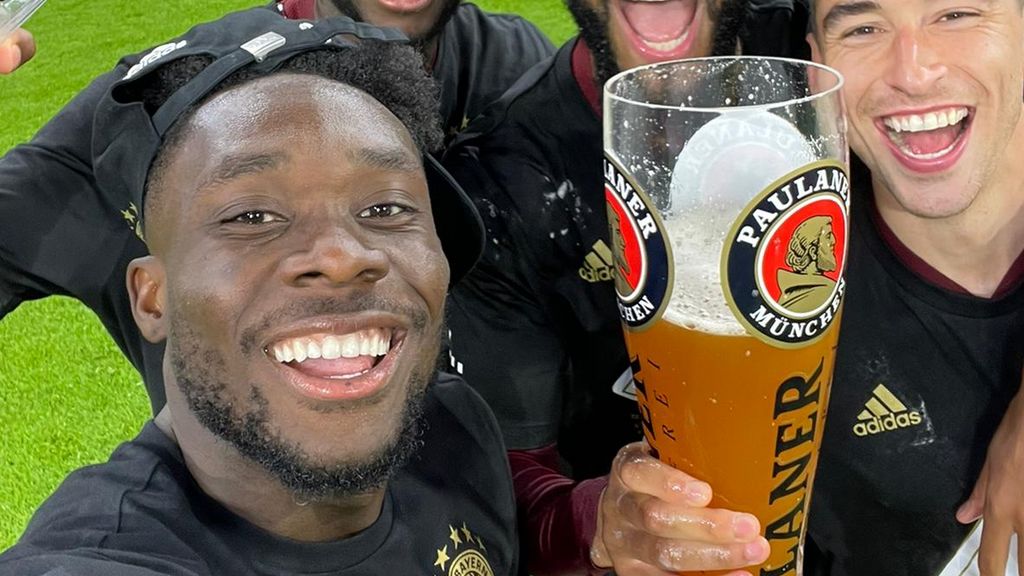 Alphonso Davies is celebrating yet another major European title, as Bayern Munich defeated Borussia Dortmund 3-1 over the weekend to clinch their record-extending 10th Bundesliga title.

In what has now been a decade of domestic dominance from the Bavarian outfit, Bayern completed their Bundesliga campaign with three games in hand, too.

But for Canadians looking on, it is the return of young Canadian superstar Davies that merits the brightest cheer.

The 21-year-old missed almost three months of action at Bayern this season, having been sidelined with a heart condition following a COVID-19 infection.

Despite his absence, Davies remained a huge part of Canada's successful World Cup Qualifying run, cheering his teammates on via Twitch.

He successfully recovered and returned to Bayern's starting lineup in time for the team's UEFA Champions League clashes against Villarreal in early April, and now celebrates his fourth Bundesliga title alongside his CONCACAF Men's Player of the Year award for 2021.

Bayern's 10th consecutive German title is a record among Europe's top five leagues, standing one more than the the nine straight Serie A titles won by Juventus from 2012 to 2020.

Catch our "CANADIANS ABROAD" series on YouTube for weekly updates on all the latest club news for our CanMNT and CanWNT stars, Wednesdays at 7PM ET on youtube.com/onesoccer