'We back!': Alphonso Davies' Canada return is a moment worth celebrating 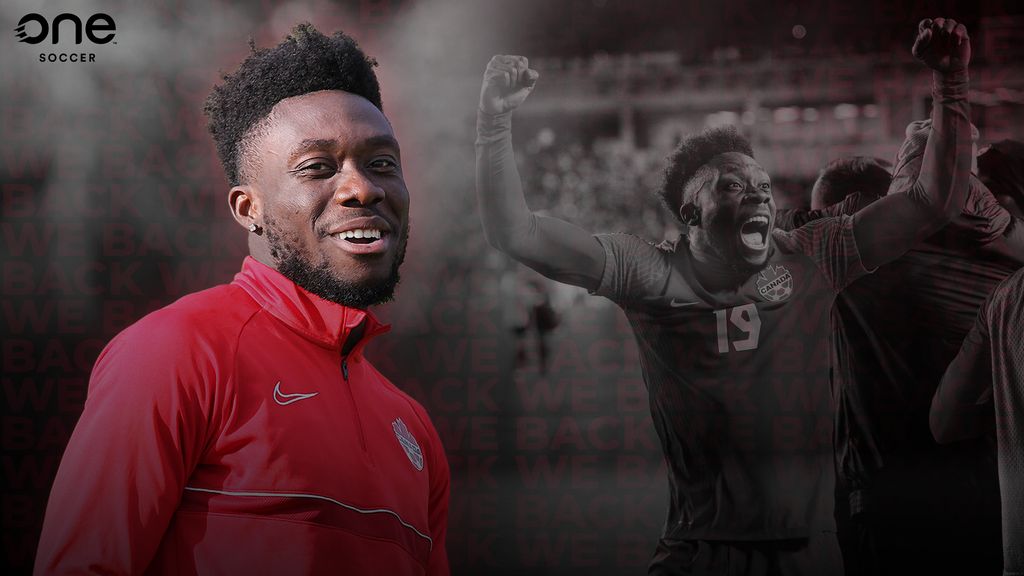 TORONTO – The last time Alphonso Davies played for his country, he ended the night running a lap of honour around the pitch, Canadian flag in hand.

It was Mexico. It was Iceteca. It was the win that forced even the most cynical to truly believe.

There were but a few things anyone could have said to dent the nation's new-found confidence that evening ... but a messenger from the future informing us that Davies would not feature in another qualifier would have made that shortlist.

A COVID case and the frightening diagnosis of myocarditis that followed forced the 21-year-old to go nearly four months without a match for club or country.

Canada, astonishingly, collected nine points out of nine in their first window without Davies on the back of an inspired Jonathan David.

The prep for the @FIFAWorldCup starts HERE! 🇨🇦📈#CANMNT #WeCAN pic.twitter.com/4lyQuAIa27

But though it was masked by the jubilation of qualification, his absence was more keenly felt in a March window that saw the Canadians' unbeaten record come to an end with 1-0 losses in Costa Rica and Panama.

Now, fittingly, Davies will pick up where he left off in Edmonton in the other city closest to his heart: Vancouver, where he made his name with the Whitecaps.

And he will do so against one of his most memorable victims in Panama, who were on the receiving end of one of the greatest goals in Canadian soccer history last October.

If there is one good thing that comes from Davies’ absence, it is the reminder it provides us to cherish every moment we are fortunate enough to watch him wear the maple leaf – particularly in the flesh, on home soil.

(Especially when it only costs $30 to witness.)

Upon stepping on to the training pitch on Tuesday, the best player in Concacaf had just one thing to say.

What can Canada learn against Panama?

We’ve spent quite a bit of time on OneSoccer Today discussing the ins and outs of Canada’s now-cancelled friendly against Iran, so I won’t revisit that debate here.

(If you missed it, here’s the most recent episode on that topic.)

The switch of opponent from Iran to Panama undoubtedly has implications for John Herdman’s World Cup preparations, and independent of that this was always going to be a vital window.

From a purely sporting perspective, there’s no escaping that losing the Iran match is a blow.

This is one of just three dates Canada has available to play against non-Concacaf opposition before the World Cup. BC Place was sold out – revenue that could have been put straight back into the September window and the World Cup. Iran is ranked 21st in the world and has legitimate World Cup experience, having qualified for three tournaments in a row.

The United States is squeezing in two friendlies against Morocco and Uruguay. Mexico plays Uruguay and Ecuador. After the pandemic-enforced inertia of the past couple of years, they were eager to get out of the region and Canada was too.

It puts more pressure on Canada Soccer to get those two September fixtures right – something that won’t be an easy task given that the UEFA Nations League has taken European teams off the menu. That’s an especially tough break for Canada, who will face two of the continent’s best in Croatia and Belgium in their group.

With all that being said, Panama just beat Canada to close out qualifying. And the 4-1 win at BMO Field last year was far less one-sided than the scoreline suggests.

We have seen that there is a big gap between Canada’s best players and Panama’s best players, and that those star names have the potential to win this game regardless of what is going on around them. What we didn’t see in either qualifier is a complete 90 minutes – a team performance dominant and purposeful with the ball and smothering without it.

It does not diminish Canada’s achievement of qualification to acknowledge that their success was, for the most part, based more on explosive, counter-attacking play than sustained control.

Canada averaged 2.1 passes in the build-up to their goals during the Octagonal – fewer than Mexico, Costa Rica, and Panama and half of the United States’ average of 4.2 passes.

That may actually work in their favour at the World Cup as they will be the underdog in every game they play and, against Belgium and Croatia in particular, possession of the ball is likely to be in short supply.

The Canadians have demonstrated that they can be at their most dangerous when they appear to be at their most vulnerable – the further they are pushed back towards their own box, the more space the likes of Davies, David, and Tajon Buchanan have to operate in on the break. Panama got a taste of that in Toronto.

But that does not mean Canada can shrug off the need to improve their ability to hold the ball.

If they cannot keep it at least for spells, the amount of defending they will have to do against top-quality players will be exhausting and, eventually, their resistance will break.

And when they are looking to spring those counter-attacks, the outlet passes will need to be clean or else they will be picked off by more athletic and organized opponents.

It may not be the first test anyone had imagined, but Sunday’s match is nevertheless an intriguing chance to measure Canada’s progress if you look in the right places.