Alistair Johnston responds to Herdman's European call: 'I need to get better' 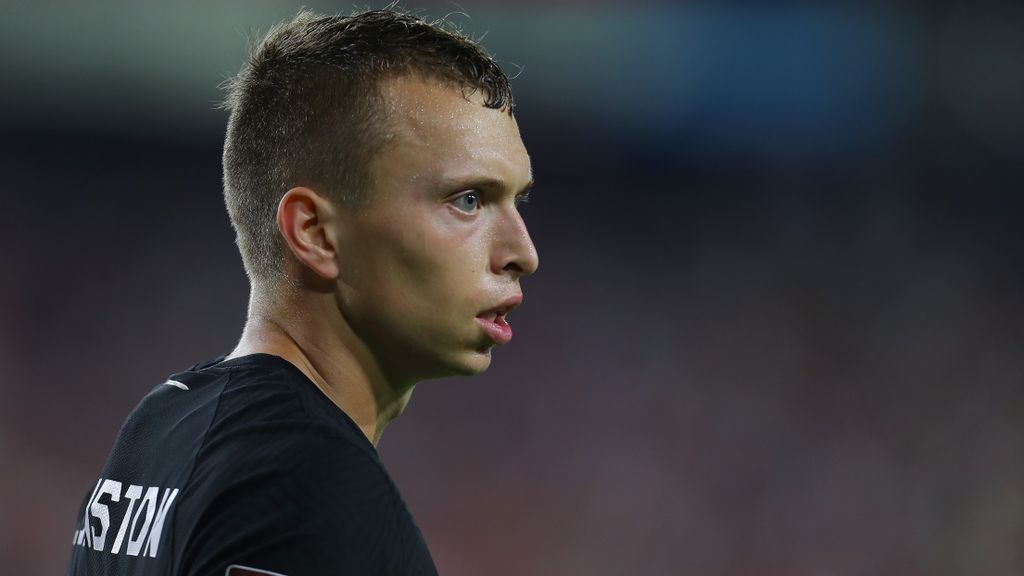 Alistair Johnston says he understands the intrisic desire to see more Canadians playing abroad, but cautioned that regular playing time ahead of the 2022 FIFA World Cup was also a priority amid calls from Canada manager John Herdman to have more of his players playing in the top European flights.

Herdman specifically outlined the CF Montreal defender among the handful of his regulars whom he believes can take that next step and play for a bigger outfit abroad.

"I'm hoping to see people like Alistair Johnston, people like Kamal Miller make the next step into those top leagues in Europe," Herdman had said, ahead of Canada's final World Cup Qualifying match against Panama.

"When you're number one in Concacaf – and that's what we're going after in this next game – and you see those American boys playing, all of them in Champions League clubs?

"It's a bit of a head scratcher when our Canadian boys there are still playing in MLS."

While Johnston appreciated the support, he also offered that Montreal was a good environment to be in at this stage of his career, too.

"Being a national team coach, he wants his players playing at the highest level possible," Johnston told IMFC Radio.

"It's been nice that, when we show up to national team camps, we're sharing the same field as guys like Jonathan David and Alphonso Davies, and guys like myself, Kamal Miller, Ismael Kone, we don't look out of place out there.

"I think that's something the Canadian coaching staff looks at – especially those who have played in Europe – and they go, 'You know what? There's no reason why someone who can hold their own out here and compete at a high level with these guys can't be playing at a higher level at the club (level).'

"But, at the same time, MLS is a really good, tough league. A lot of people underestimate how strong of a league it is. Also, for myself right now, getting consistent minutes is really important, because I want to grow as a player.

"I need to get better; there are so many areas of my game I want to improve, and I'm at a great club where I can do that.

"I understand exactly where John is coming from. He sees it from that aspect; look, Jonathan David's out there, and Kamal Miller can handle him, so why can't Kamal play at a higher level?

"He's pushing that this isn't the Canada of 10 years ago, where maybe there were one or two players overseas in smaller leagues; this is now a Canadian national team that has the ability and quality in its player pool to qualify for a World Cup, and compete. There should be players playing at the highest level."