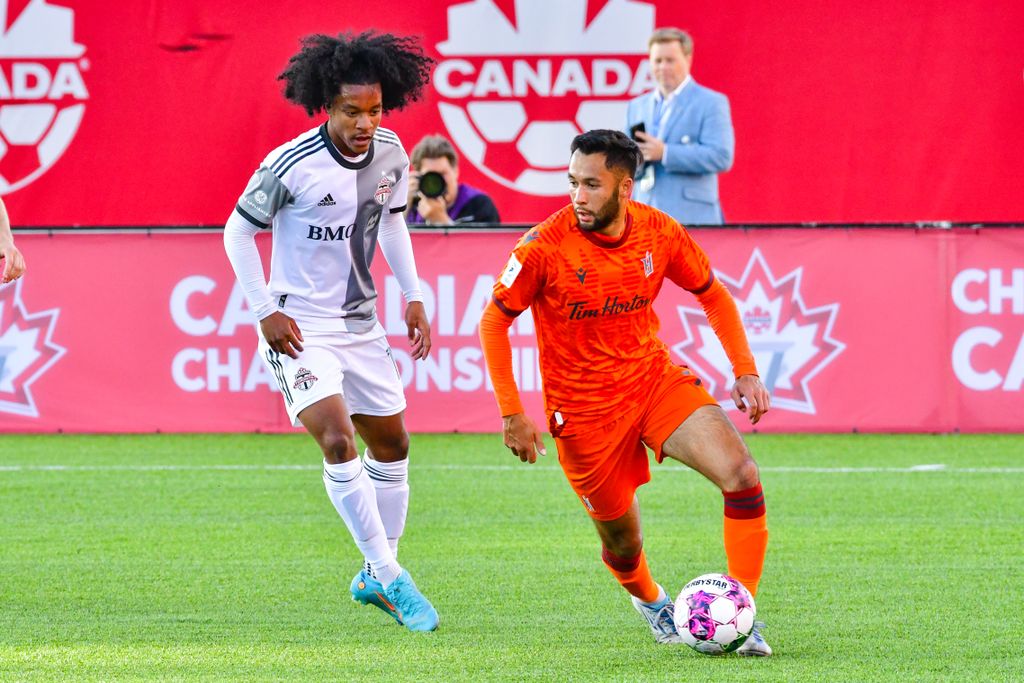 HAMILTON – To date, David Choinière's MLS career accounts for just 120 minutes of action, over the course of three seasons. All with the Montreal Impact.

But since being cut from the team in 2018, the 25-year-old has done nothing but try to get back to the big show (and score some big-game goals for Forge FC, too).

Ever since signing with the Hamilton-based side in the CPL's inaugural 2019 season, Choinière has been one of the very best players in the league, scoring 10 goals in 59 regular season games for the club.

He's not leading in any scoring charts, sure ... but none of his CPL colleagues can claim a Champions League goal against Cruz Azul at the infamous Estadio Azteca, either.

David Choinière defines the word "quality" in the quality-over-quantity debate. It's why he emerged out of the redux 2020 Canadian Championship final vs. Toronto FC as a clear standout over 90 minutes.

After that Voyageurs Cup final on Saturday night – where Toronto FC won on penalty kicks and became champions for an 8th time – a disappointed Choinière told OneSoccer that he feels he's shown what he's about.

He bamboozled Luca Petrasso. He was a nightmare for the Reds. Let's get talking, shall we?

"I think so, yeah," Choiniere replied, when asked by OneSoccer if he believes he's ready to return to MLS.

"While it's not my decision, all I can focus on is getting better, and to keep working hard. I've got to keep my head in the right space. If i do all those things? I give myself the best chance." 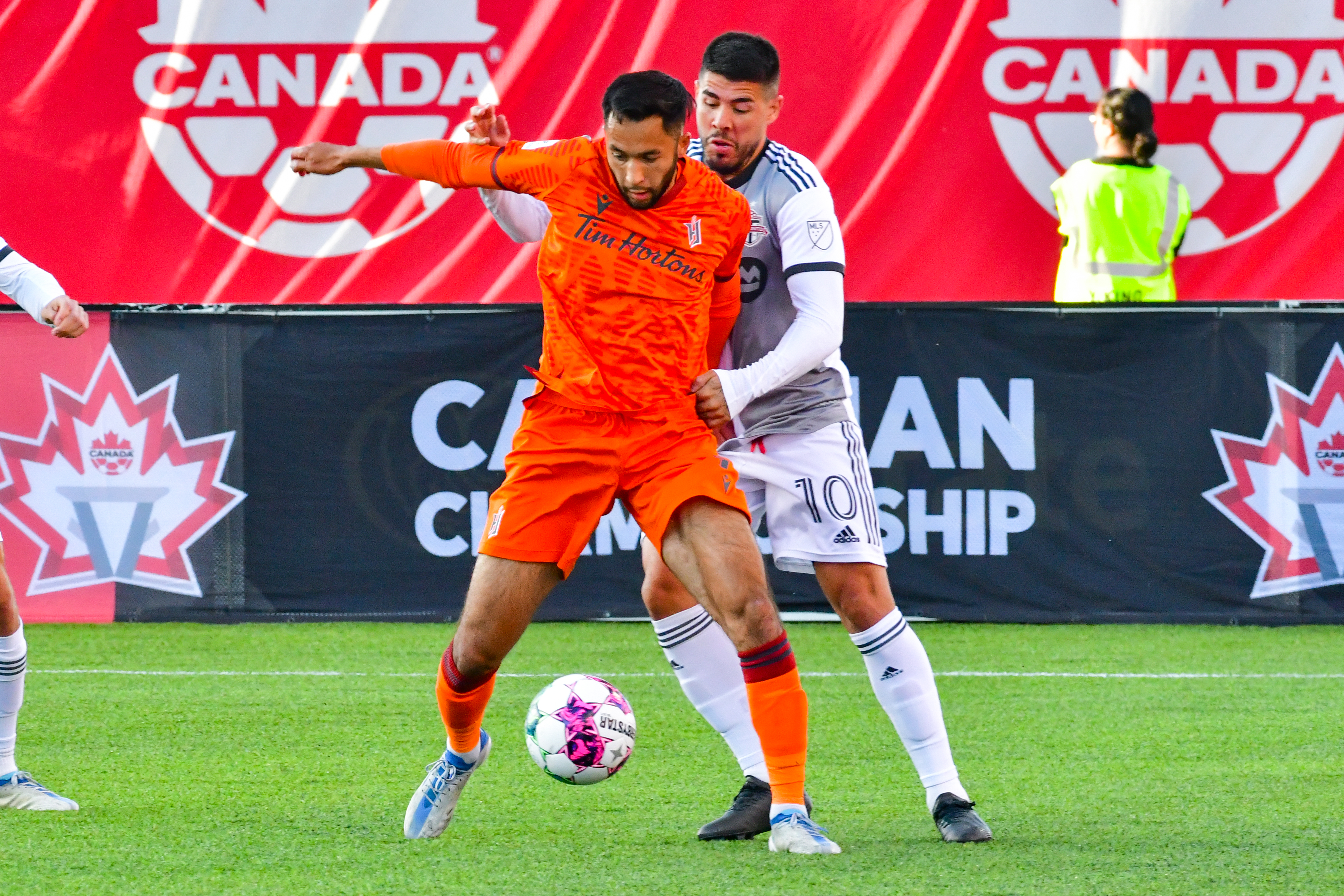 It's a remarkably humble response from a player who has already helped Forge to two CPL titles, all while notching some of the club's most important goals in their short history within CONCACAF.

Beyond wrapping up the inaugural 2019 CPL finals with a 95th minute goal in the 2nd leg vs. Cavalry FC, Choinière also scored against Olimpia of Honduras, as well as FAS and Municipal Limeno of El Salvador – goals which led to multiple team of the week honors in Concacaf.

His response is significant less modest.

"He's ready," Metusala affirmed strongly. "We saw on Saturday (vs. Toronto FC) that he can compete against MLS players. He can do well there and even reach a higher level."

Metusala, who represents Haiti internationally and was even called in for the team's Concacaf Nations League matches this window in June, believes Choinière offers a mix of key factors that often take a player to the very top.

But it's not always straightforward. It's why leagues like CPL are so crucial for this age-range. Ask Lukas MacNaughton, for instance – now a regular at Toronto FC, but a player who would very well have fallen right through the cracks if Pacific FC wasn't around to scoop him up out of the University of Toronto.

Those same twists of fate, opportunities given, or not given, or ultimately taken? It's why the younger Choinière brother, Mathieu, calls CF Montreal's starting XI his own.

To that end, Metusala knows David Choinière is in a battle with destiny, too.

"Football is all about timing and luck," he said. "A lot of things have to line up for you to get an opportunity. It's a matter of time. At the end of the year, I'm sure something will pop up for him. He always tries to give advice. Tries and helps others. Always positive. He's ready." 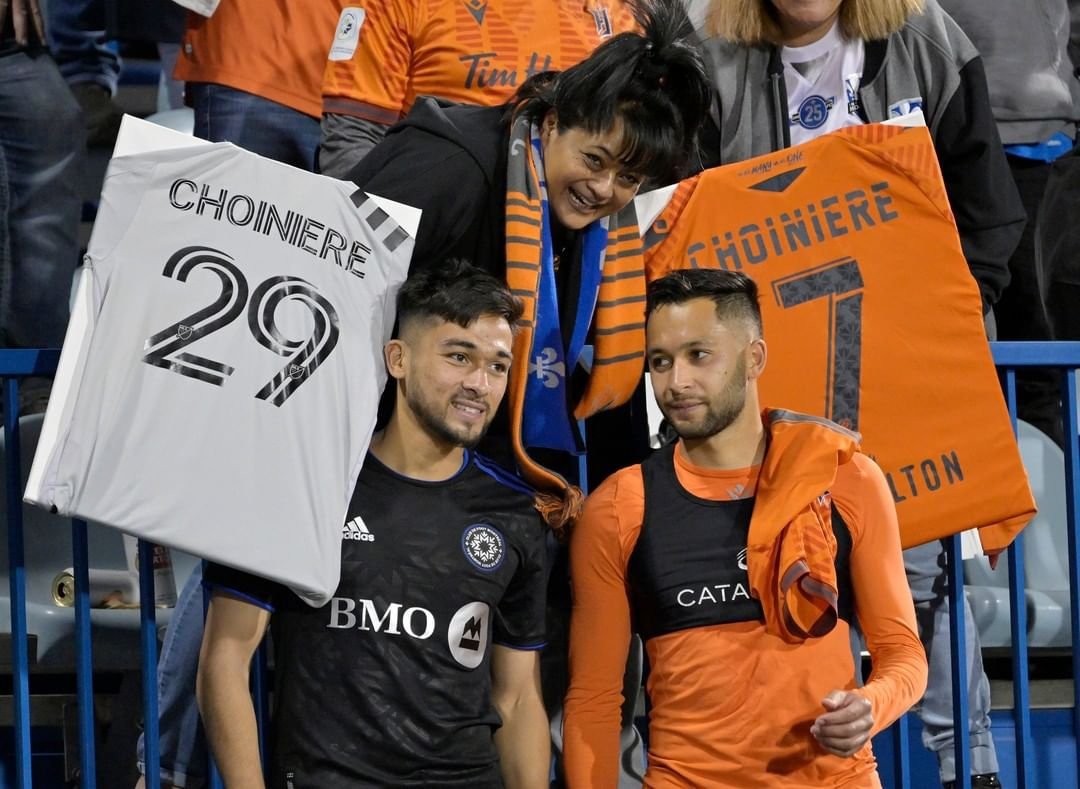 He is arguably the one person who has spent the most time with him on the field, even as players have come and go.

It's no surprise that Smyrniotis has high praise on one of his earliest signings.

"David is an exceptional player who has been instrumental in all levels of success our club has had both domestically and in continental competitions," he told OneSoccer, when asked about his winger.

"He is a player who continues to show his level in all big matches we have been part of.

"Of course he has all the ability to play beyond the CPL."

Smyrniotis has said in the past that unless you get to Real Madrid and Barcelona, there is always a step up in this game, for both players and coaches.

The Forge coach has never shied away from advocating for his players, and is also well aware that his star man's next move has also got to be the right fit.

"It's always dependent on how other teams scout and recruit, and what coaches needs," Smyrniotis said, to that end.

"One thing is for sure, though: I believe in him, and I'm beyond happy to have him be a part of all of our successes here at Forge FC."